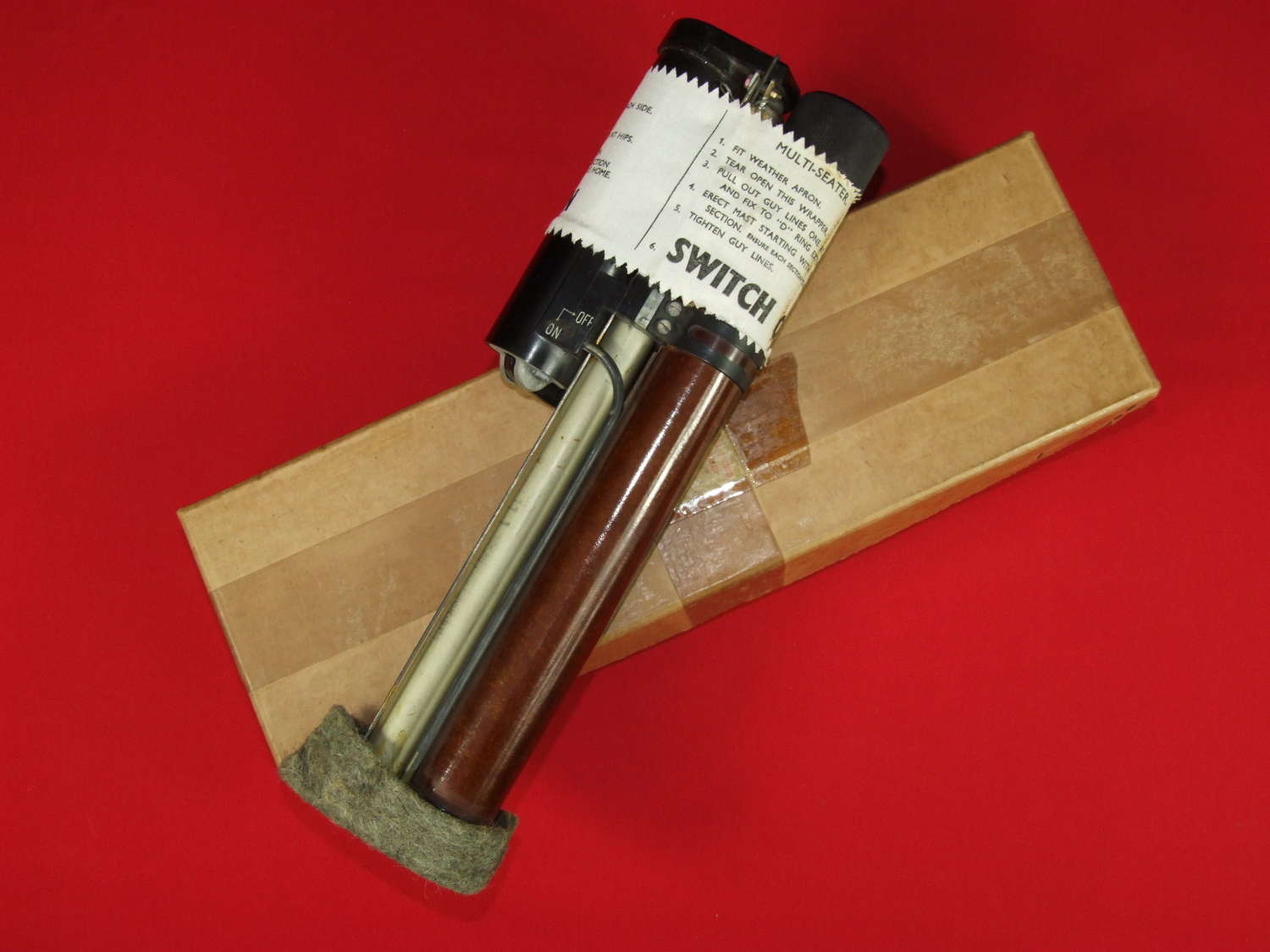 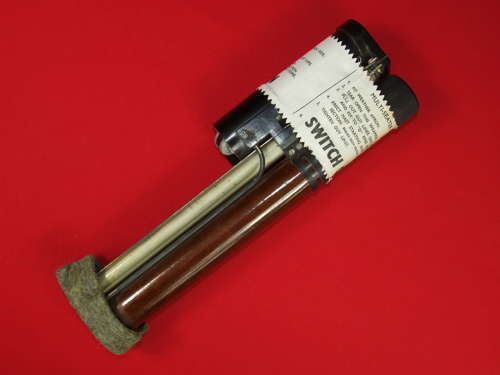 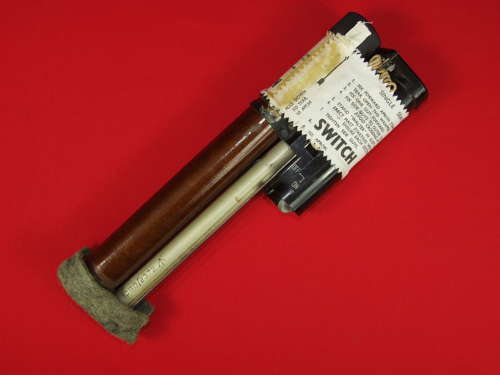 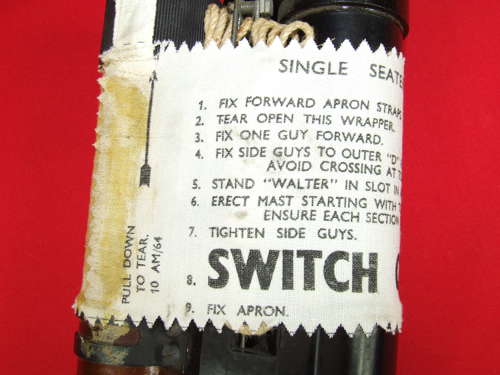 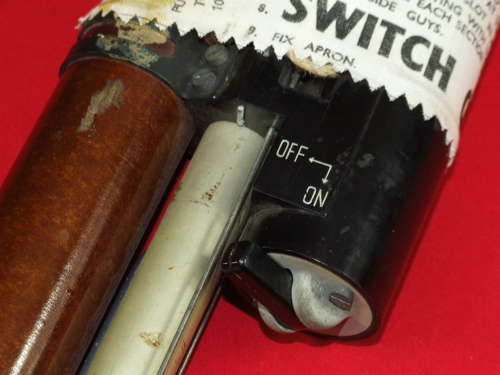 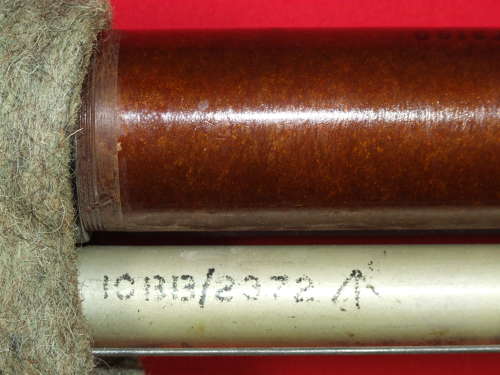 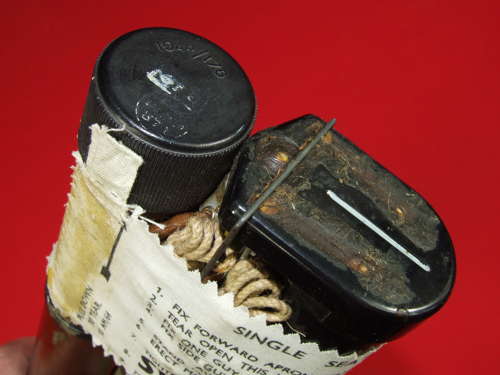 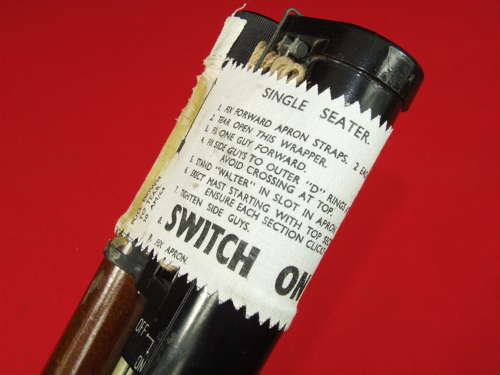 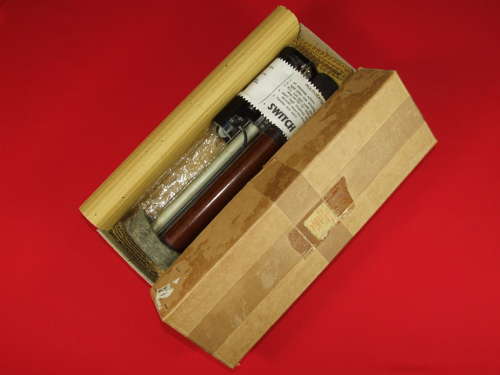 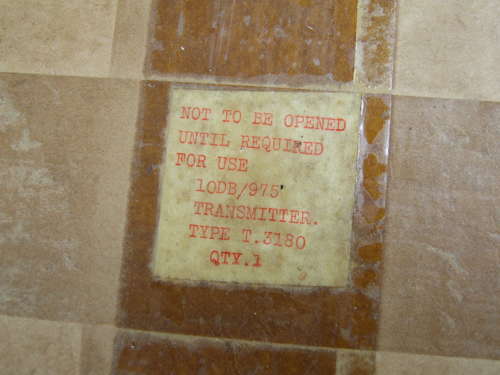 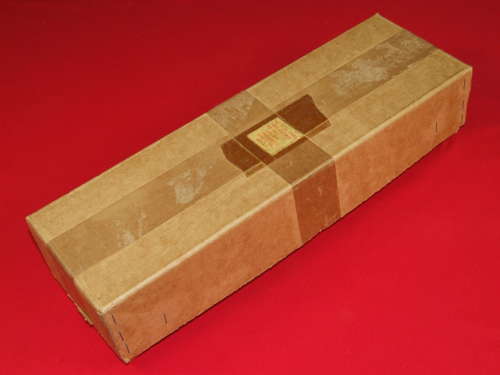 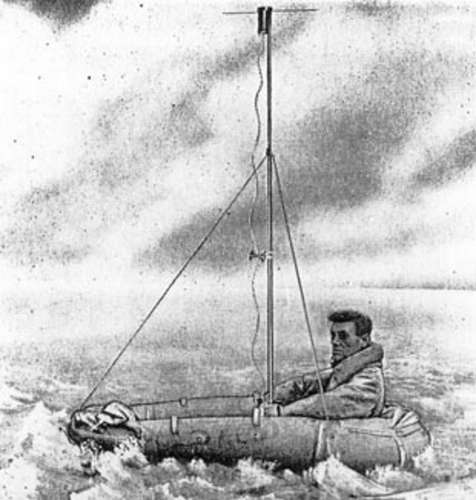 Transmitter Type T-3180 or 'Walter' was a British Air-Sea Rescue homing beacon. Owing to its compactness and very light weight it was used in virtually any type of life-saving craft including single-seater dinghies type K, Q and S. It operated on the Air to Surface Vessels (ASV) radar frequency of 177 MHz. Its signals could be received by airborne ASV Mk. II radar sets or Rebecca Mk. IIb equipment in Coastal Command and Fleet Air Arm aircraft.

It’ was a self-contained unit comprising a battery in waterproof case, aerial mast and a small oscillator/aerial unit. The power supply was fed from the battery case on the bottom to the oscillator unit by a length of cable running alongside When operational, the light weight telescopic mast was extended to a height of about 6 ft. The mast was fitted with three guy cords, normally secured to the sides of the dinghy. A felt pad fitted on the bottom of the set prevented slipping.

'Walter' operated from dry batteries and, depending on the circumstances, could operate continuously for 20 hours. However, if switched on and off at periodic intervals, the life was extended by four to six times compared to continuous operation. When not in use, the set packed into a very small space, normally issued in a felt bag enclosed in a waterproof rubber bag, weighing only 2 lb.

Now very rare to find, especially in this unissued condition