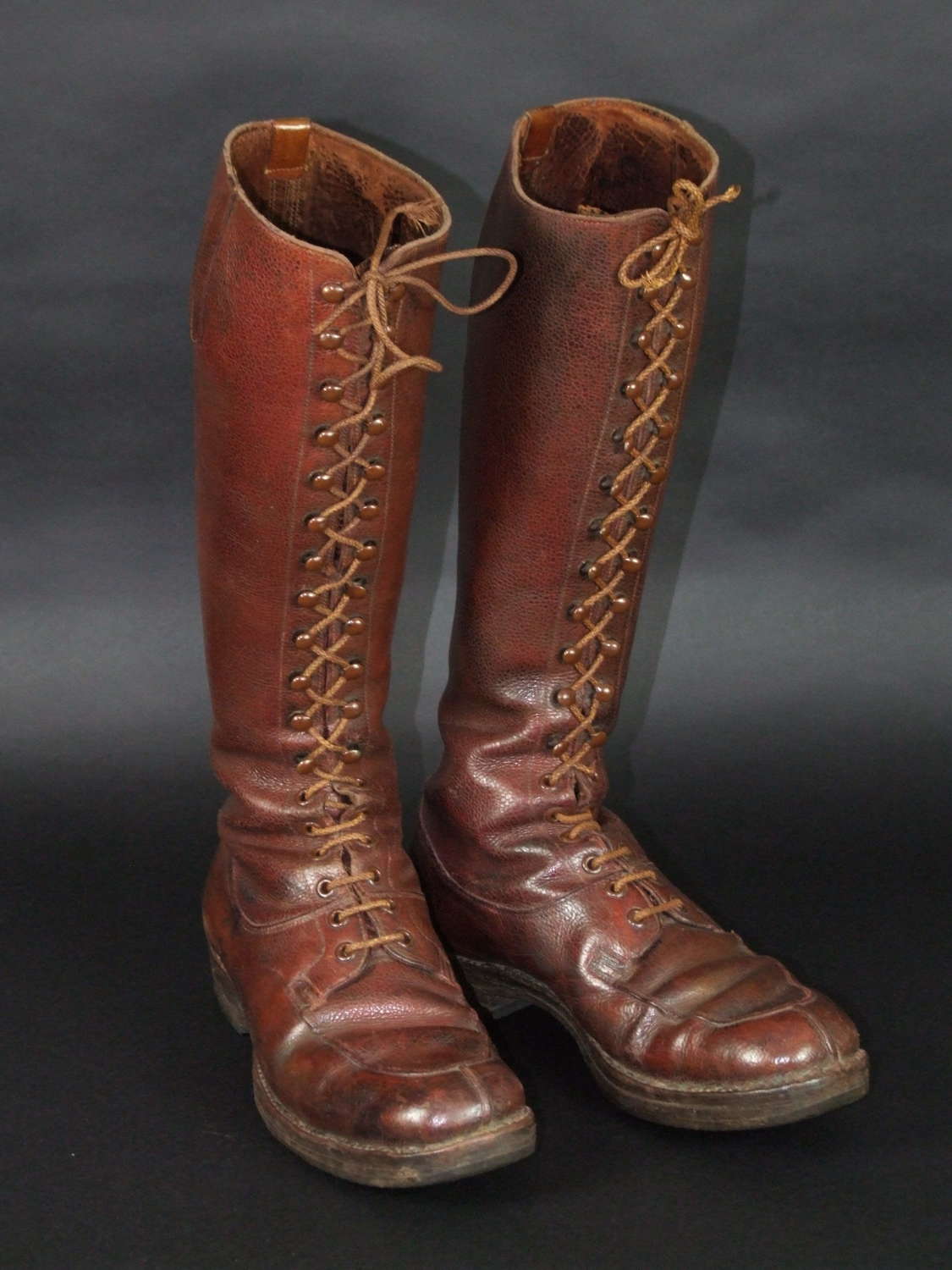 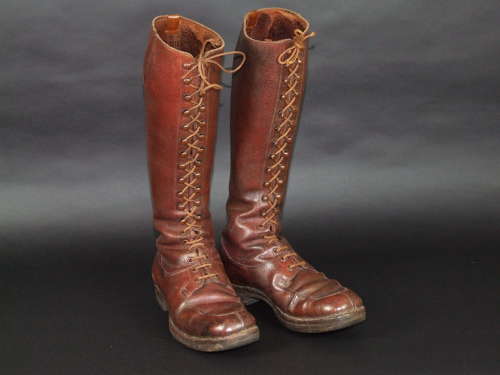 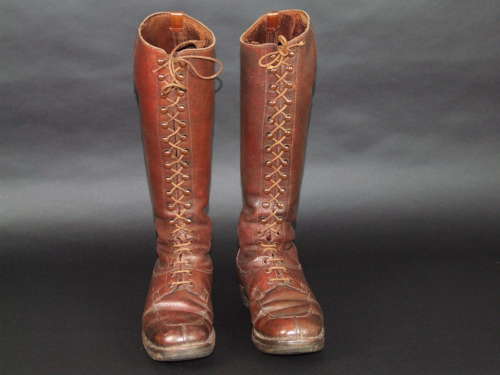 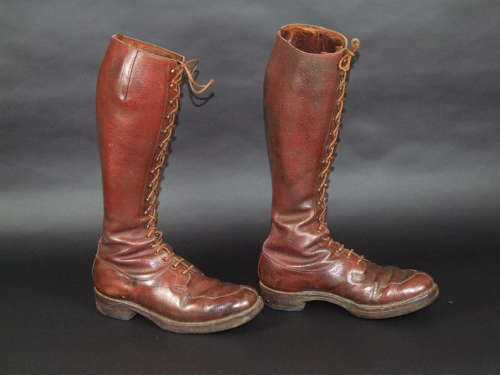 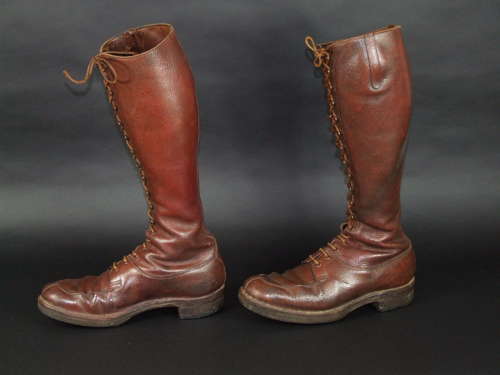 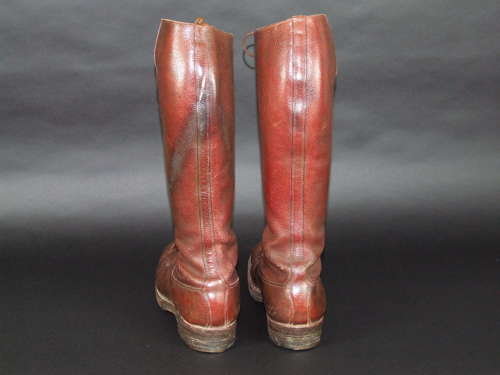 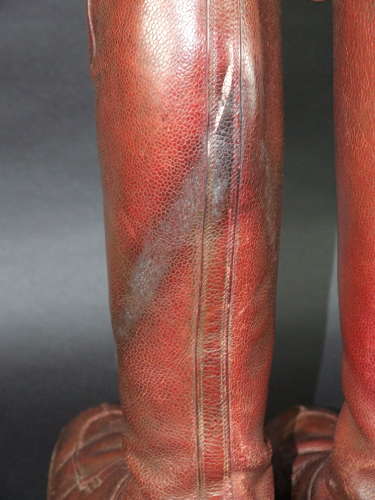 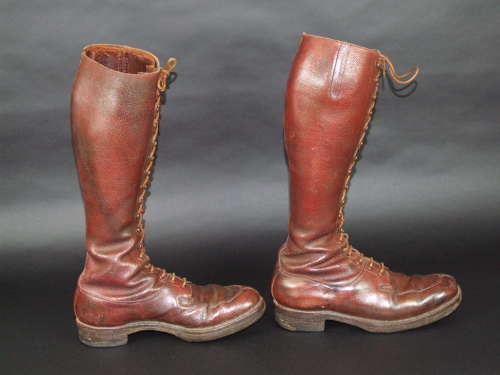 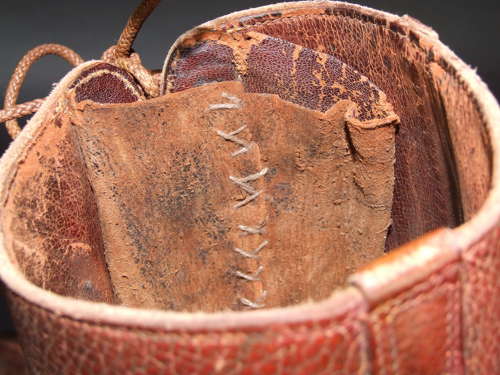 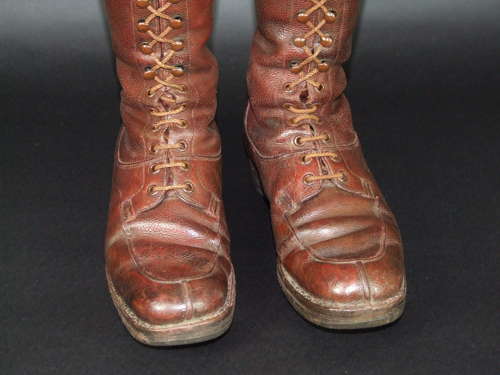 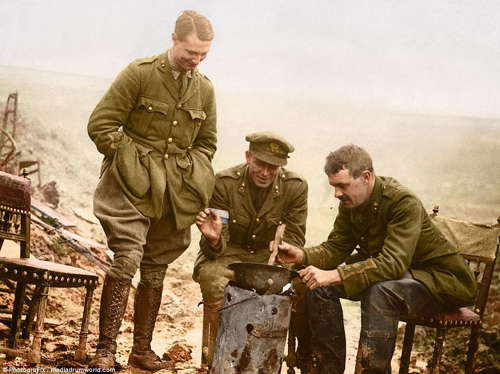 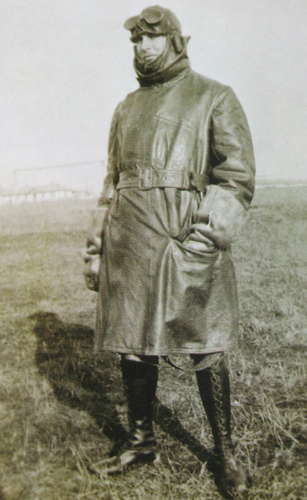 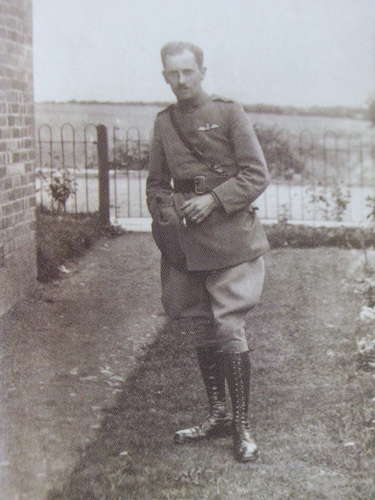 A very good pair of WW1 British Officer’s High Lace up Trench Boots, absolutely typical of those seen in period images of the Royal Flying Corps, though naturally equally worn by any officer in the trenches.

Though the Boots are completely devoid of any markings, the “shoe” section to these has the very distinctive waterproof seaming to the front especially designed in WW1 for trench use and only worn by British Forces in that period. In the more rigid post war environment this special waterproof seaming was banned for wear by the British Army as there was no toecap to polish. In my first image the distinctive top ridge of the special waterproofing seaming can be discerned on the shoe section of the Trench Boots of the officer standing on the left.

The soles and heals to the Boots have been resoled with rubber, this a practice usually adopted by both RFC and Tank Corps officers (amongst others) in WW1 to prevent slippage in their respective transportation. The special rubber soles to these Boots were patented by the company “Fussell's” in 1916 and then retailed by that company for many years thereafter since hugely practical. The Boots retain their original WW1 laces, a very rare occurrence as these inevitably end up getting replaced when such Boots are used in civilian life.

Overall condition is very good with the leather to both Boots soft and supple and the stitching intact. Though not visible when the Boot is closed, one has a period field repair to the inner tongue where this had split to a small area. Equally invisible from the outside, the rare WW1 laces have been knotted together in a few places where these had broken. I believe this is again period done and demonstrates the difficulty under field conditions in obtaining replacements for such long laces.