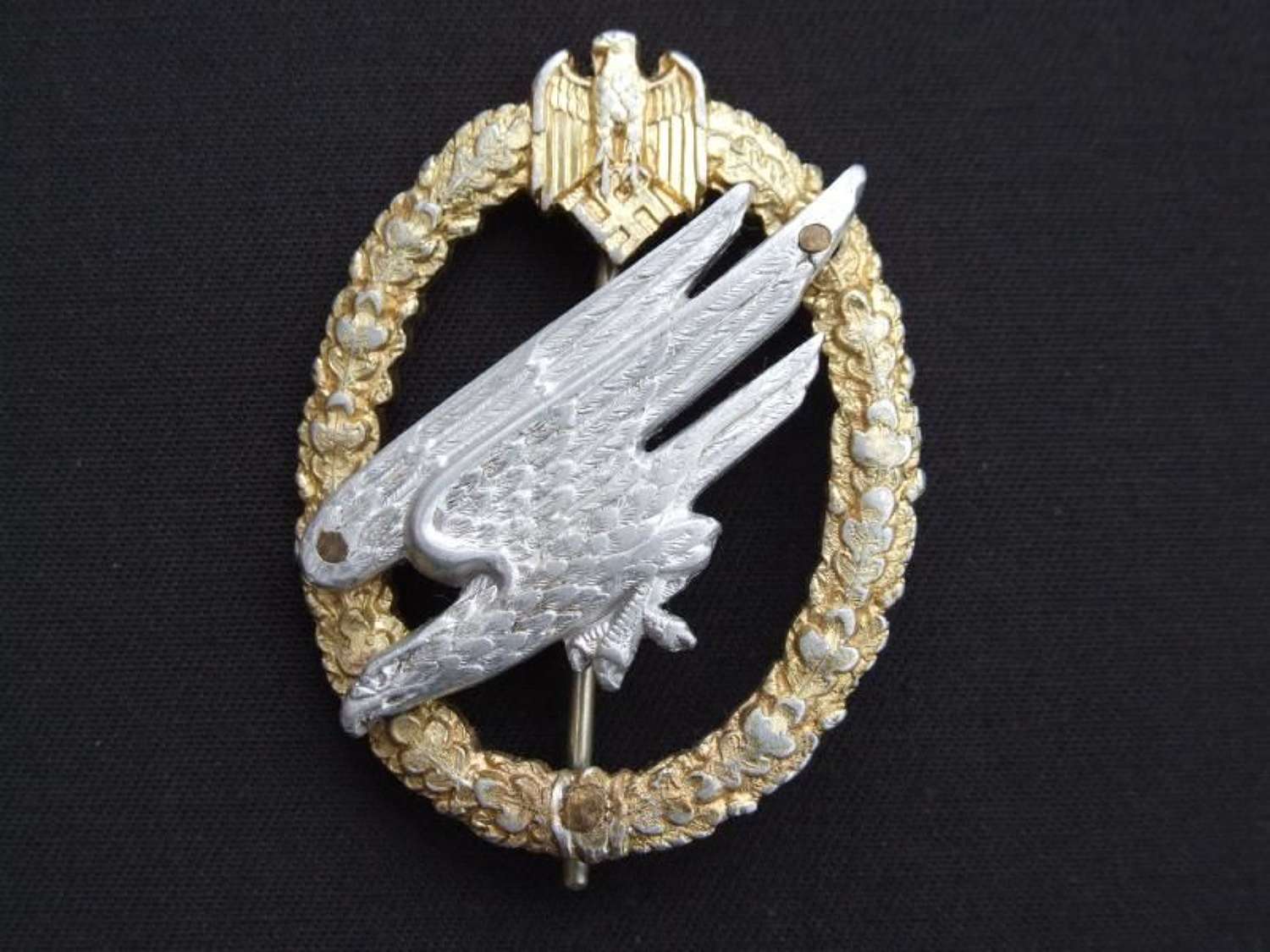 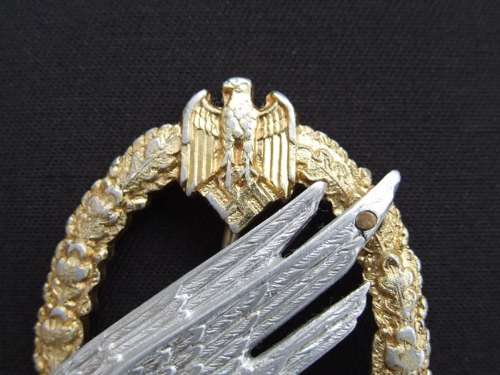 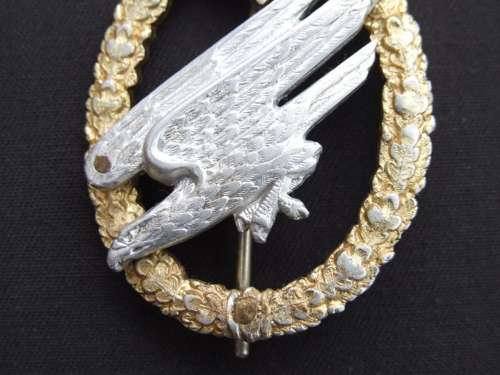 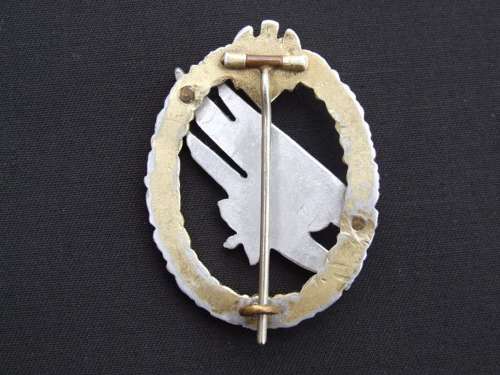 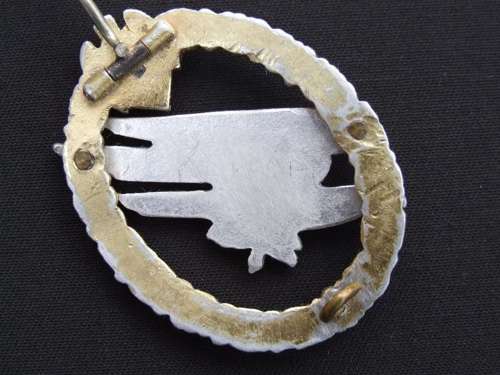 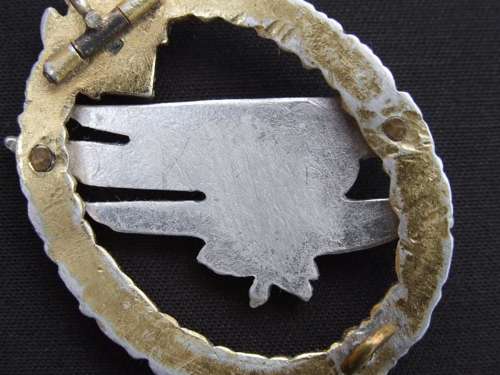 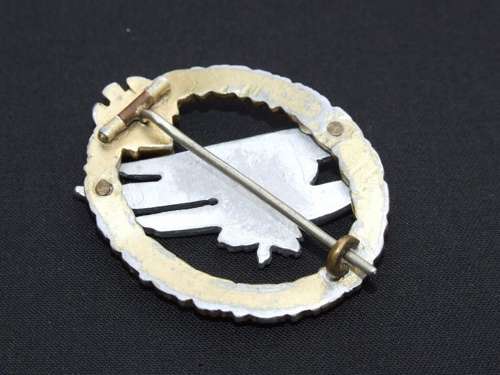 An extremely rare second pattern Army Paratroop Badge produced from late 1937 to the beginning of 1939.
An unmarked Juncker this second pattern sought to correct vulnerable areas of the badge such as the rear talon and the beak, the latter reinforced by the provision of a distinctive â€œbeardâ€.
Aluminium badges remained susceptible to damage however and this example shows the addition of replacement rivets to reaffix the eagle. I have little doubt this is a period repair.
The wreath and Army eagle retain a very good degree of the gilded finish both front and back and close inspection of the reverse of the eagle reveals an ownerâ€™s name which has been partially removed.
Pin, hinge and catch are very good.
A nice and I believe combat used example of a rare badge.