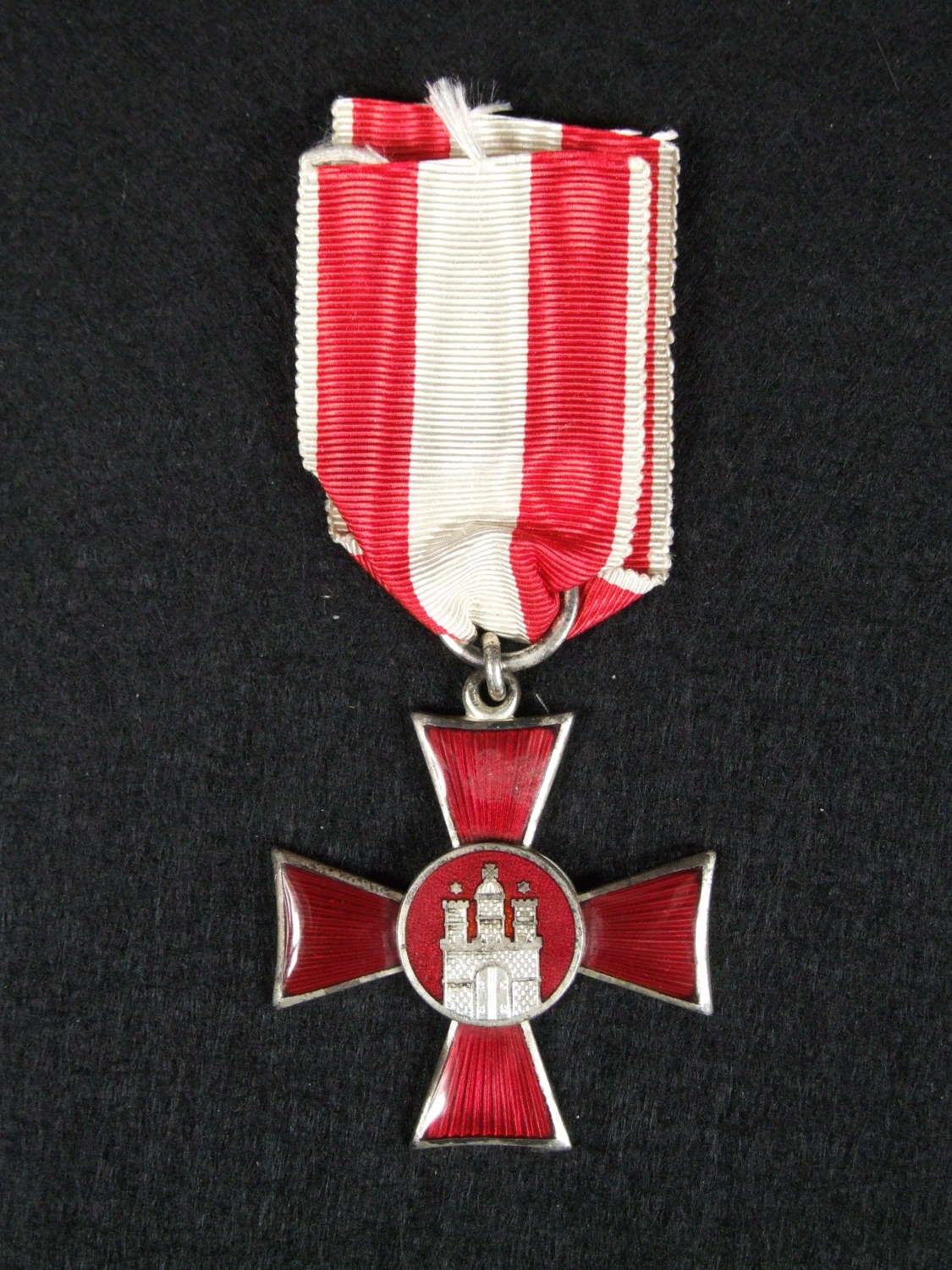 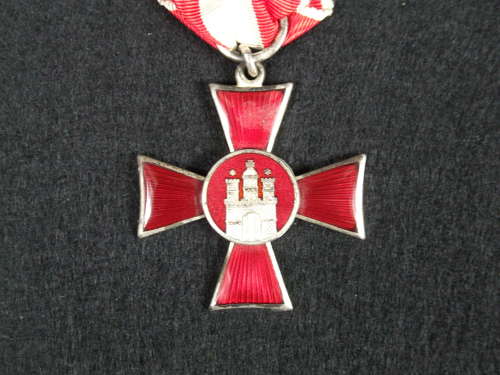 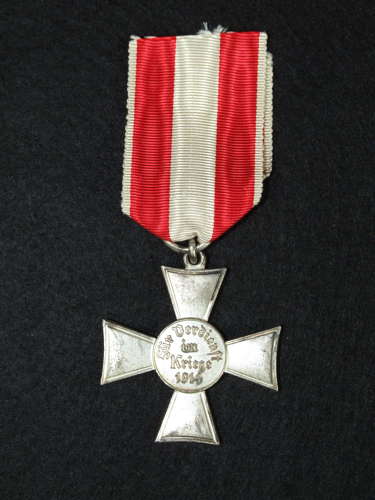 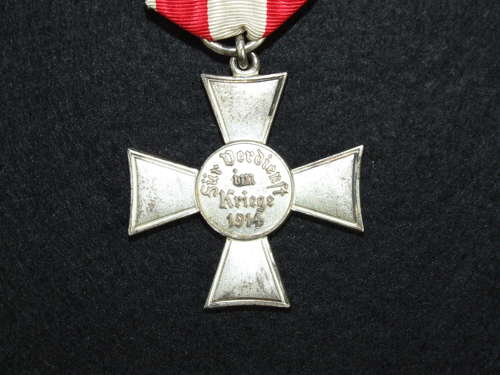 Constructed in silvered bronze with enamels the cross is in very good condition, the enamels free from chips or breaks, the reverse with just minor rubbing to the silvering.

Each of the three ancient Hanseatic Cities – Bremen, Hamburg and Lübeck – issued a cross of similar design in the First World War, differing only in the arms on the central medallion of the face, this example being for Hamburg.

The Hamburg Hanseatic Cross was instituted on 10th September 1915. The city suffered 40,000 casualties during the war, from a total population of 800,000. The Cross was suppressed at the end of 1918.