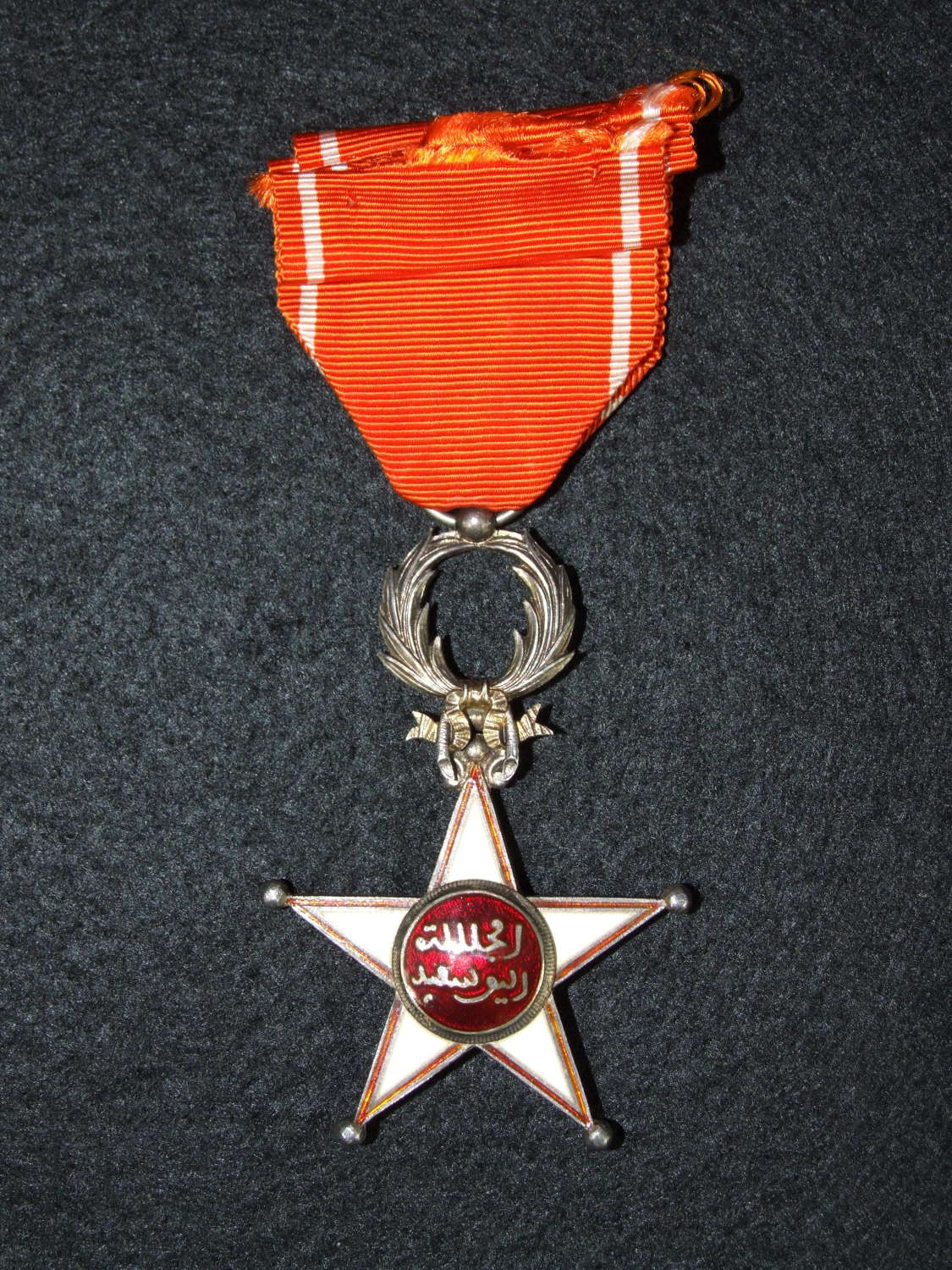 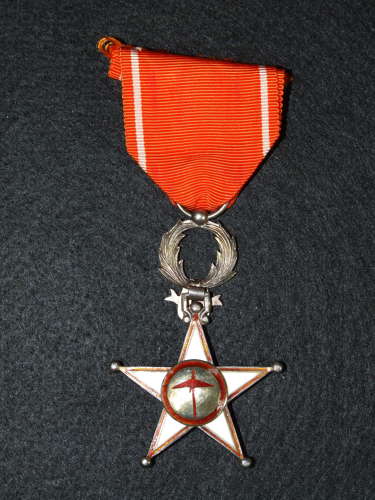 Instituted in 1913 this is the  Type II (1934-1954). In silver gilt with red and white enamels, gilt on the reverse centrepiece and on the ribbon of the wreath suspension, type II as defined by the lack of inscriptions on the arms on the obverse, measuring 42 mm (w) x 62 mm (h) inclusive of its wreath and laterally-pierced ball suspension. Very good perhaps unissued condition with no damage.

The Order of Ouissam Alaouite (AKA Sharifian Order of Al-Alaoui) is a military decoration of Morocco which is bestowed by the King of Morocco upon those civilians and military officers who have displayed heroism in combat or have contributed meritorious service to the Moroccan state. The decoration was established on January 11, 1913 in replacement of the Order of Ouissam Hafidien. It is awarded in five classes: Grand Cross, Grand Officer, Commander, Officer and Knight, this being the Knight class