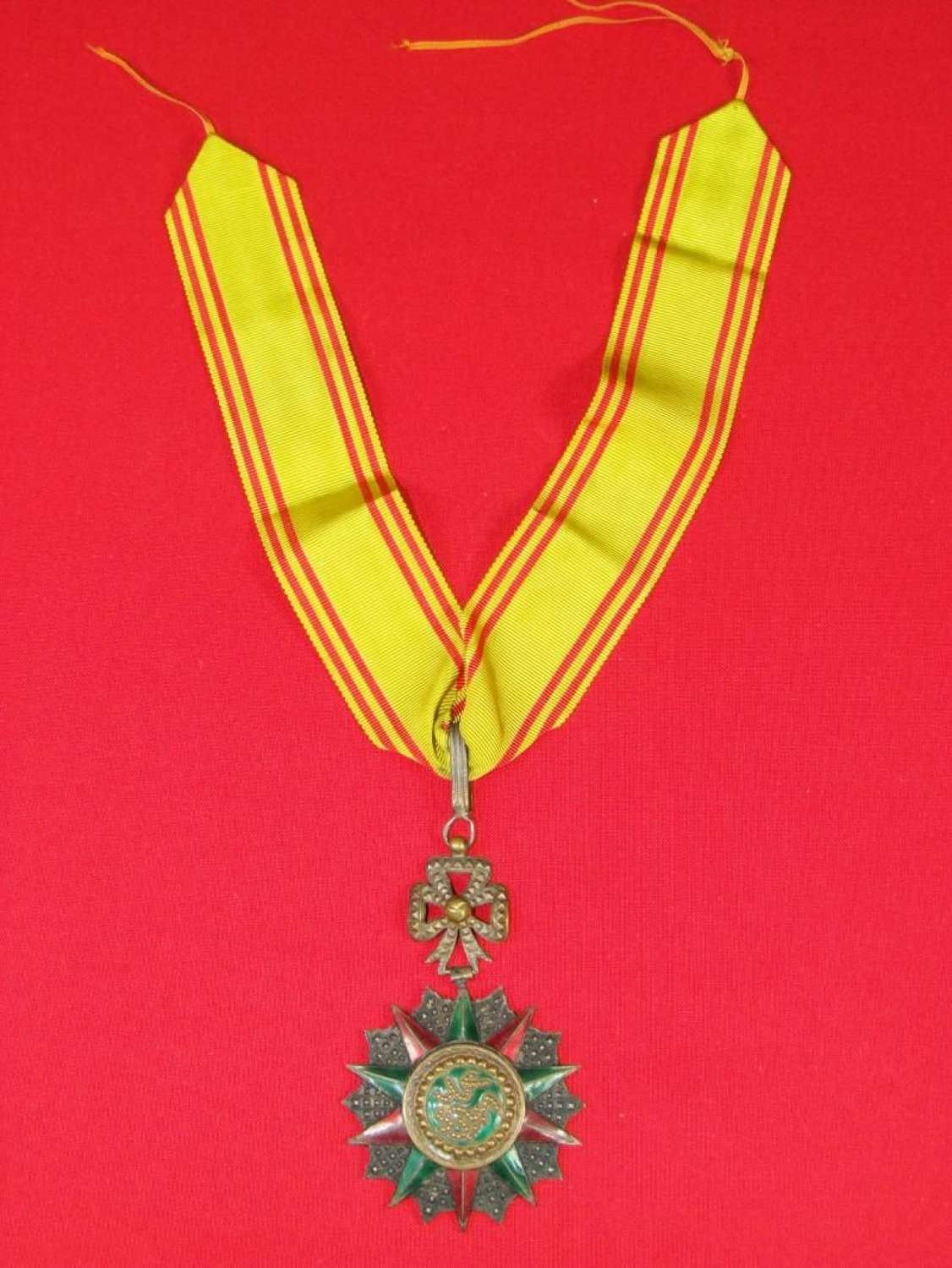 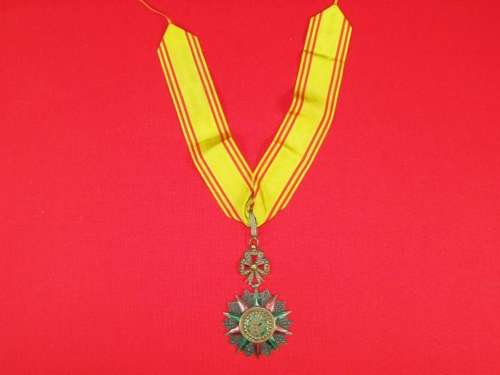 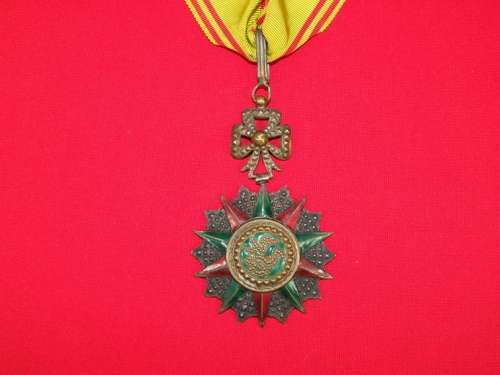 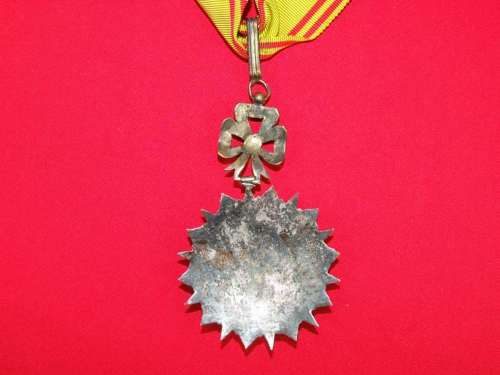 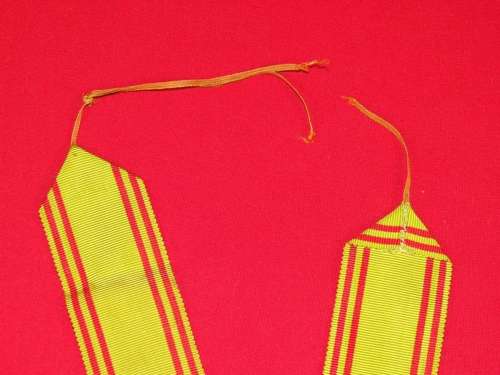 Order of Nichan Iftikhar, Commander 3rd Class, Ahmad II Ibn Ali issue, no hallmarks, silver and enamels, and of a higher quality French made form.
In very good condition and complete with neck ribbon and ties, one tie being broken.
The Order, whose name means â€˜The Order of Victoryâ€™, was instituted in 1837 by Ahmad I ibn Mustafa, Bey of Tunis and reformed in 1857 by his successor Muhammad II ibn al-Husayn. It was effectively the National Order of Tunis from its foundation until its suppression after independence in 1957.
This example is from the reign of Ahmad II Ibn Ali
A very good early European-made example