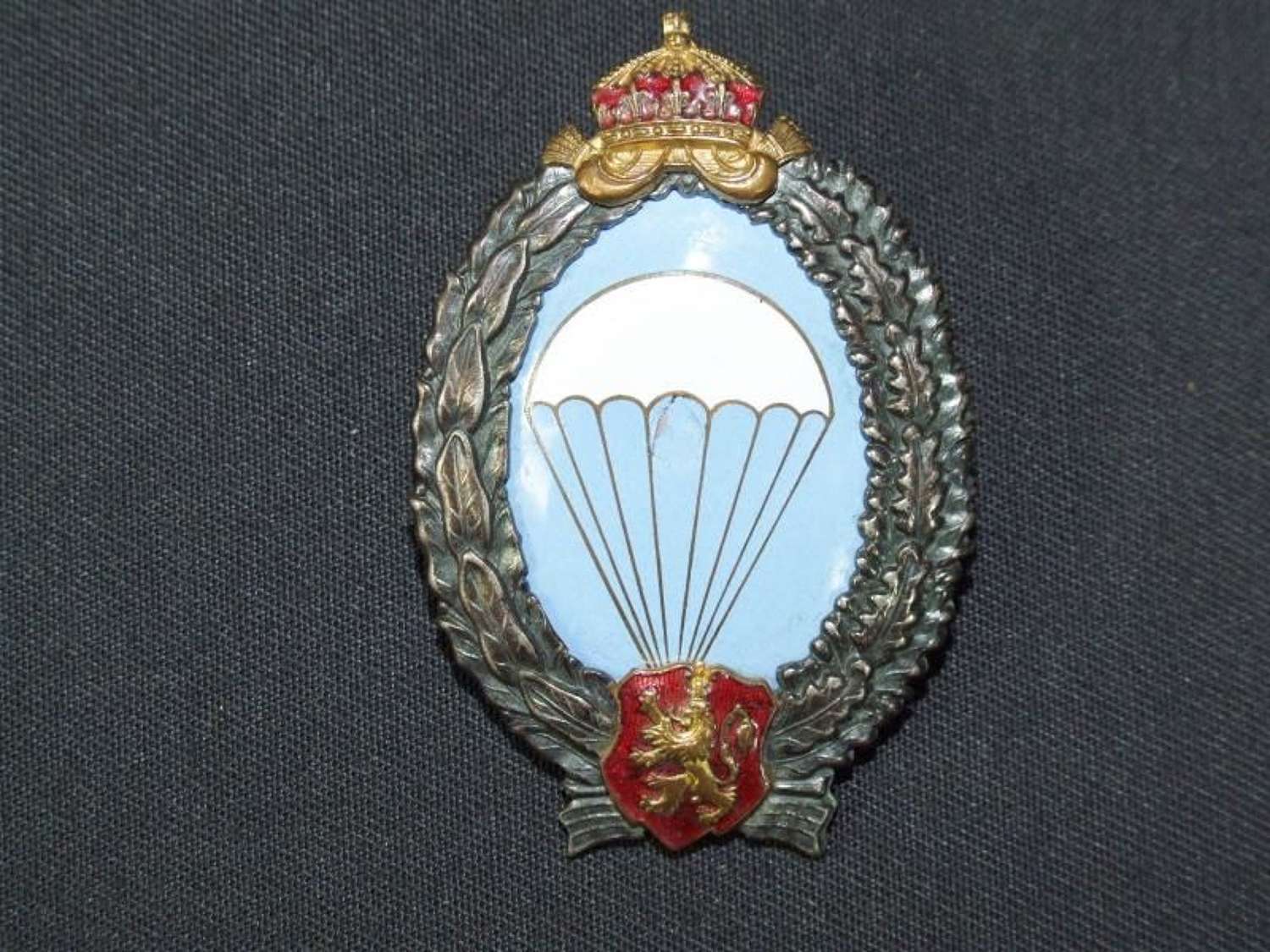 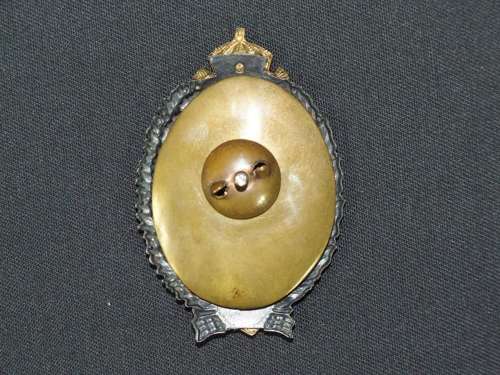 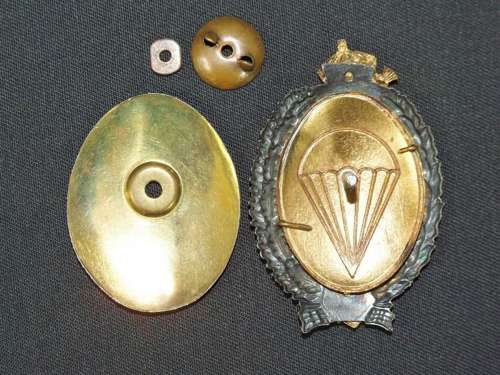 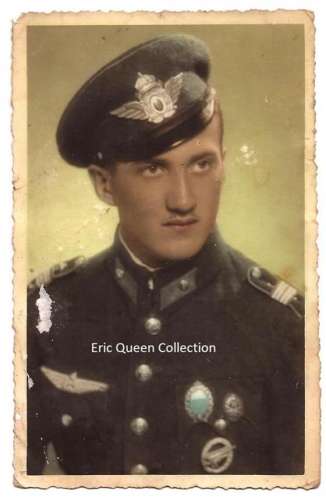 WWII Bulgarian Paratrooperâ€™s Badge in patinated bronze, silver, gilt and enamels and of multi multi piece construction. Overall condition is very good with one slight enamel flake between the centre two rigging lines
This is the scarcest Bulgarian parachutists badge and features the large white parachute at centre surrounded by blue enamel. It differs greatly in design and desirability from the later war badges.
This extremely rare badge was awarded by King Boris III to a limited number of Bulgarian officers and other ranks that undertook the first Bulgarian paratroopers training in the German Fallschirmjager-Infanterie base at Braunschweig in 1942, before returning to Bulgaria in 1943. As a consequence they were also entitled to wear the Luftwaffe Fallschirmjager qualification badge as the last picture shows. This picture is not included in the sale and was found on the internet.
It is believed that only about 400 of these badges were awarded and of those who received this first badge about 150 were killed in action before the end of the war.