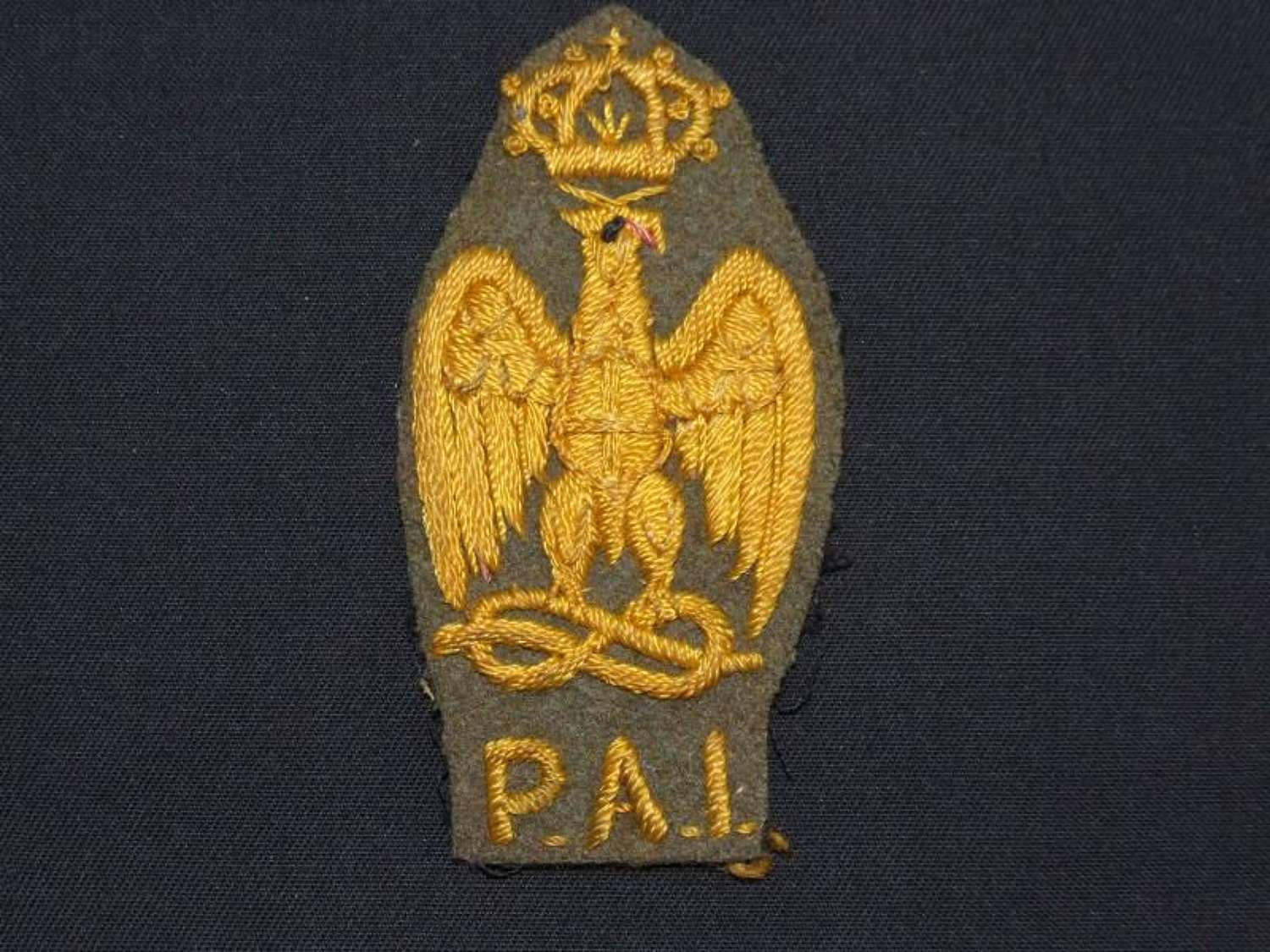 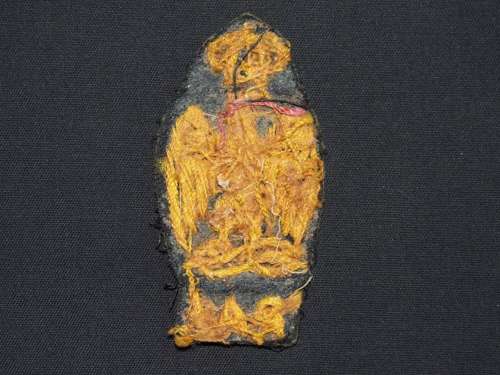 A scarce WW11 Italian African Police Badge, hand embroidered in a heavy golden thread on a khaki wool backing.
Condition is excellent and clearly unissued.
Towards the end of the war in Ethiopia (late 1936 and early 1937), Italy created a corps of Polizia Coloniale ("Colonial Police") for law enforcement in Italian North Africa (Africa Settentrionale Italiana, or ASI; Libya).
In 1939, the corps was renamed Polizia dell'Africa Italiana ("Police of Italian Africa"; PAI). At this time, the corps was supplied with motor vehicles (including armoured cars, light tanks, motorcycles, motor-tricycles, and automobiles). The PAI received about 1,000 vehicles and as many motorcycles.
The PAI had a reputation for discipline and high training levels, and for being provided with good equipment. Even after the collapse of AOI, the PAI were able to keep the peace in Addis Ababa, the capital of Ethiopia.
During World War II, the Italian colonies in Africa were conquered by the Allies; PAI in the colonies were captured. Some PAI were stationed in Italy, for training and administrative functions.