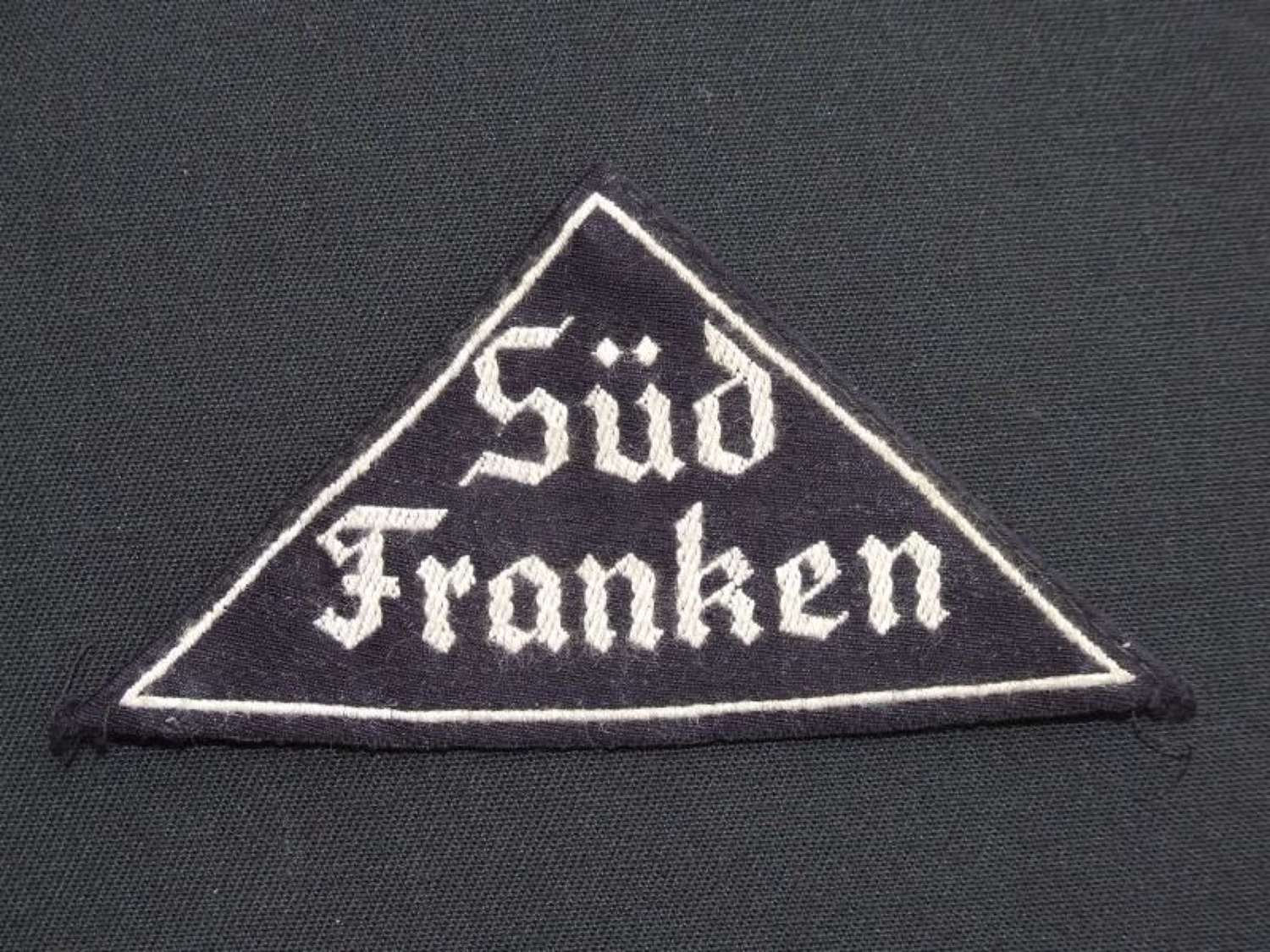 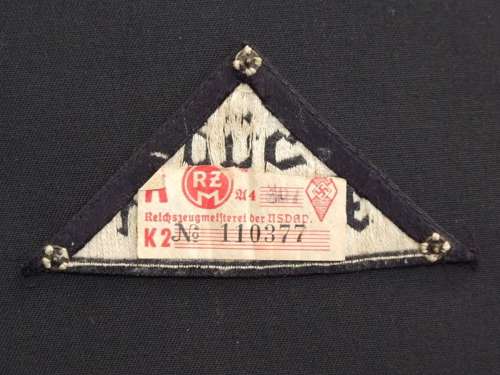 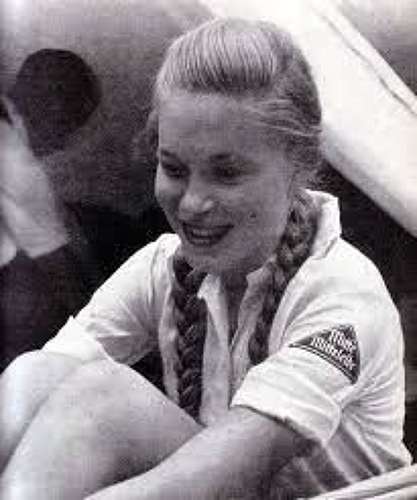 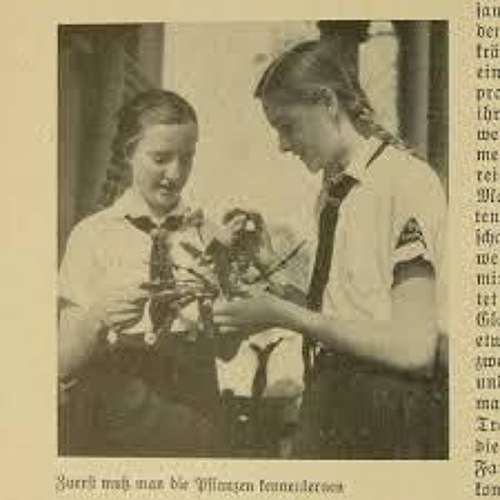 A very good uniform removed example of a 1936 pattern Sleeve Triangle for the Sud Franken district worn on the upper left sleeve by members of the BDM.
Constructed with a black rayon background in the shape of an isosceles triangle 700 x 600mm and with district name in silver thread, male members of the HJ having the name in gold.
To the reverse is a slightly damaged RZM label with the manufactureâ€™s number A4/357 (Kruse & Sohne), one of the more prolific manufactures of these badges, and three press fasteners suggesting this Gebiet Triangle was for wear on a shirt.
The BDM, Bund Deutscher MÃ¤del, (League of German Girls), was the female counterpart of the male Hitler Jugend, (Hitler Youth), for girls aged 15-17, and was originally established in December 1928 as the Schwesternschaft der HJ, (Sisterhood of the HJ).