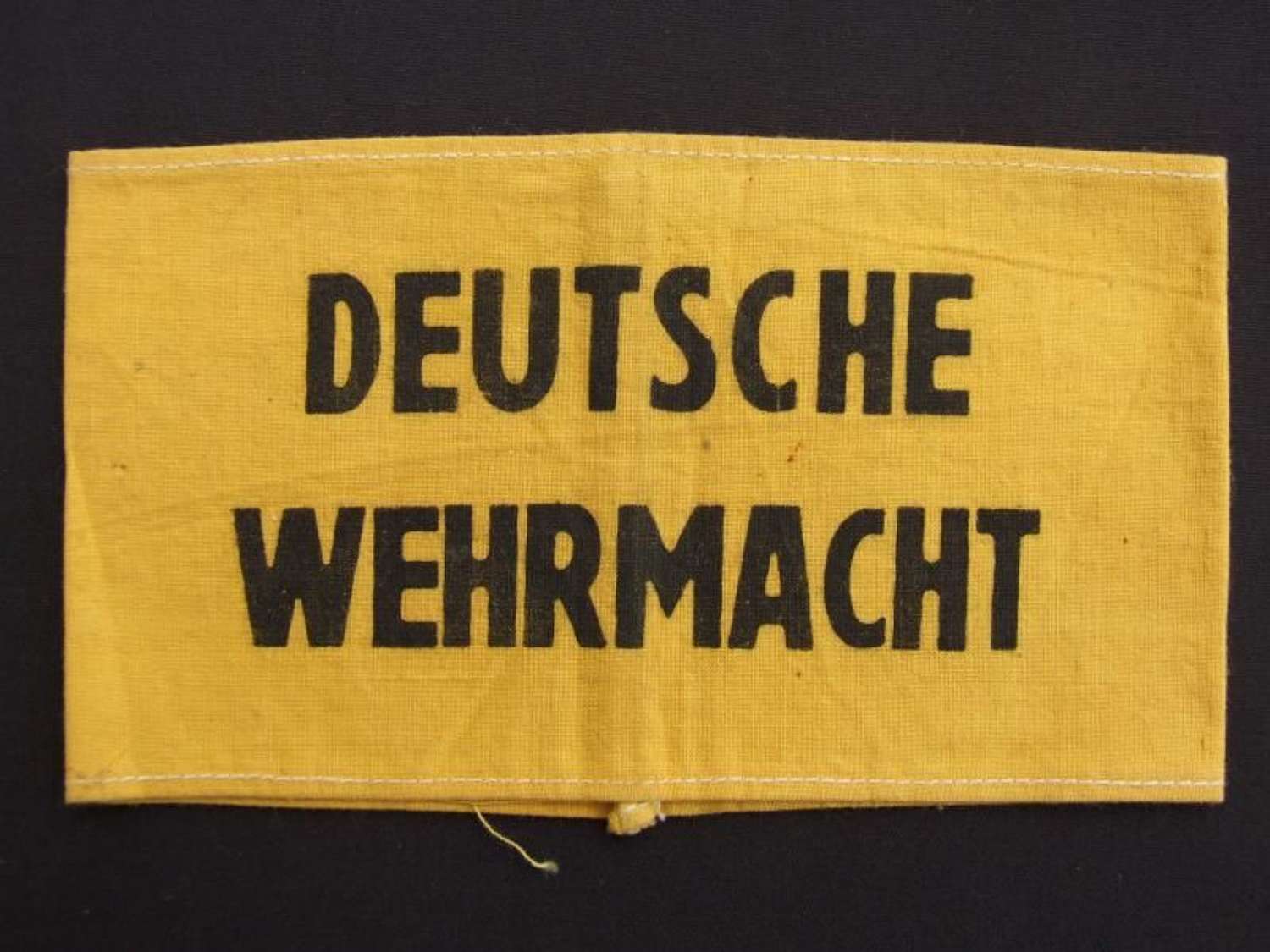 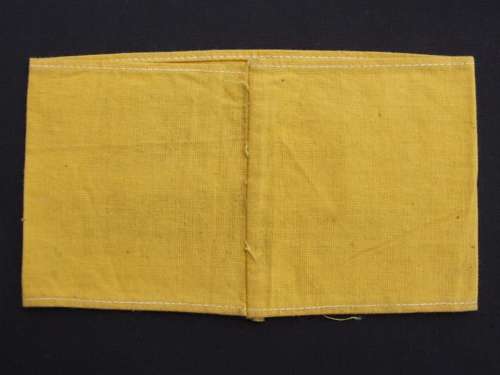 A very good undamaged example of the â€œDeutsche Wehrmachtâ€, (German Armed Forces) Armband which was one of the armbands introduced with the Army Mobilization Order of March 12th 1937 and was designed for wear by non-uniformed personnel serving with the Armed Forces. New regulations of October 1st 1941 restricted wear of this armband to non-uniformed non-combatant personnel.
Black printed script on a yellow cotton band this is the far rarer variation with printing in block capitals rather than Gothic lettering.
One of a number of souvenirs brought back by a wounded soldier after his release from hospital in Klagenfurt in 1945