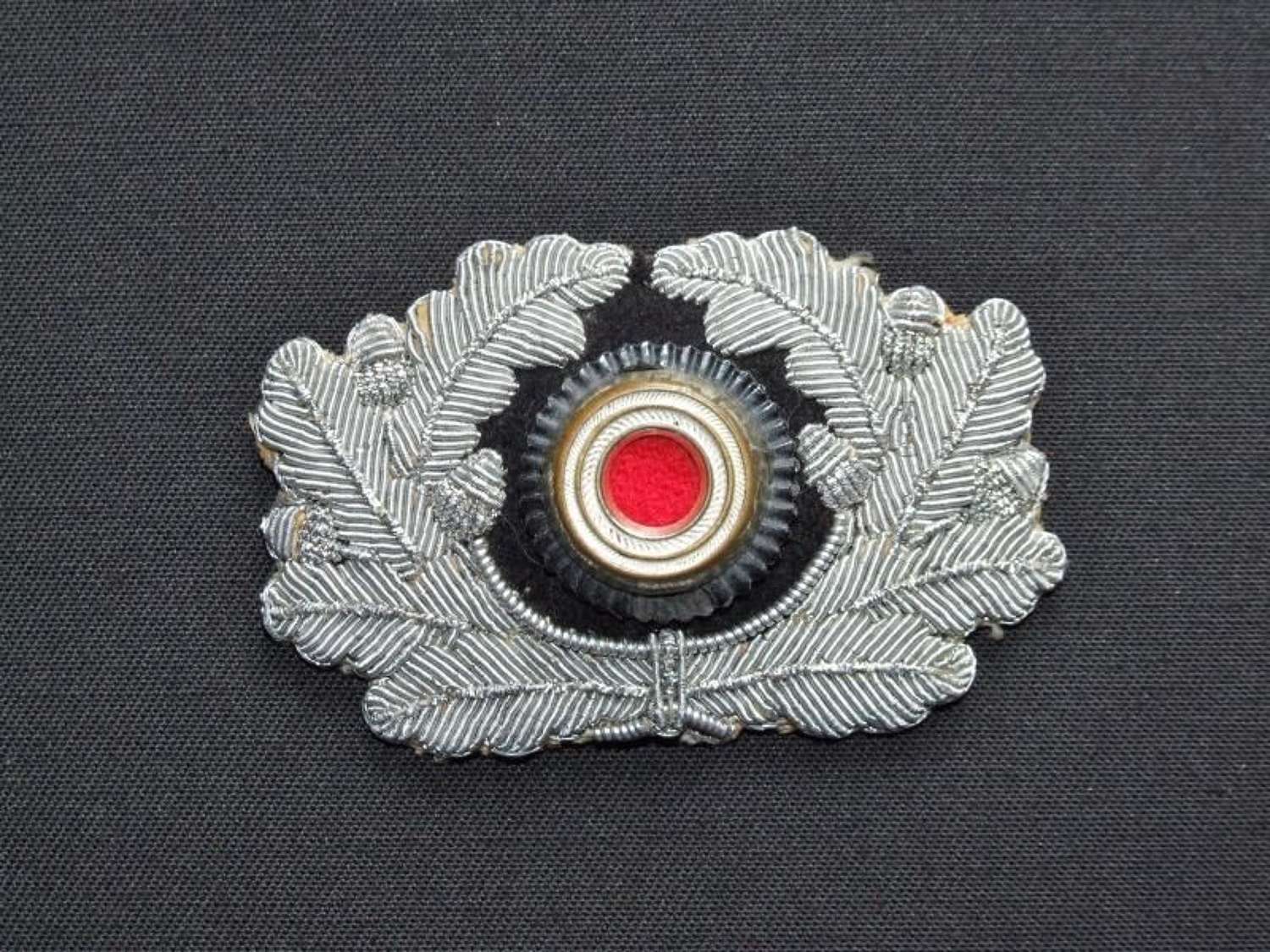 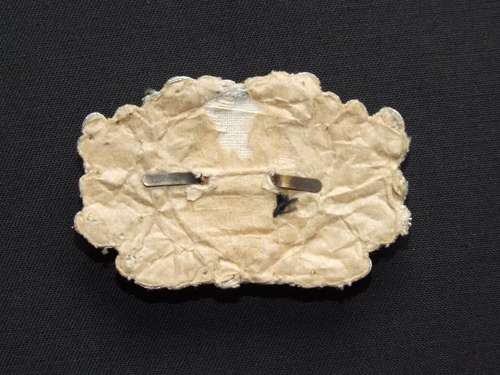 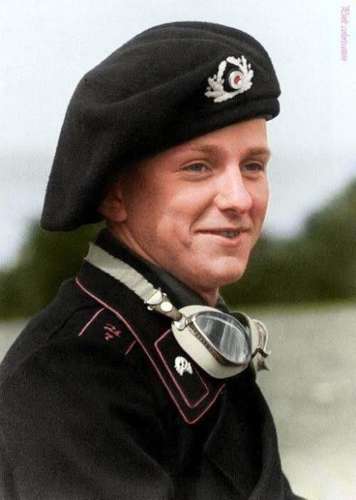 Although originally thought to be a Reichskriegerbund veterans cap Cockade, further research has revealed this very badge was discussed on the Wehrmacht Awards Forum in 2019 where it was determined to have been from an early Panzer Officerâ€™s beret and had been originally acquired as part of a set with an officerâ€™s wire Panzer eagle.
The badge is in very good condition with the typically Wehrmacht style aluminium wire oak leaf surround, the rosette sitting on a black wool background. The nickel inner ring of the rosette also suggests an early piece.