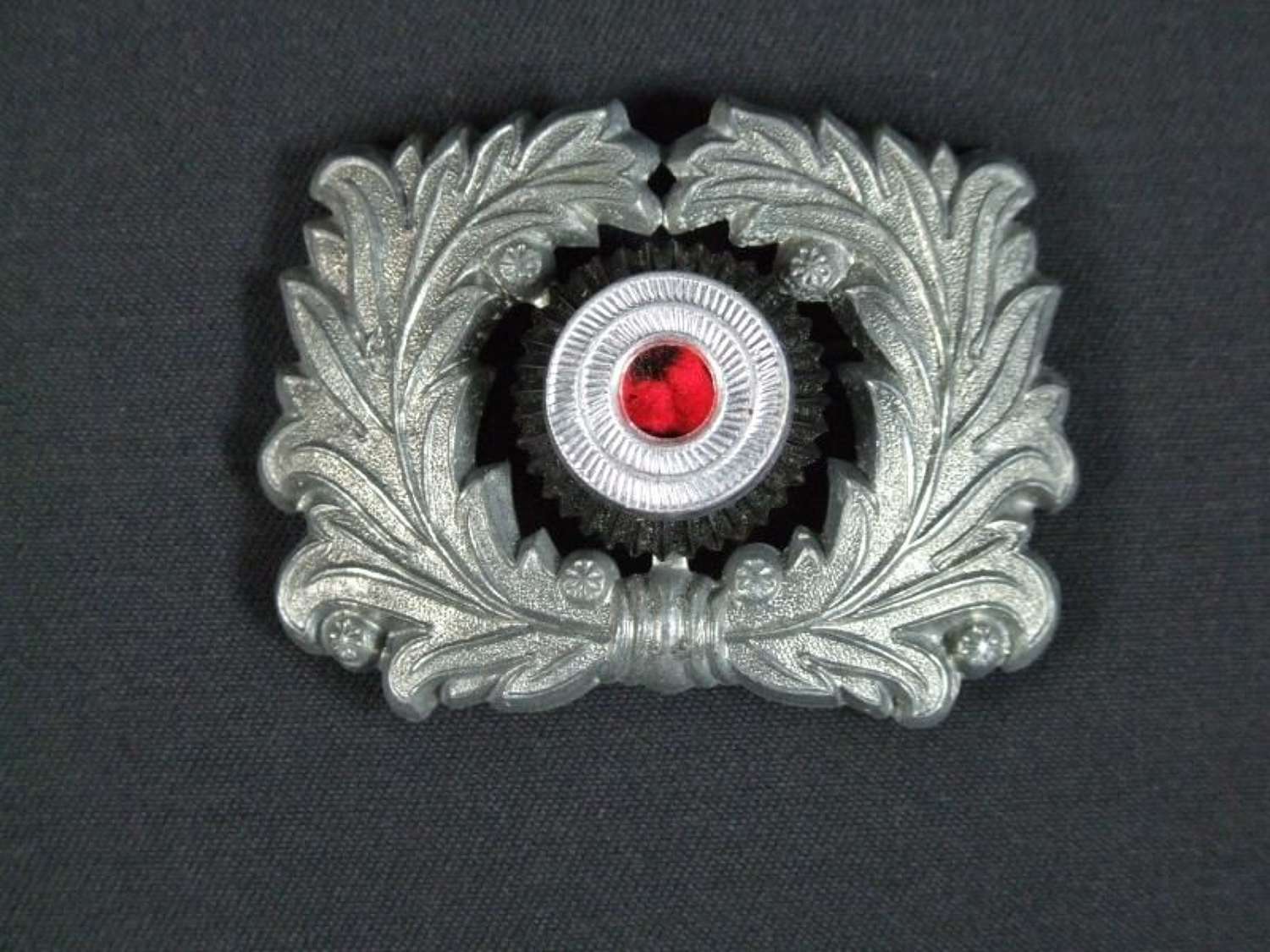 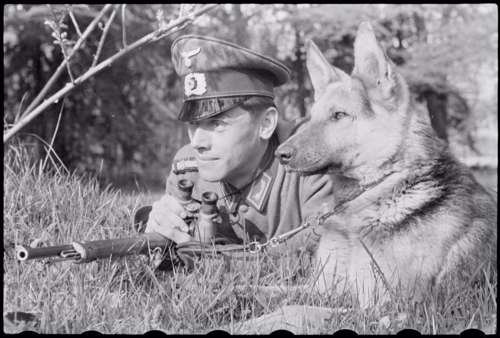 An unissued WW11 period German Customs Cap insignia wreath.
In very good condition and I believe of an early Tombac construction, the centre of the rosette has lost a small amount of the red felt whilst on fitting prong is absent.
German Customs of the period worked closely with the SS SD and this wreath came from the collection obtained from the immediate family of Sgt. Charles Ruzicka, a Tank Commander with the US 6th. Armoured Division which saw extensive action throughout Western Europe and participated in the Battle of The Bulge and most importantly, the liberation of Buchenwald Concentration Camp.
Research suggests the probability that most and perhaps all of the items were collected from stores at Buchenwald and some support is given to the theory by the presence in the collection (now sold) of an aluminium SS clothing requisition tag which I believe was from the camp. A video recording of Sgt Ruzicka being interviewed at a 6th Armoured Division Reunion can be seen here. He is second to appear: https://drive.google.com/file/d/0B0RDJI5eLTGFQk5HRkM0ZEVyV00/view
The last image is not included but shows and armed customs official with his dog perhaps during duty as a border guard.