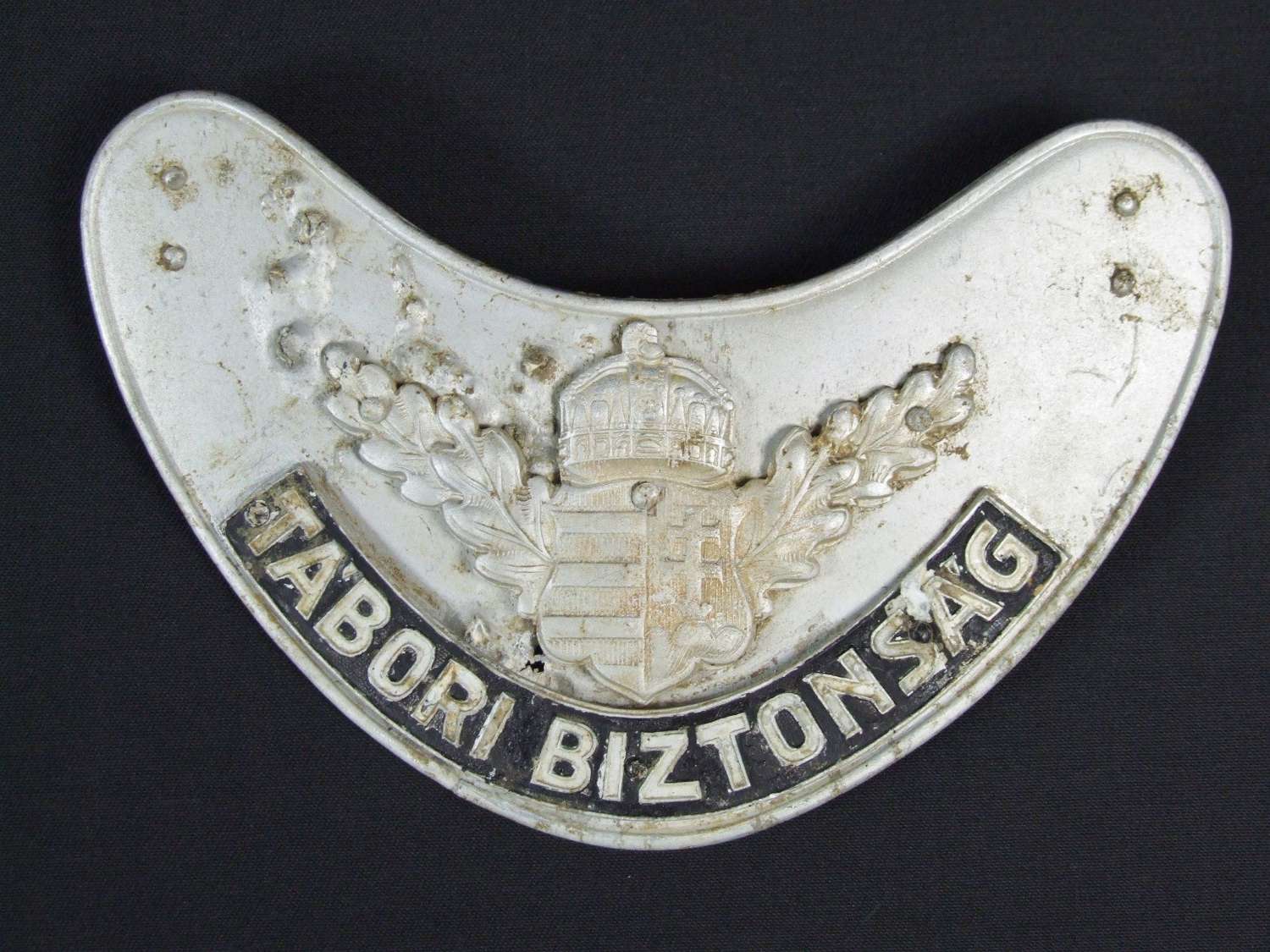 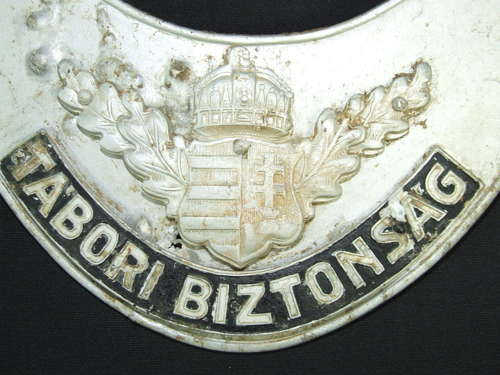 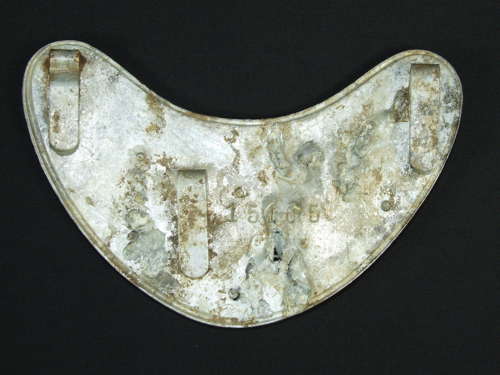 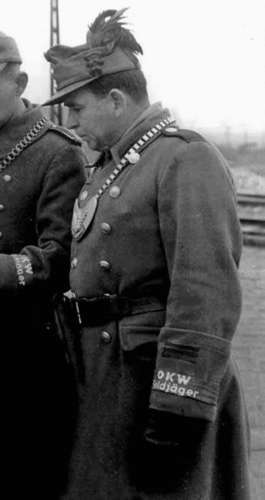 A scarce silvered aluminium Gorget worn by  members of the Hungarian Field Police who worked in close cooperation with the German Feldgendarmerie. These Gorgets were introduced in 1944 and manufactured in Germany on the lines of the German Gorget

Formerly part of the Gordon Williamson collect, the Gorget is roughly 160mm at its widest point and is constructed in three parts with the Hungarian coat of arms flanked by oak leaves and sitting above a banner with Tabori Biztonsag , which literally translates as Field Security but figuratively indicates Military Police.

The reverse is numbered 15165 and retains the three securing hooks. There is no chain.

Visually the Gorget is good but overall the condition must be described as fair only, deterioration to the reverse and slight traces of what appears to be soil suggesting this may have been ground recovered. The final picture shows a memeber of the Hungarian Field Police operating with the German Feldjagerkorps.