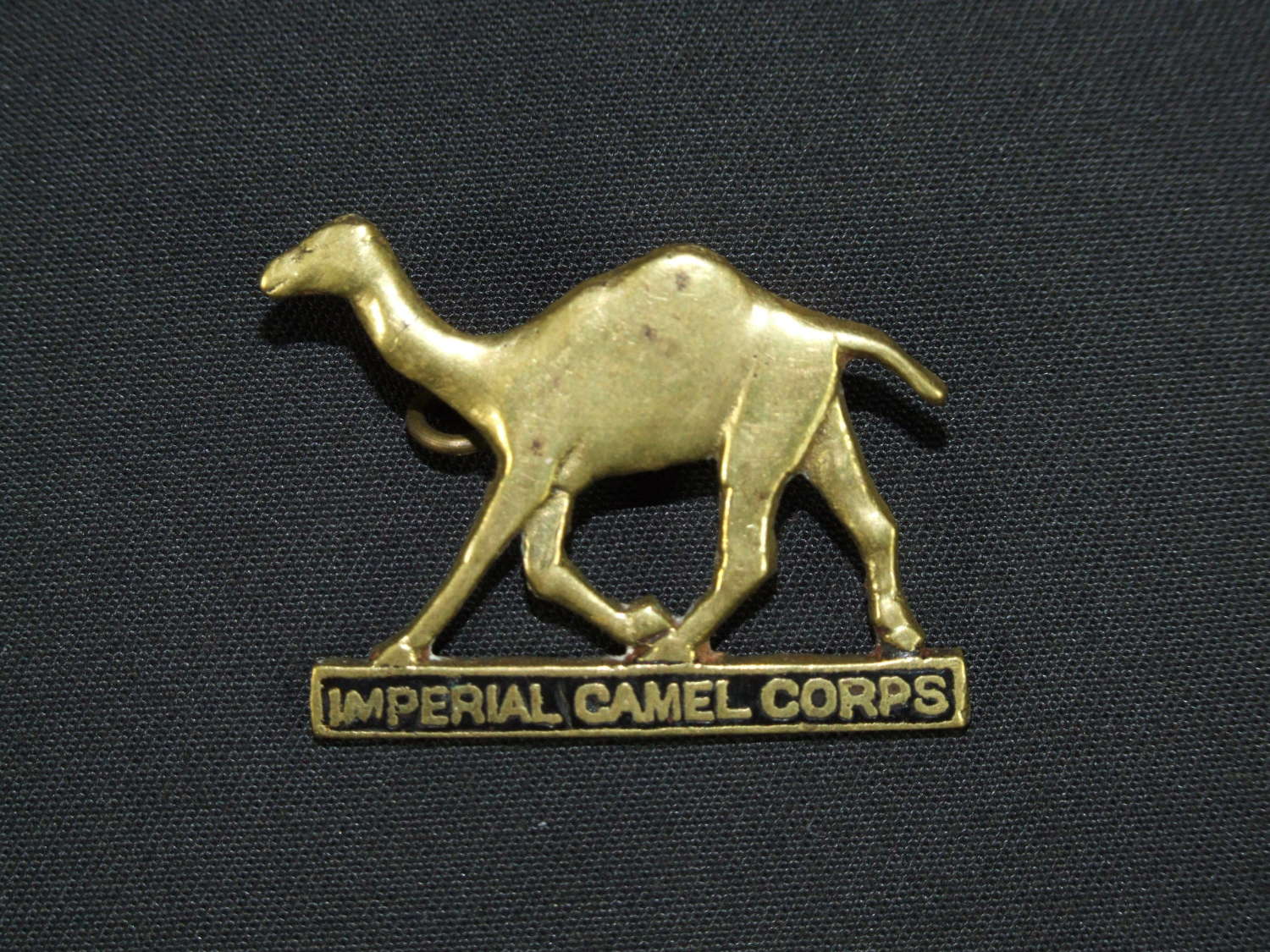 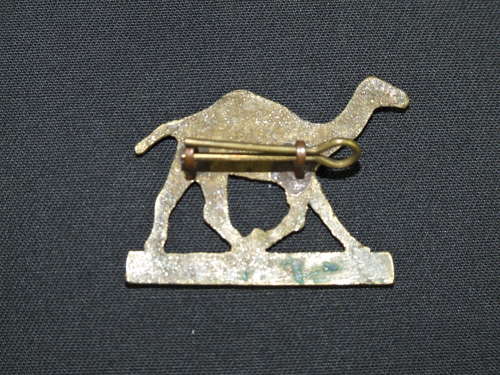 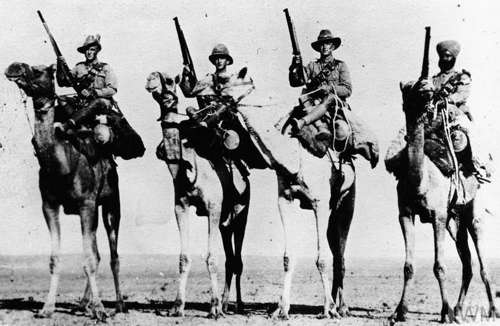 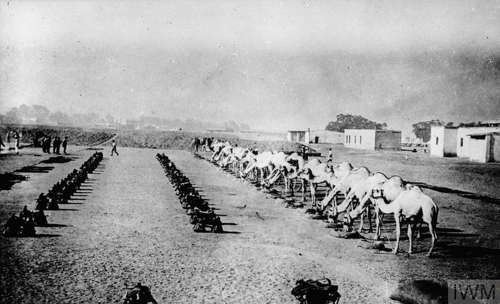 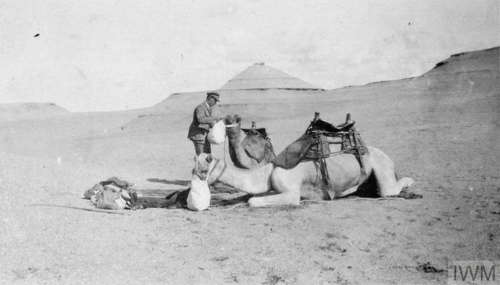 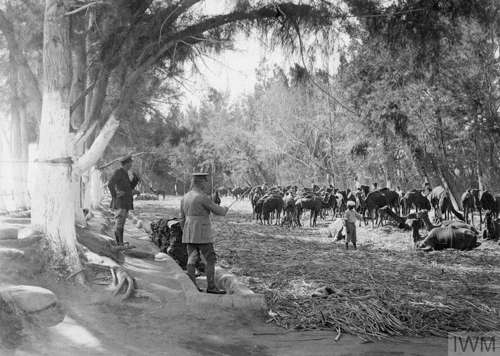 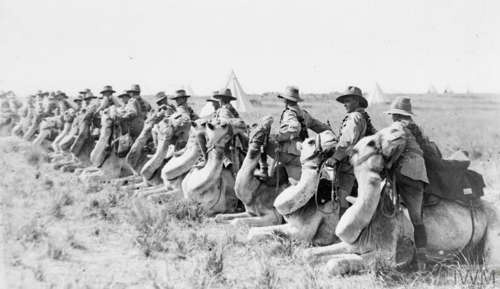 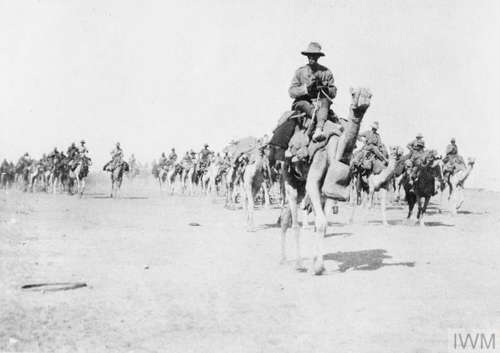 A scarce Imperial Camel Corps Headdress in brass with fixing posts and sprung pin, all in very good condition with light wear to the features.

The Imperial Camel Corps Brigade (ICCB) was a camel-mounted infantry brigade that the British Empire raised in December 1916 during the First World War for service in the Middle East.

From a small beginning the unit eventually grew to a brigade of four battalions, one battalion each from Great Britain and New Zealand and two battalions from Australia. Support troops included a mountain artillery battery, a machine gun squadron, Royal Engineers, a field ambulance, and an administrative train.

The ICC became part of the Egyptian Expeditionary Force (EEF) and fought in several battles and engagements, in the Senussi Campaign, the Sinai and Palestine Campaign, and in the Arab Revolt. The brigade suffered 246 men killed. The ICC was disbanded in May 1919 after the end of the war.

Period images with credit to the IWM.