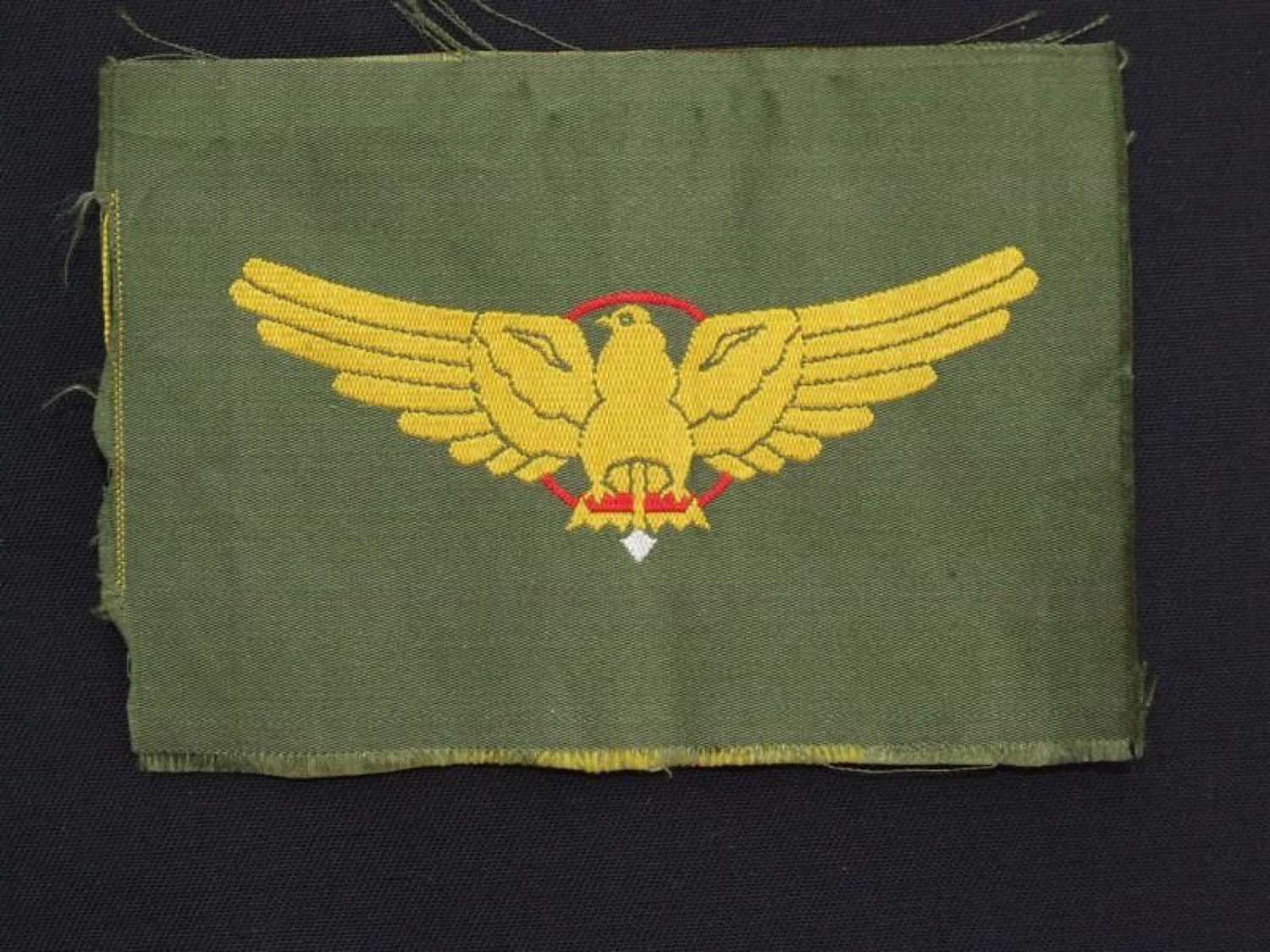 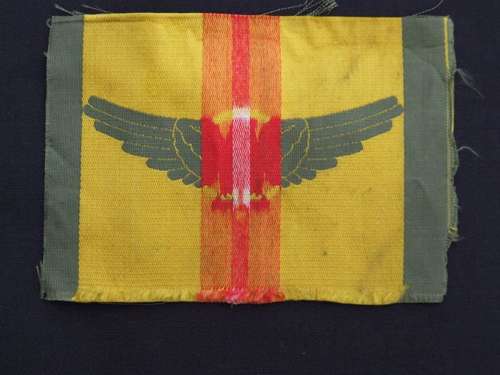 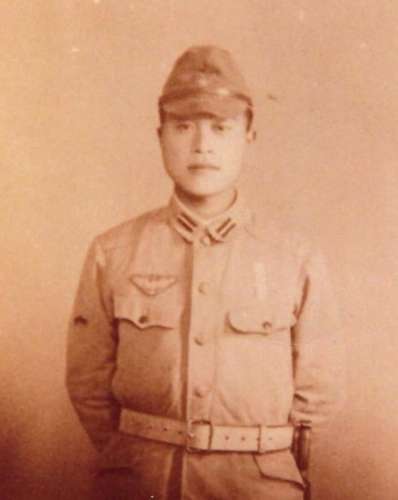 â€ŽAn exceptionally rare Second War Imperial Japanese Army Paratrooper Badge â€“ The Golden Kite Badge.
Measuring approximately 107mm x 75 mm including itâ€™s rayon backing the badge is a very high quality machine embroidered piece in excellent unissued condition
Insignia were rarely worn on the smock and occasionally even when on home service. The IJA parachute qualification "wings" badge, instituted in September 1941, was the Golden Kite (Kinshi Kunsho), the messenger of the gods which legend says hovered over the battlefield dazzling the Emperor Jimmu Tennoâ€™s enemies with its golden wings.
So rare are these badges that only one image is known to exist of them in wear, which I have shown as the last image, possibly because most images of the Japanese Army Paratroopers show them in combat kit