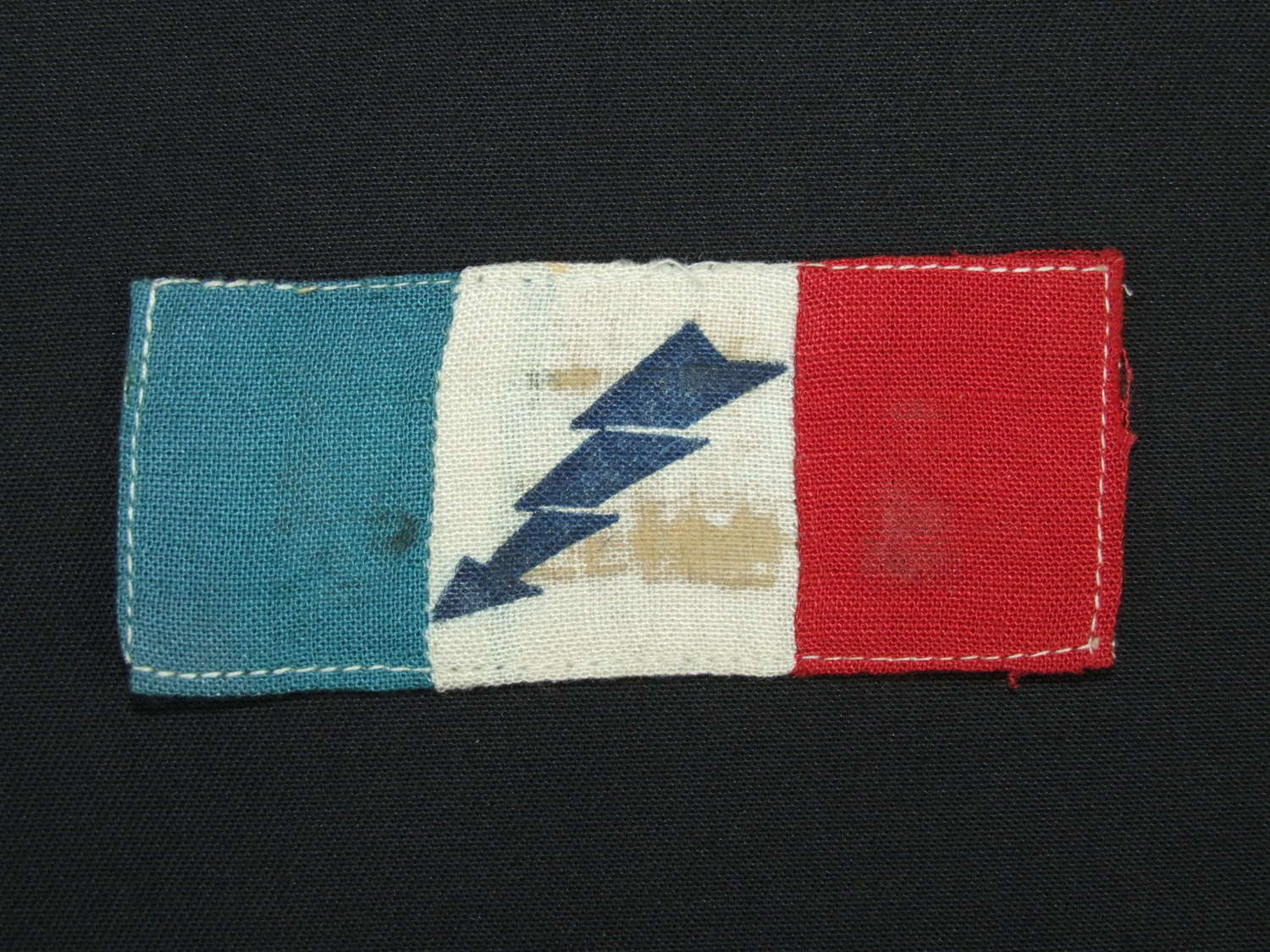 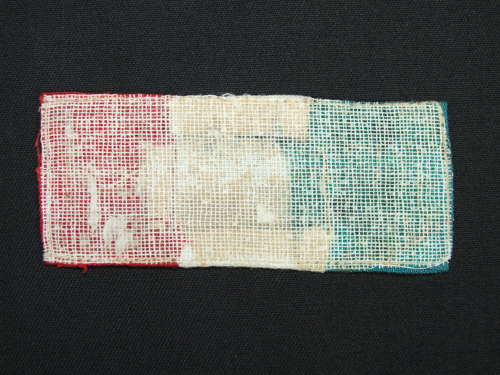 A scarce Italian Co-Belligerent Forces rectangular Formation Sign worn by members of the Army fighting alongside the allies after the surrender of Italy in September 1943. These were part of the Corps Italiano di Liberazione formed by the new Italian government.

The Badge measures 80mm x 35mm and is constructed in cotton with the lightning bolt of the Folgore and shows some adhesive marks from fitting. This actual piece is shown as item 2815 on page 542 of John Mills’ Badges on Battledress.

After the Armistice of Cassibile between the Allies and Italy most of the troops of the "Nembo" stationed on Sardinia decided to side with Italian King Victor Emmanuel III and began to fight the retreating German troops. Subsequently the remnants of the "Nembo" were used to form the Combat Group "Folgore" of the Italian Co-Belligerent Army in 1944. The combat group was equipped with British material and uniforms and fought as part of the British XIII Corps in Italian Campaign.