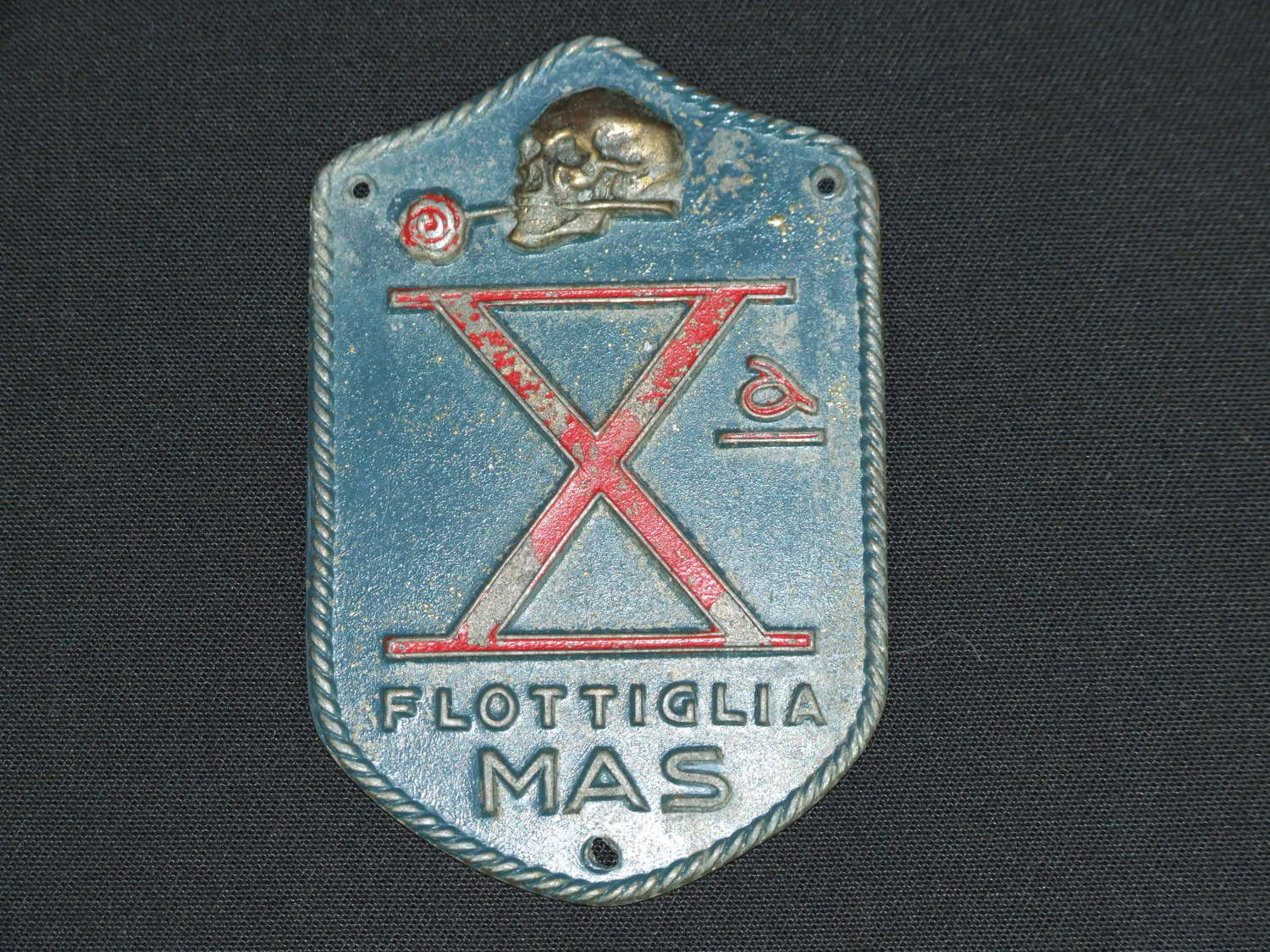 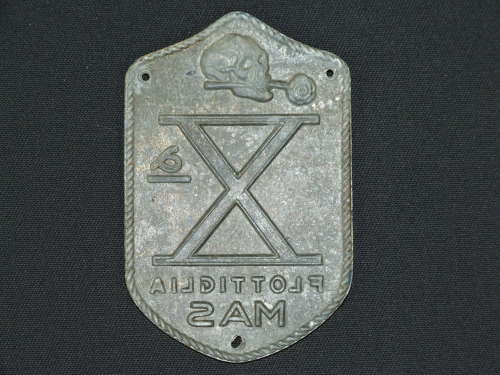 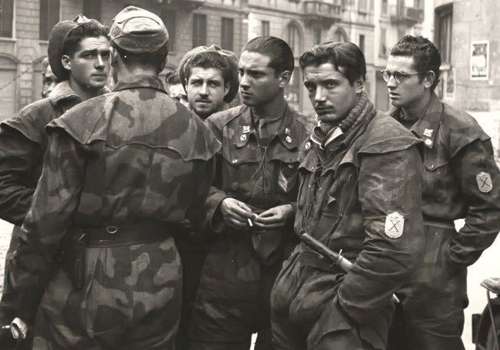 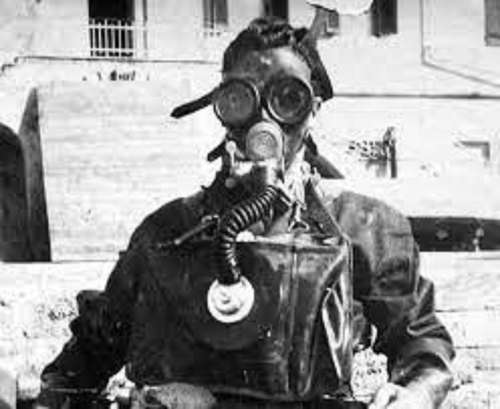 An extremely rare Italian Decima Flottiglia MAS Sleeve Shield made of zamak metal and worn on the left upper sleeve.

Made by Bregonzio, Milano the Shield is in very good condition and was based on an idea of Capitano di Corveta Salvatore Todaro, who, shortly before his death, had expressed the wish for the creation of a unit insignia expressing the notion that "death in combat is a sweet thing, like the perfume of a flower".

The acronym MAS also refers to various light torpedo boats used by the Regia Marina during World War I and World War II.

Decima MAS was active during the Battle of the Mediterranean and took part in a number of daring raids on Allied shipping. These operations involved surface speedboats (such as the Sinking of HMS York), manned torpedoes (the Raid on Alexandria) and Gamma frogmen (against Gibraltar). During the campaign Decima MAS took part in more than a dozen operations which sank or damaged five warships (totalling 72,000 Gross Register Tonnage) and 20 merchant ships (totalling 130,000 GRT).

In 1943, after the Italian dictator Benito Mussolini was ousted, Italy left the Tripartite Pact. Some of the Xª MAS men who were stationed in German-occupied northern and central Italy enlisted to fight for Mussolini's newly formed Italian Social Republic (Repubblica Sociale Italiana or RSI) and retained the unit title, but were primarily employed as an anti-partisan force operating on land. Other Xª MAS men in southern Italy or other Allied-occupied areas joined the Italian Co-Belligerent Navy as part of the Mariassalto (Naval Assault) unit.