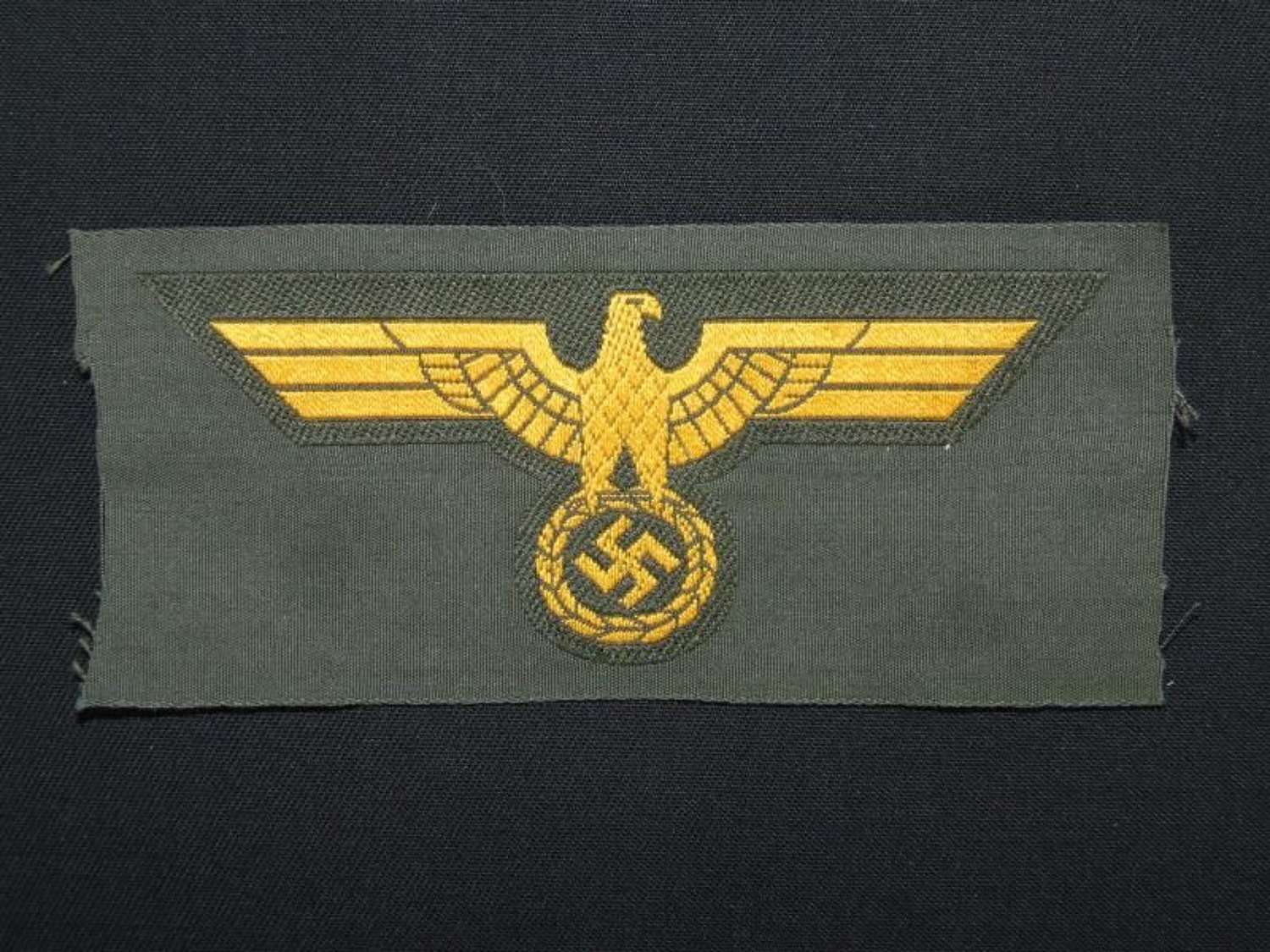 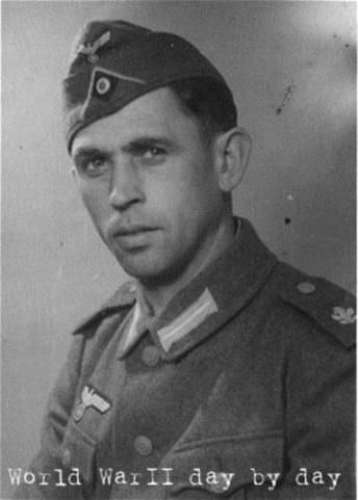 Kriegsmarine Breast Eagle machine embroidered in golden thread on a green rayon backing.
Generally associated with the Coastal Artillery, these are correct for wear with the field grey Kriegsmarine uniform initially issued to all branches of the Kriegsmarine but later only to branches with specific need such as the Coastal Artillery.
This is an interesting variation on the previously listed example have in wingspan of only 87mm against the normally encountered 98 mm. I have yet to discover the reason, if indeed there is any significance.
Mint unissued condition and cut from a roll.