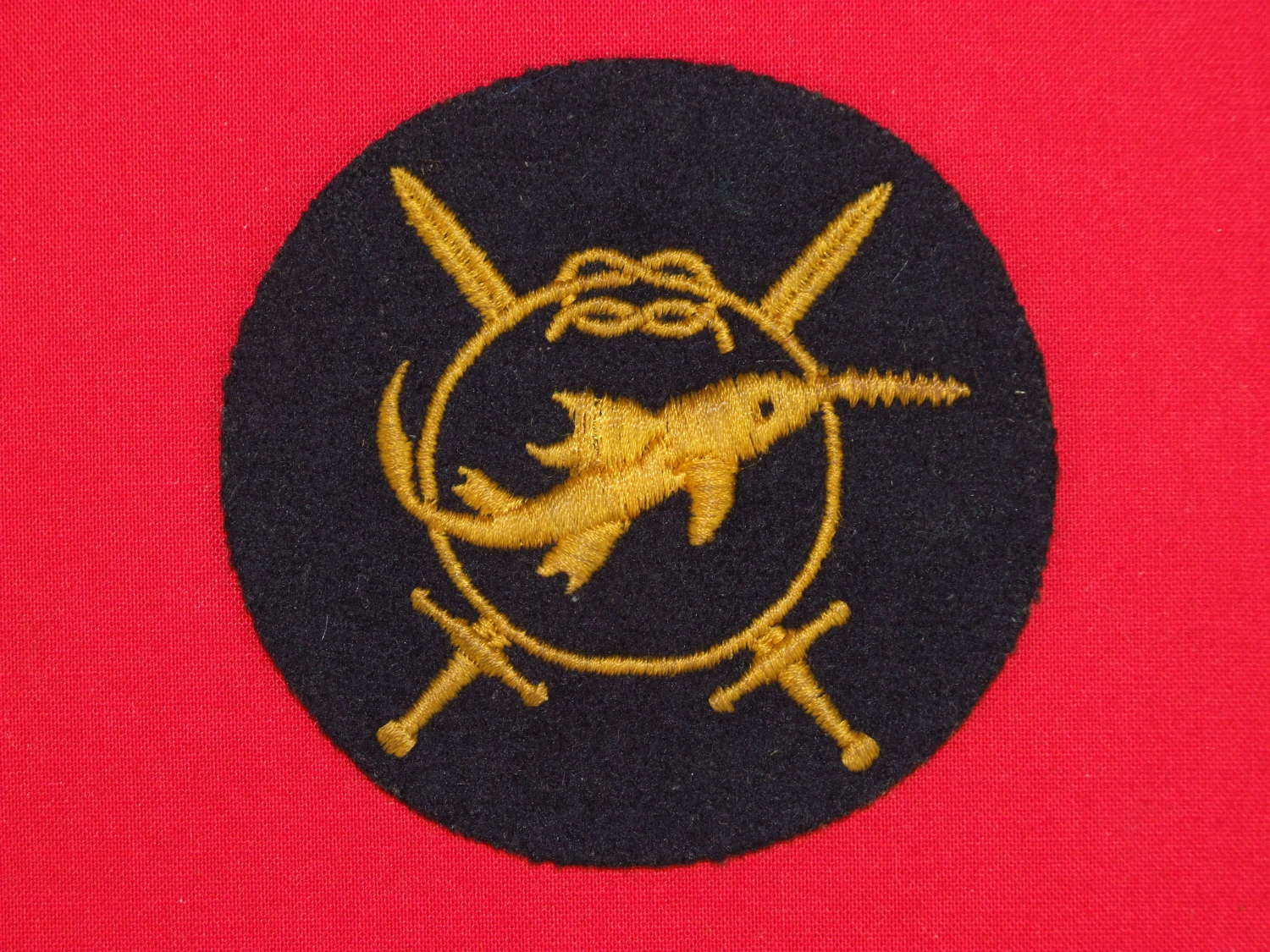 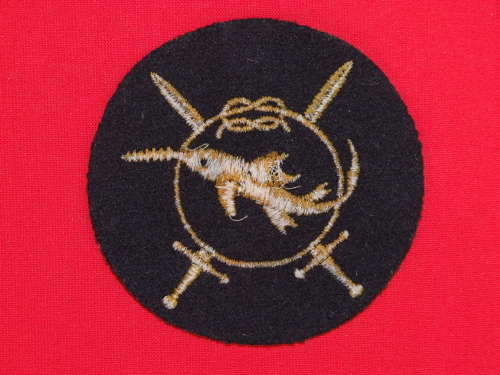 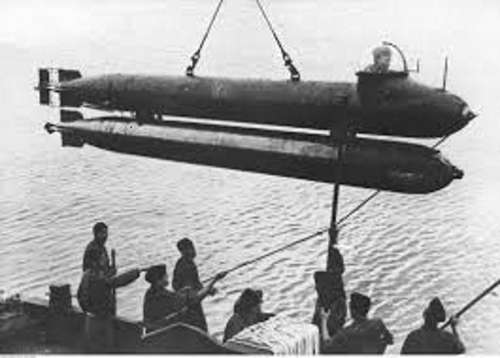 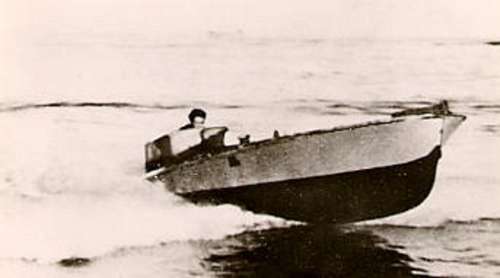 The last of a small number of items relating to a little known arm of the Kriegsmarine, the Small Battle Groups, or Kleinkampfverbande, is this extremely rare example of the sleeve Badge worn on the upper right arm by members of the group.

Constructed in a machined embroidered golden thread this example features a single Sawfish surrounded by a rope and two swords on a blue circular base and was worn by those achieving Grade 3 for gallant participation in a second action.