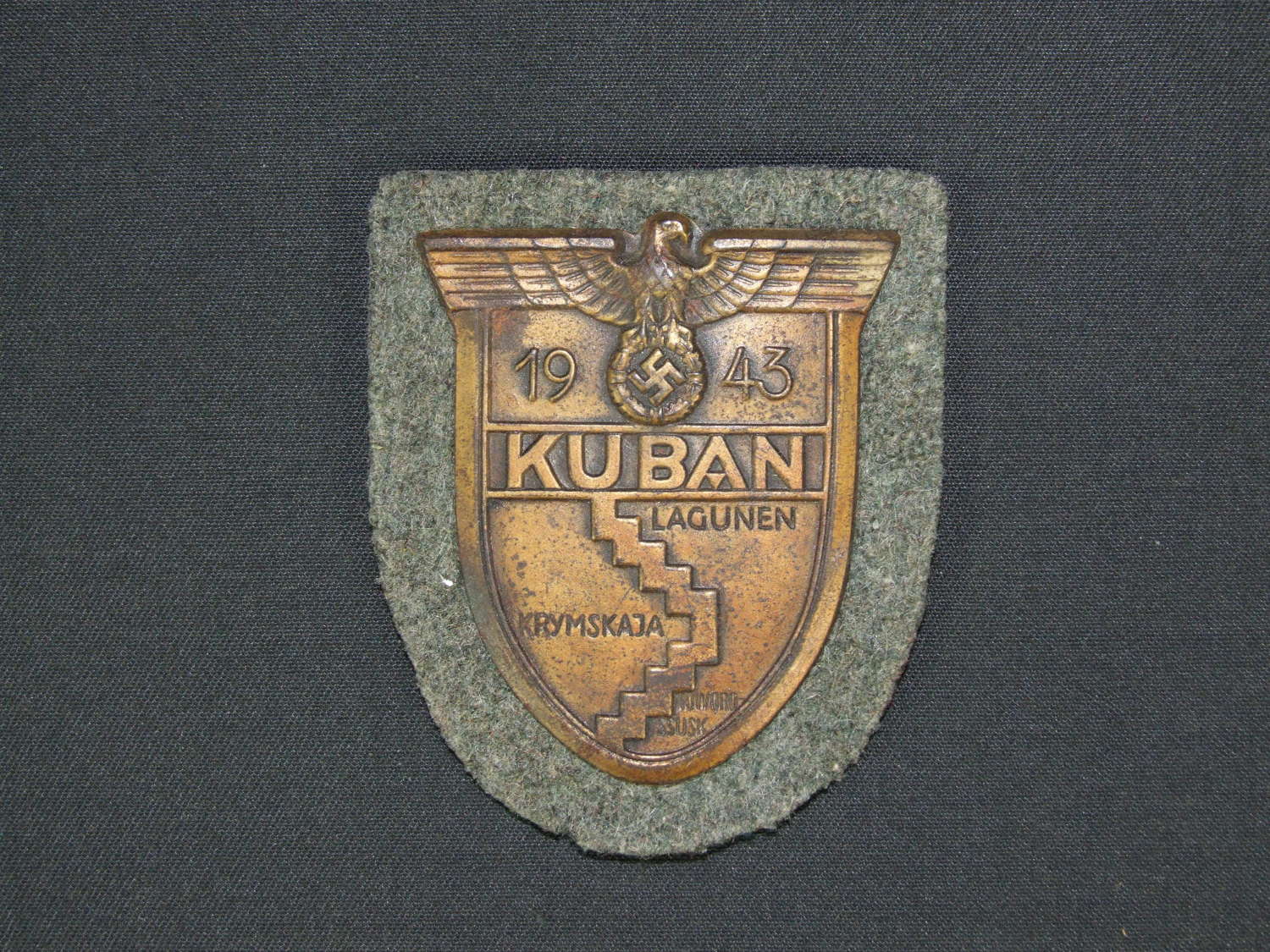 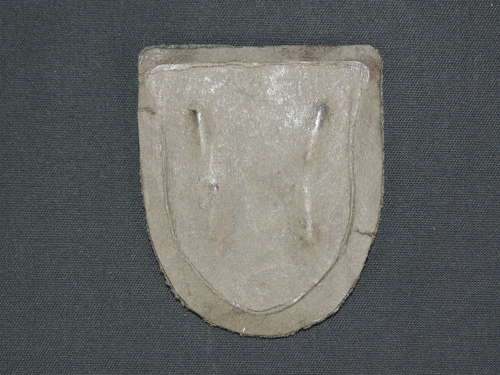 A near mint unissued example of a Kuban Shield in bronzed sheet metal with field grey cloth background and complete with paper backing showing the folded prongs beneath.

The Kuban Shield (Ärmelschild Kuban) was awarded to Wehrmacht forces who fought at the Kuban bridgehead in the Soviet Union from February 1943 until it was abandoned in October 1943. The award was instituted on 21 September 1943.