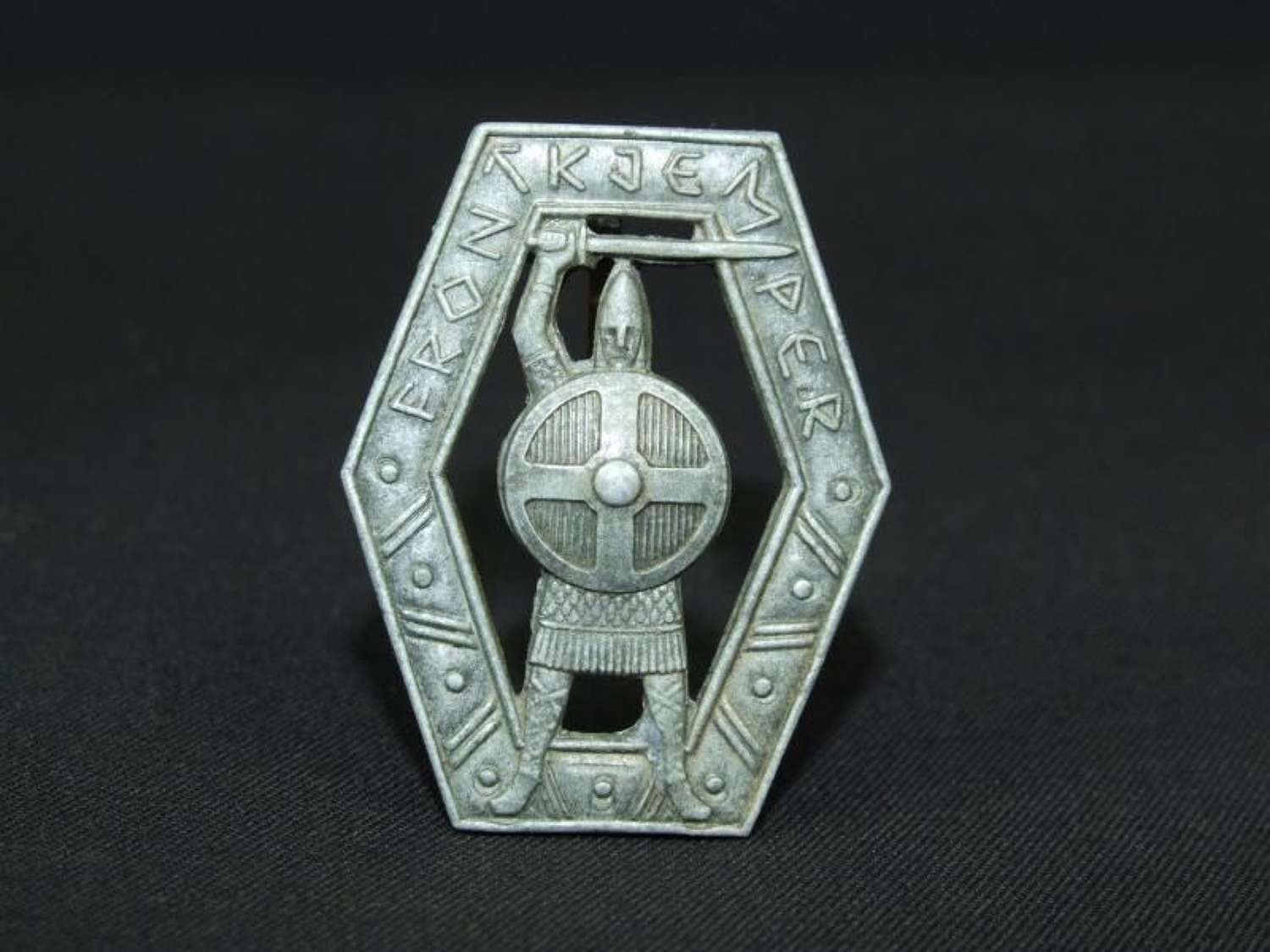 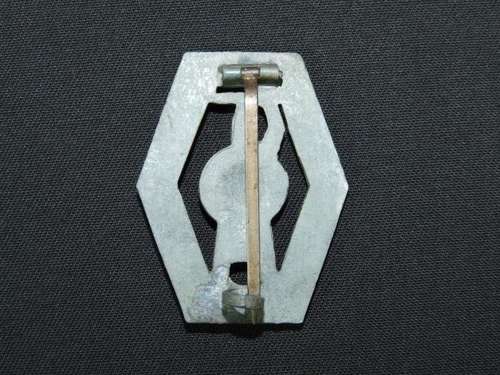 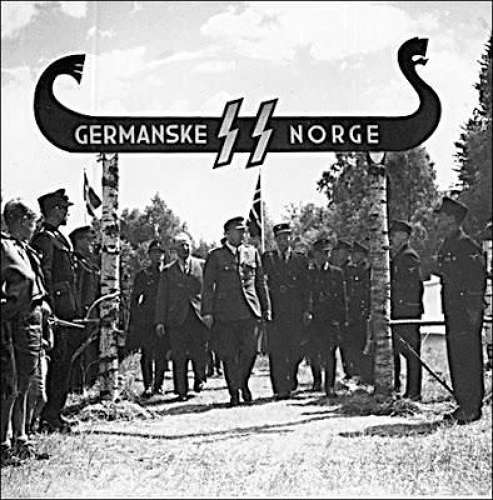 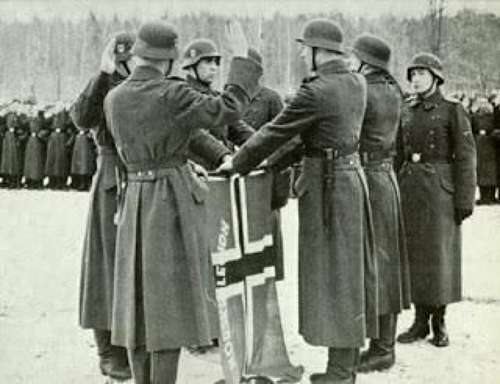 Norwegian SS Front Line Soldiers Badge Frontkjemper
Designed by Harald Damsleth and measuring 43.5 mm by 34 mm this Frontkjemper (Front Line Fighter) was manufactured in zinc in Norway and sold to those Norwegian SS volunteer members who had lost their badge. The award was instituted in October 1943 by Vidkum Quisling and was awarded to all Norwegian military personnel who saw active service on the eastern front.
An extremely rare badge and the first I have ever seen, the badge was produced in three forms, one in white metal and believed to have been made in Germany, one in silver and one in zinc, both of which were produced in Norway.
Recent documents discovered in theNorwegian Achieves show that these zinc badges were produced in March 1945 by the jewellery company Brilliant Ltd. in Torggata 34.

Head of the Front Fighters Office ordered 2000 Front Fighters Badges in zinc in order to distribute them to the members who had lost their badges due to different reasons as stock of the silver badges were now unavailable. They were priced at 7.50 Norwegian Crown per badge but Minister President Vidkum Quisling did not agree with Noreger's initiative and proclaimed his decision through the Chief Councillor Ã¸rnulf Lundesgaad that â€œSuch order was not authorised by me and thus I will not pay for it.

These are extremely rare, considering that only 1000 examples can be attributed and that the date of their production and delivery being just days before the War was over.

This example is in very good condition and free from damage.