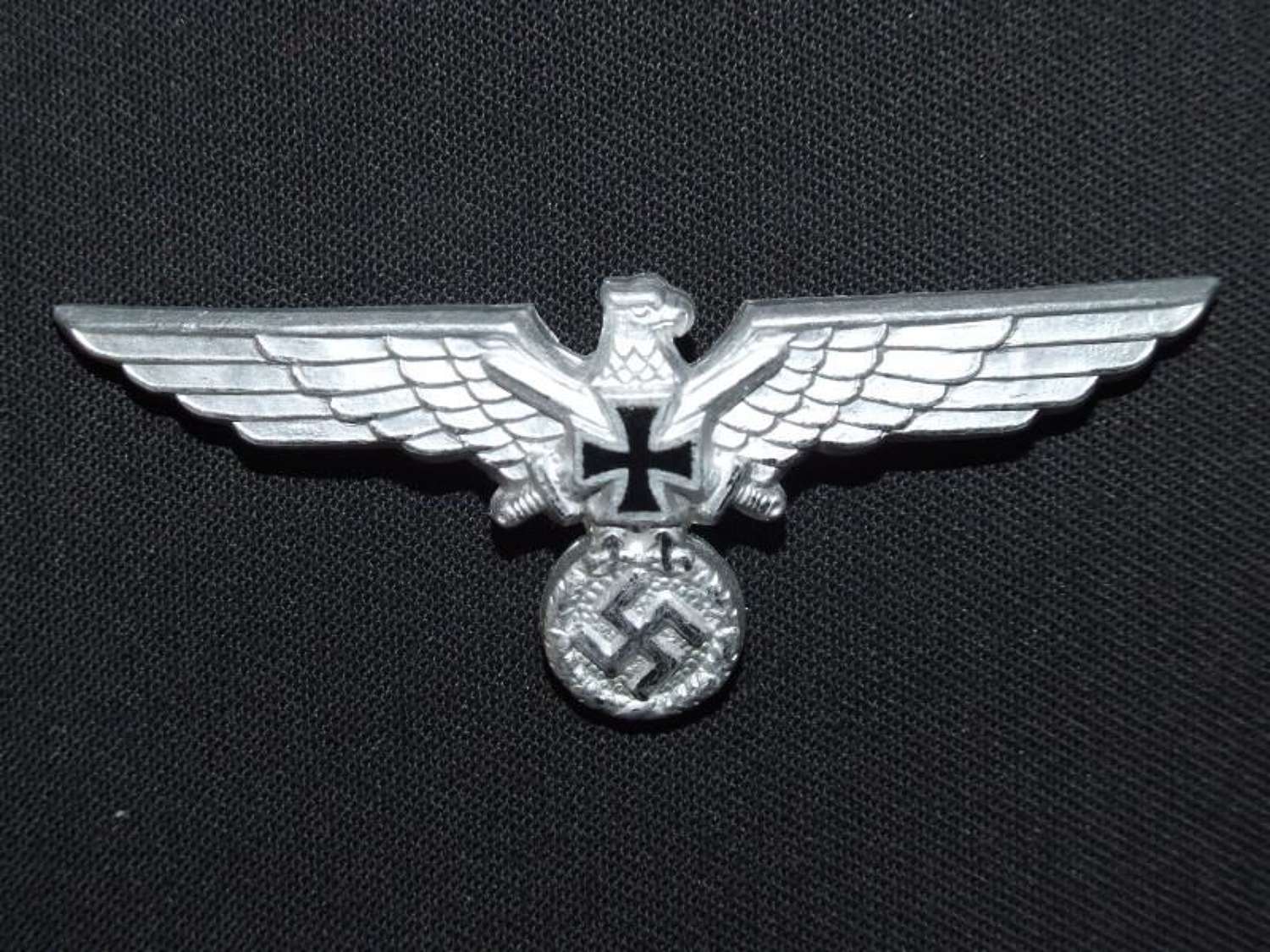 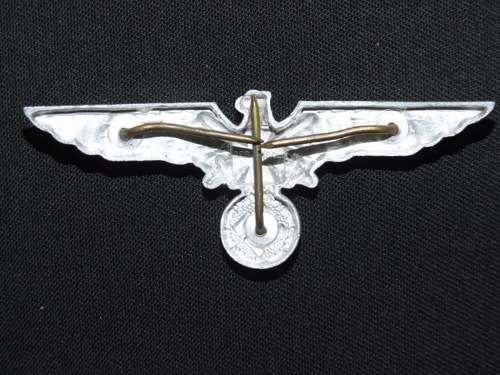 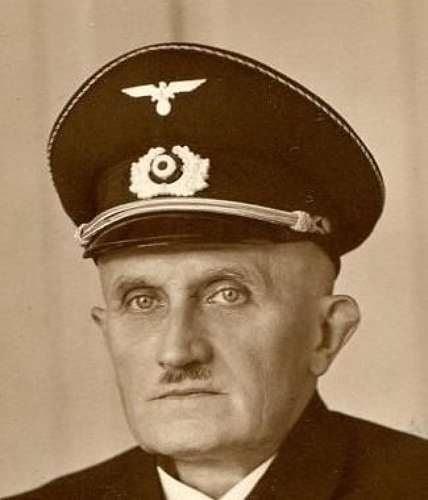 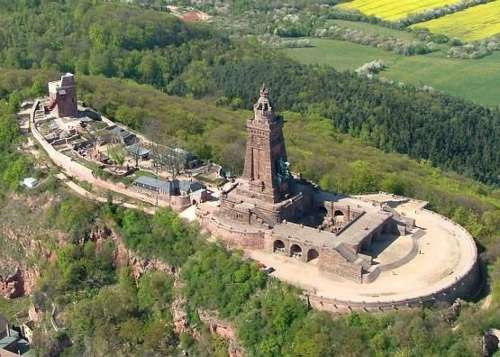 An excellent example in as new condition featuring an aluminium eagle with wings outstretched and with a Maltese cross at the breast with crossed swords beneath.
The reverse has three fixing pins with the number 2 and Ges. Gesch." (Protected by Law) raised in the moulding.
The DRKB, Deutscher Reichskriegerbund (KyffhÃ¤userbund), (German National Association of Veterans, KyffhÃ¤user Association), was formed during WWI, and was based on the DKB, Deutscher Kriegerbund (German Veterans Association), originally formed after the war of 1870-71. The addition of "KyffhÃ¤user" in the associations name referred to the KyffhÃ¤user Mountain where a large war memorial had been erected. The goal of the association was to preserve the morale and comradeship of former soldiers and to financially assist its members if required. On March 29TH 1938 the DRKB was renamed NS-RKB, Nationalsozialistische-Reichskriegerbund, (National Socialist-State Soldiers League), by the NSDAP and amalgamated with most of the earlier veterans associations into one national organization. Uniform and headgear regulations of the DRKB/NS-RKB were introduced prior to 1933 and were modified again in 1936 and 1938. The 1938 uniform modifications introduced a new pattern national eagle for wear on the breast and the visor cap. The new eagle was almost identical to the earlier, (circa 1936), Soldatenbund, (Soldiers League), eagle but had the eagle facing to its left as opposed to the right facing Soldatenbund eagle.