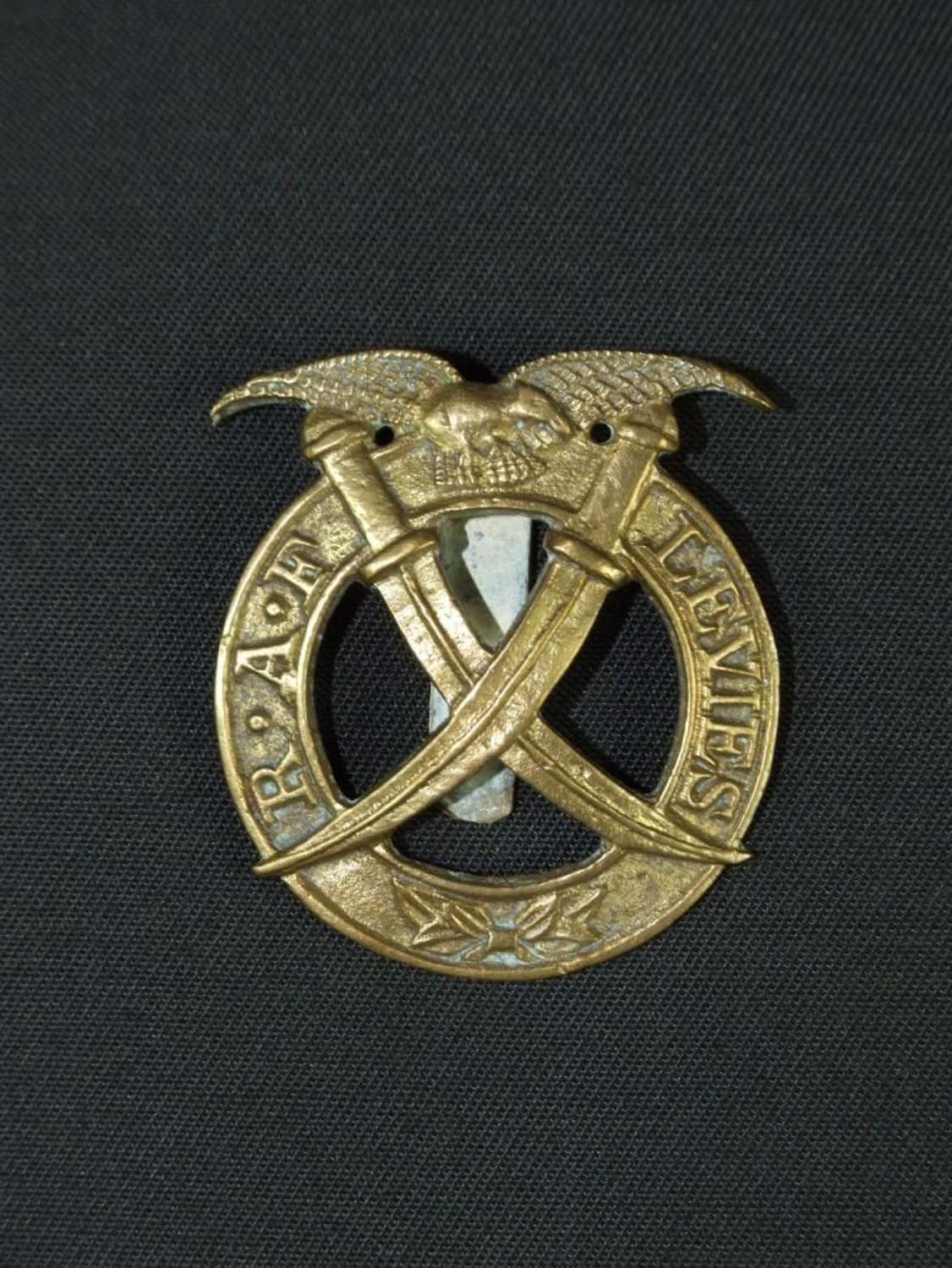 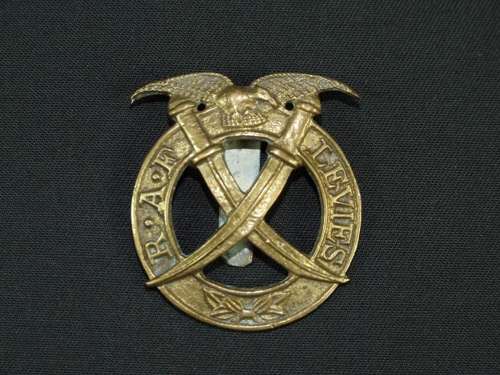 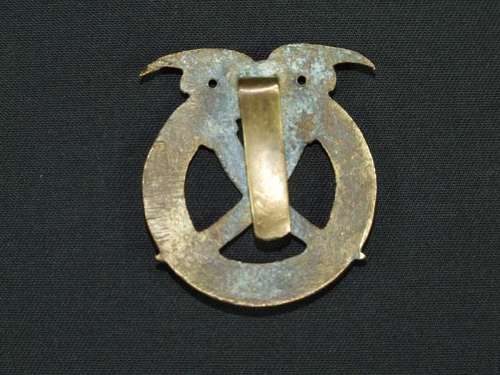 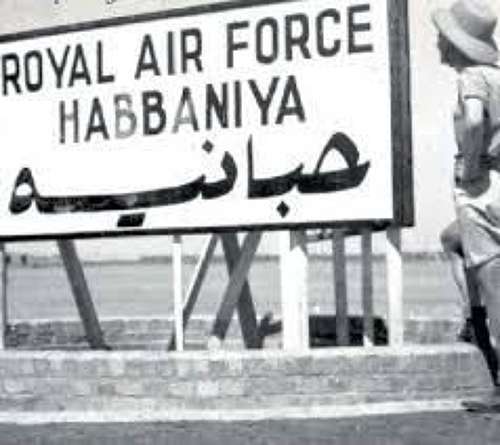 A vaulted RAF Levies Cap Badge in gilded bronze with slider in very good condition
The Iraq Levies was the first Iraqi military force established by the British in British controlled Iraq.
The Iraq Levies were a noteworthy feature of the Kingdom of Iraq, and especially of northern Iraq during the years of the mandate. They distinguished themselves in May 1941 during the Anglo-Iraqi War and the force thereafter grew and survived until disbanded in May 1955 when control of RAF Habbaniya and RAF Shaibah was handed to Iraq