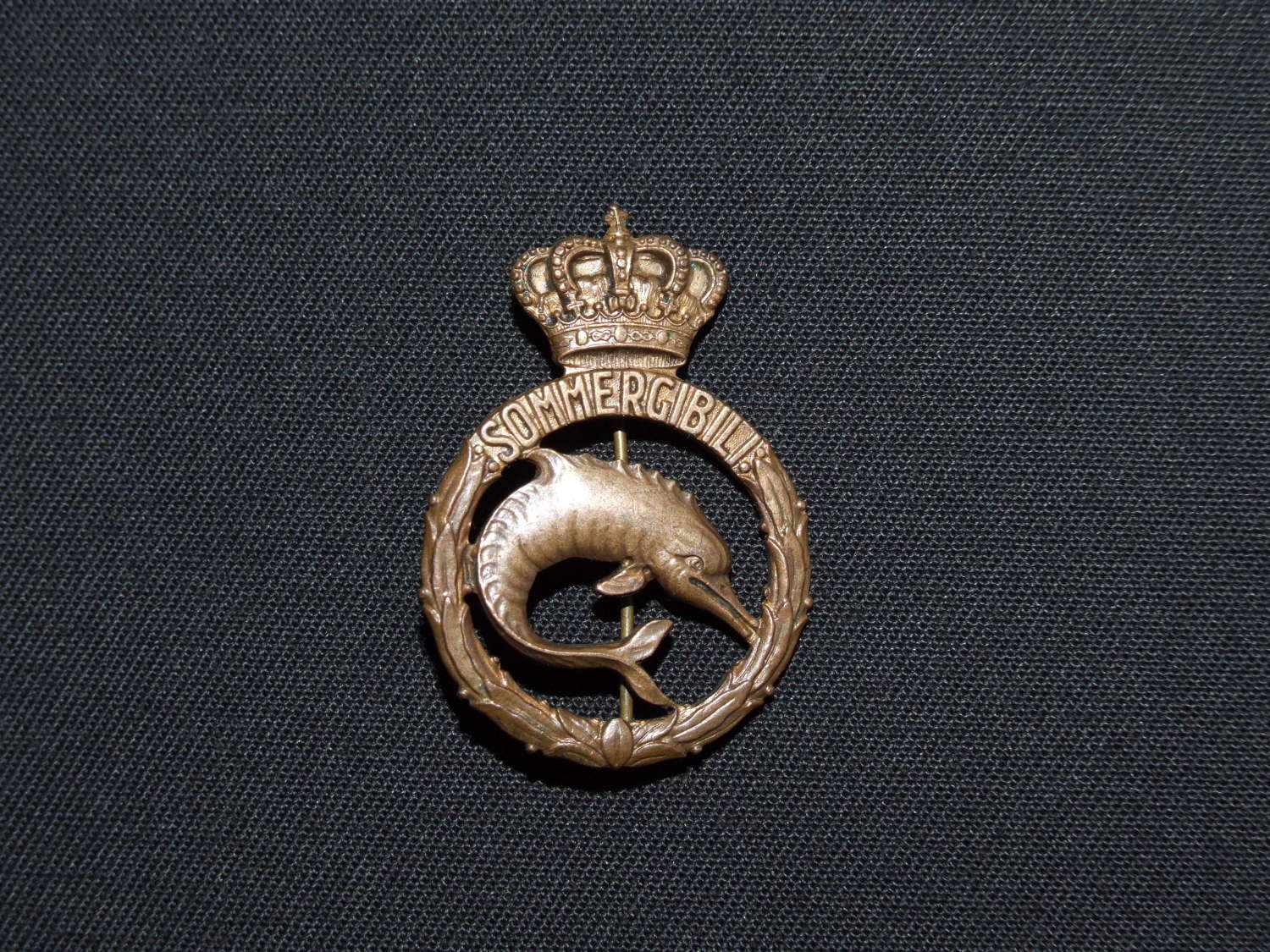 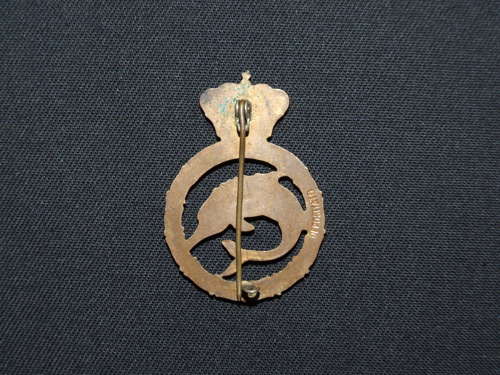 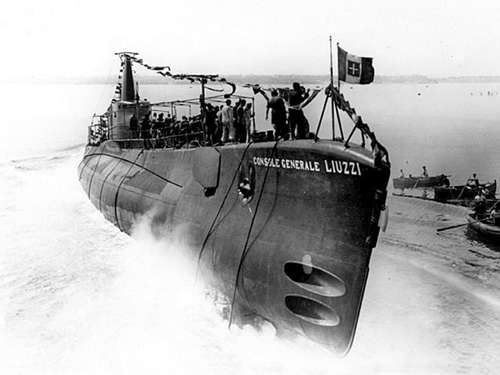 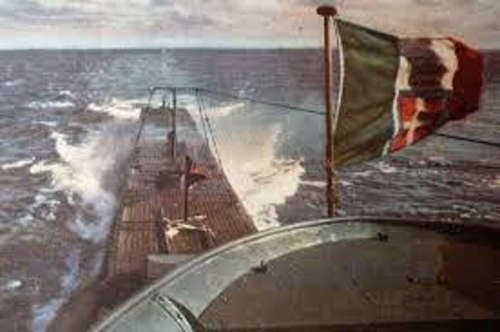 Constructed in bronze with a vertical pin back it measures 35mm x 25 mm with a dolphin within a wreath and Sommergibili below the crown. The reverse impressed, Depositato. Overall condition is very good

At the joining of hostilities in June 1940 Italy had 115 submarines, of which 84 were operational; however, 10 were lost in the first twenty days of action, due partly to flaws in quality, or poor training, and partly due to reckless bravado. Thereafter the Italians never had more than 25 to 30 boats at sea at any one time.

Soon after June 1940 a submarine force was dispatched to the Atlantic, honouring a commitment to Germany to help in the Atlantic campaign. Code-named BETASOM, this force was stationed at Bordeaux in occupied France. 32 boats in total served in the Atlantic, equalling the German numbers at the time. Half of them later returned to the Mediterranean, or were converted to transports, for operations to Far East. The Italian submarines operating in the Atlantic overall sank 109 allied merchant ships totalling 593,864 tons.