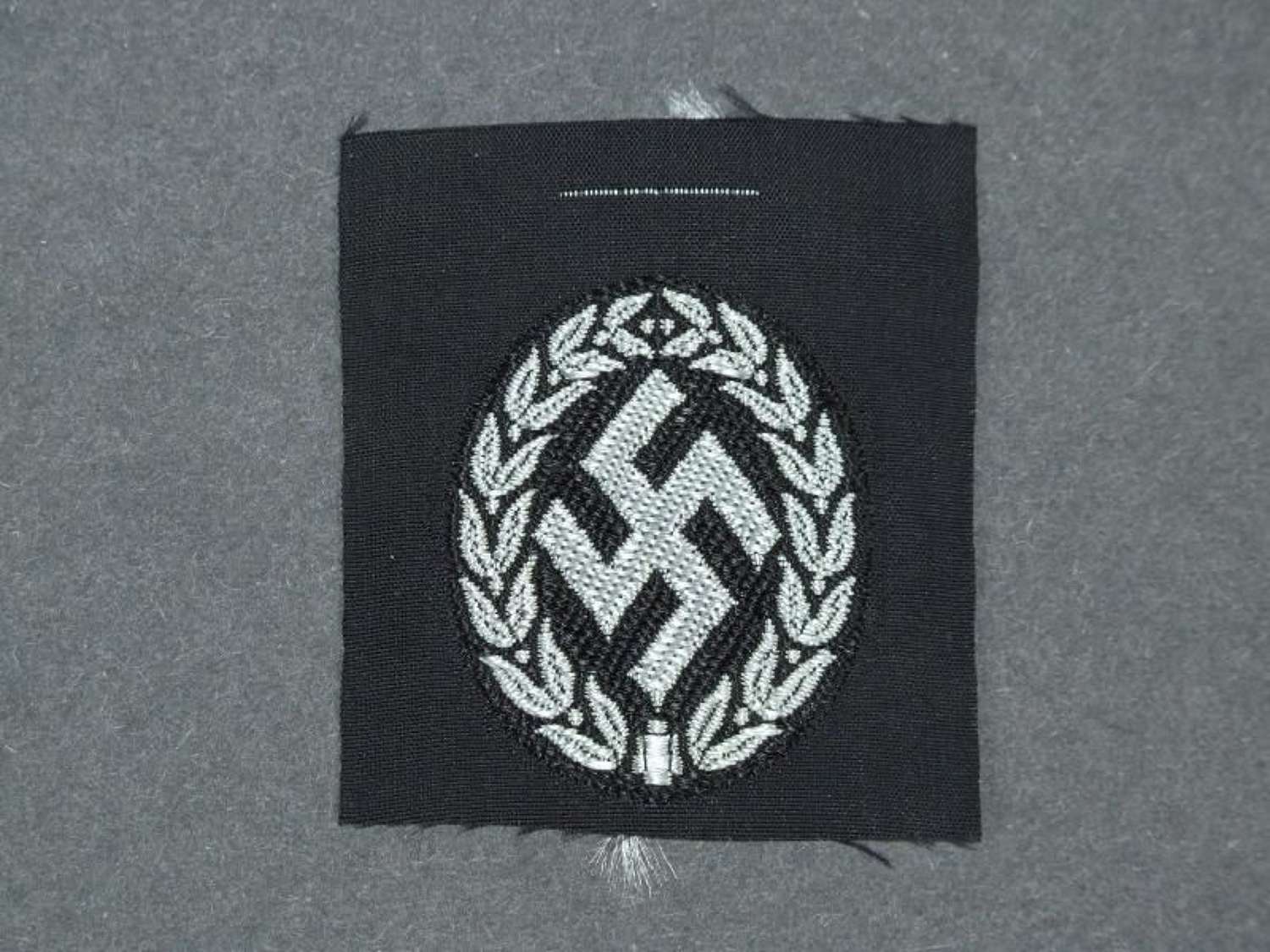 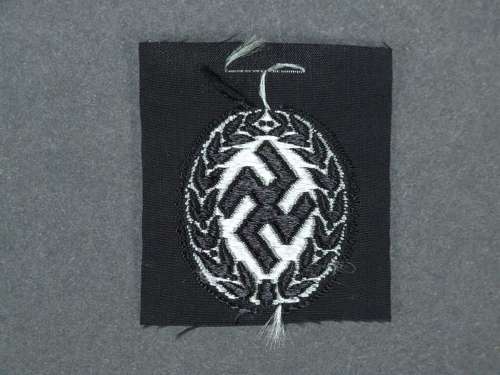 Unissued and in virtually mint condition this machine embroidered Schuma Cap Badge is from the collection obtained from the immediate family of Sgt. Charles Ruzicka, a Tank Commander with the US 6th. Armoured Division which saw extensive action throughout Western Europe and participated in the Battle of The Bulge and most importantly, the liberation of Buchenwald Concentration Camp. Research suggests the probability that most and perhaps all of the items were collected from stores at Buchenwald and some support is given to the theory by the presence in the collection (now sold) of an aluminium SS clothing requisition tag which I believe was from the camp. A video recording of Sgt Ruzicka being interviewed at a 6th Armoured Division Reunion can be seen here. He is second to appear: https://drive.google.com/file/d/0B0RDJI5eLTGFQk5HRkM0ZEVyV00/view .
The protection team, or Schuma was an auxiliary police unit of local volunteers from the occupied territories of Eastern Europe. They were set up in areas under civil administration and were integrated into the command structure of the SS. In the former Polish territories in the West of the Soviet Union and the former Baltic states these units received great popularity. In late July 1941 the protection teams of ReichsfÃ¼hrer-SS Heinrich Himmler were expanded into an important instrument of German tyranny in Eastern Europe. By the end of 1942, the Schumas reached a strength of about 300,000 men, organized in units to battalion strength. They were used to guard concentration camps and actively participated in the so-called anti-partisan activities.