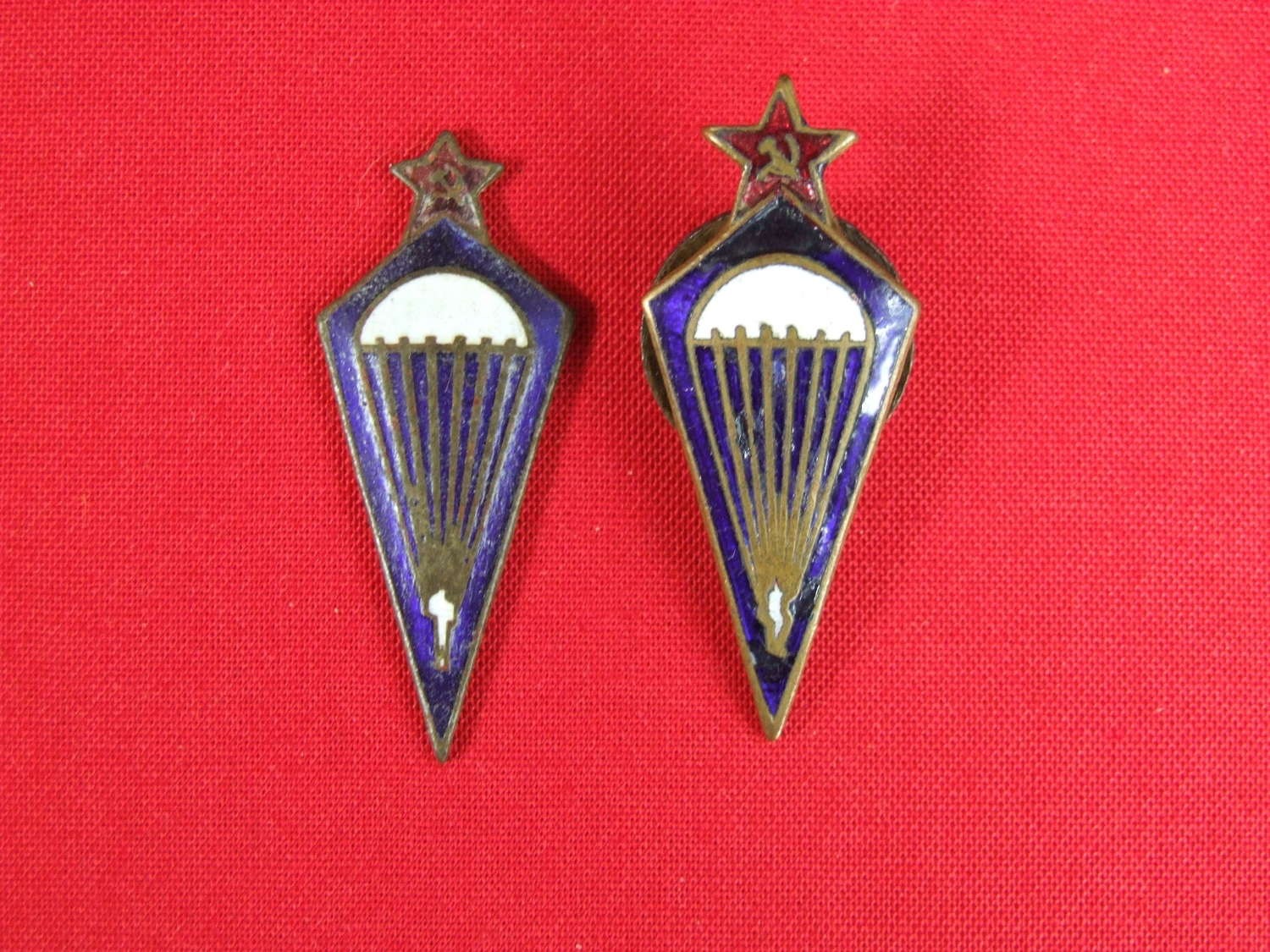 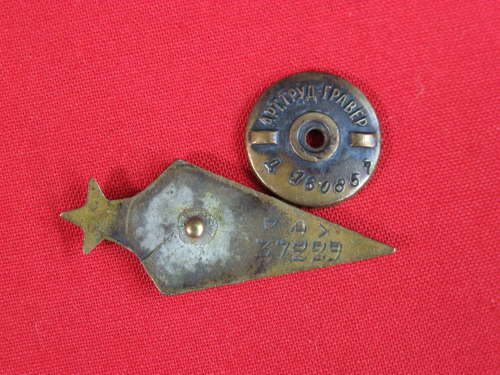 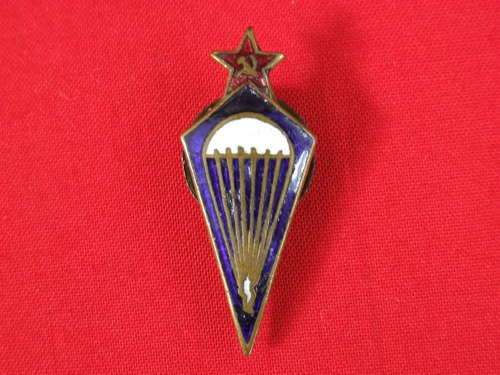 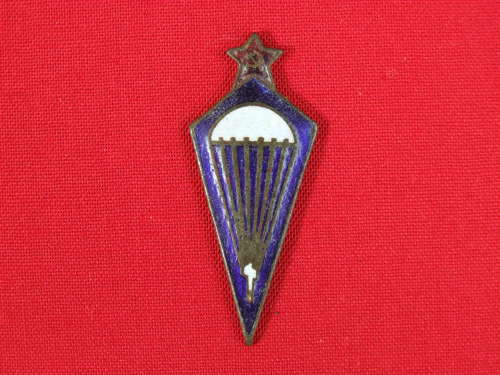 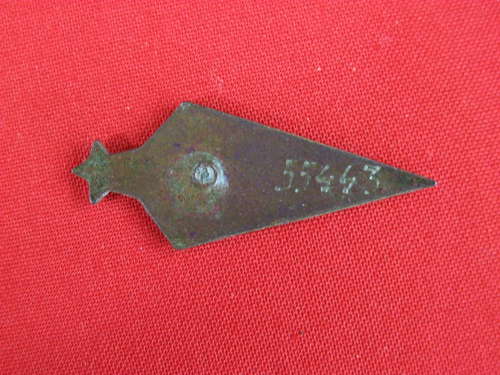 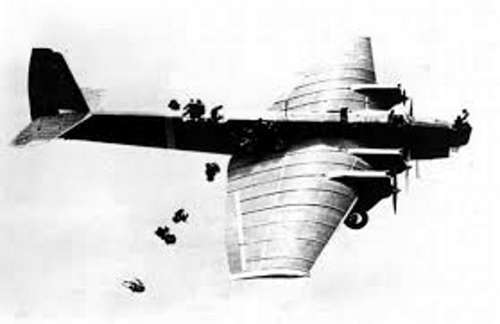 Two pre war Soviet Defence Society Parachutist badges made of a bronze colour non-ferrous metal with a triangular base. The obverse with blue enamel to create a background for the white image of the figure suspended from the rigging lines of a white parachute. The badge is surmounted, on top, by a red star with hammer and sickle.

The first badges measures 4.3 x 1.7 cms. with a fastening screw and securing nut. The nut with number and makers details. The badge reverse is engraved OAH 37229 - Osoaviakhima 37229.

The second badge is slightly smaller measuring approximately 4 x 1.7 cms. On this example the reverse is engraved 55443 but is missing its fixing post and screw.

The first aviation sign of the Defence Society - the Parachute badge, was approved in February 1931. Eyewitnesses say that when examining the draft sketch member of the Presidium of the Central Council of the USSR and RSFSR PI Baranov, former head of the Air Force of the Red Army, personally drew a red star on the dome of the parachute, and so the star was preserved.

The badge was presented to the paratroopers, who made their first jump from the plane. The first 100 badges were made of silver and were presented to the pioneers of parachute sport: B. Petrov, A. Fateev, the first Soviet paratrooper L. Kuleshova and others. Soviet parachuting, like domestic aviation, largely owed its rapid development to the Leninist Komsomol.

From the rostrum of the Ninth Congress in January 1931, the  appeal of "Komsomolets, on the plane!" was widely picked up by the youth. Thousands of young men and women on Komsomol tickets came to study in the schools of the Air Force, the civil air fleet, in aero club Osoaviakhima. The Komsomol members initiated the creation of parachute circles, stations, and the construction of parachute towers.

Two rare badges from the first days of Soviet parachutists.