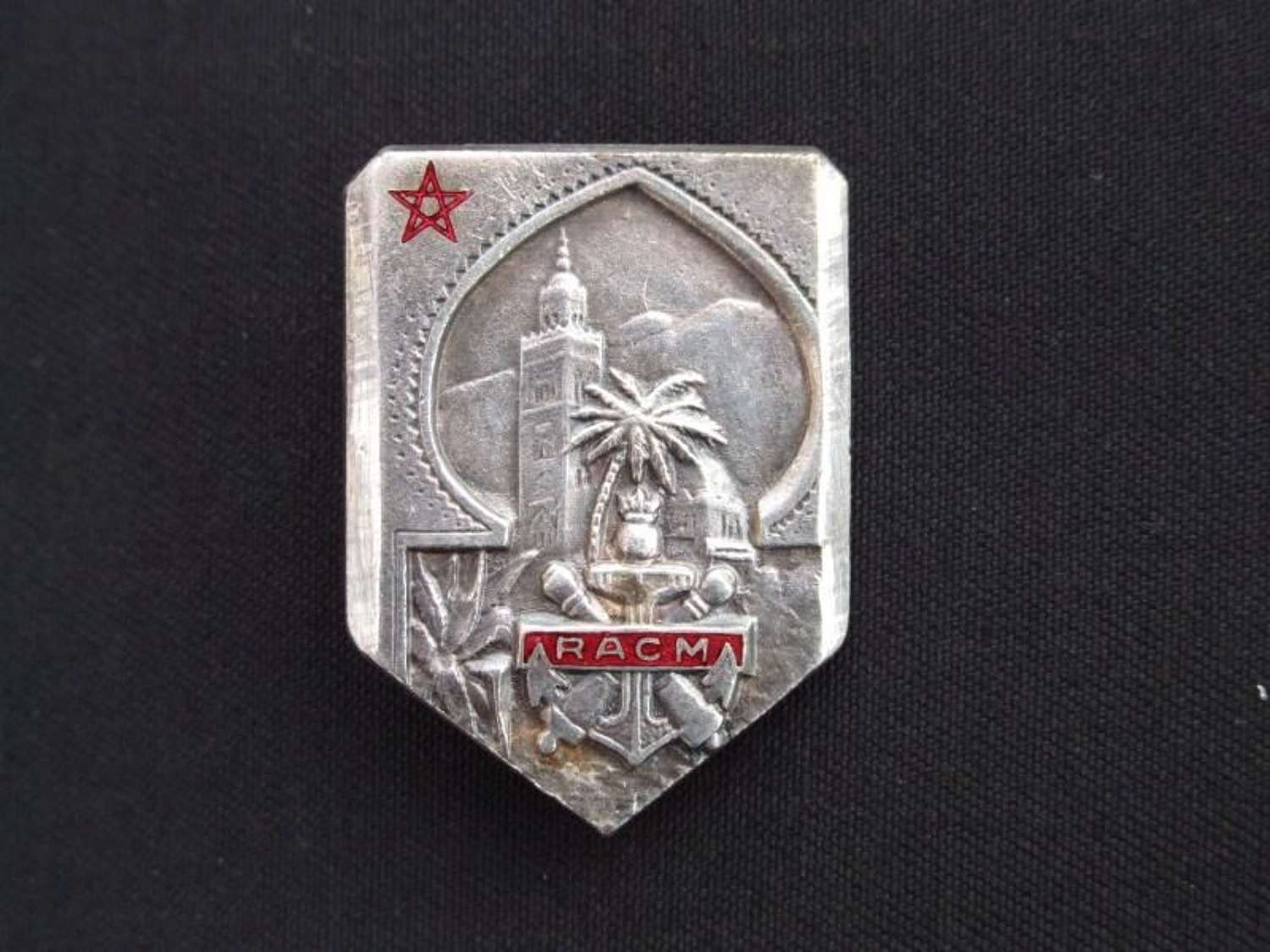 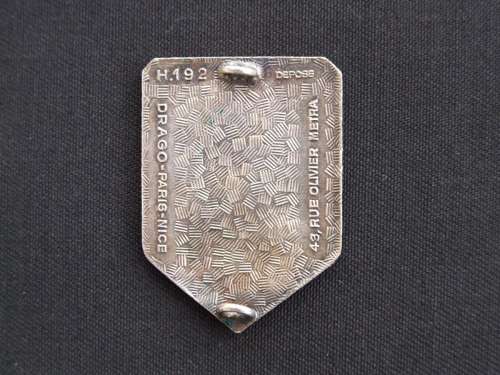 A nice Second World War insignia of the French Colonial Artillery Regiment of Morocco ('RÃ©giment d'Artillerie Coloniale du Maroc' - R.A.C.M.).
Depicting an Arab scene over an anchor with crossed cannons above a red enamelled with RACM, the reverse marked Drago-Paris-Nice, H 192 with makerâ€™s address.
Very good condition with two fitting posts but lacking the sprun pi.
On 17 June, 1944, two batteries of the RACM, as part of the French 1st Army Corps, and alongside British Royal Marine Commandos, assaulted the island of Elba, capturing the island from the German and Italian defenders by 19 June.