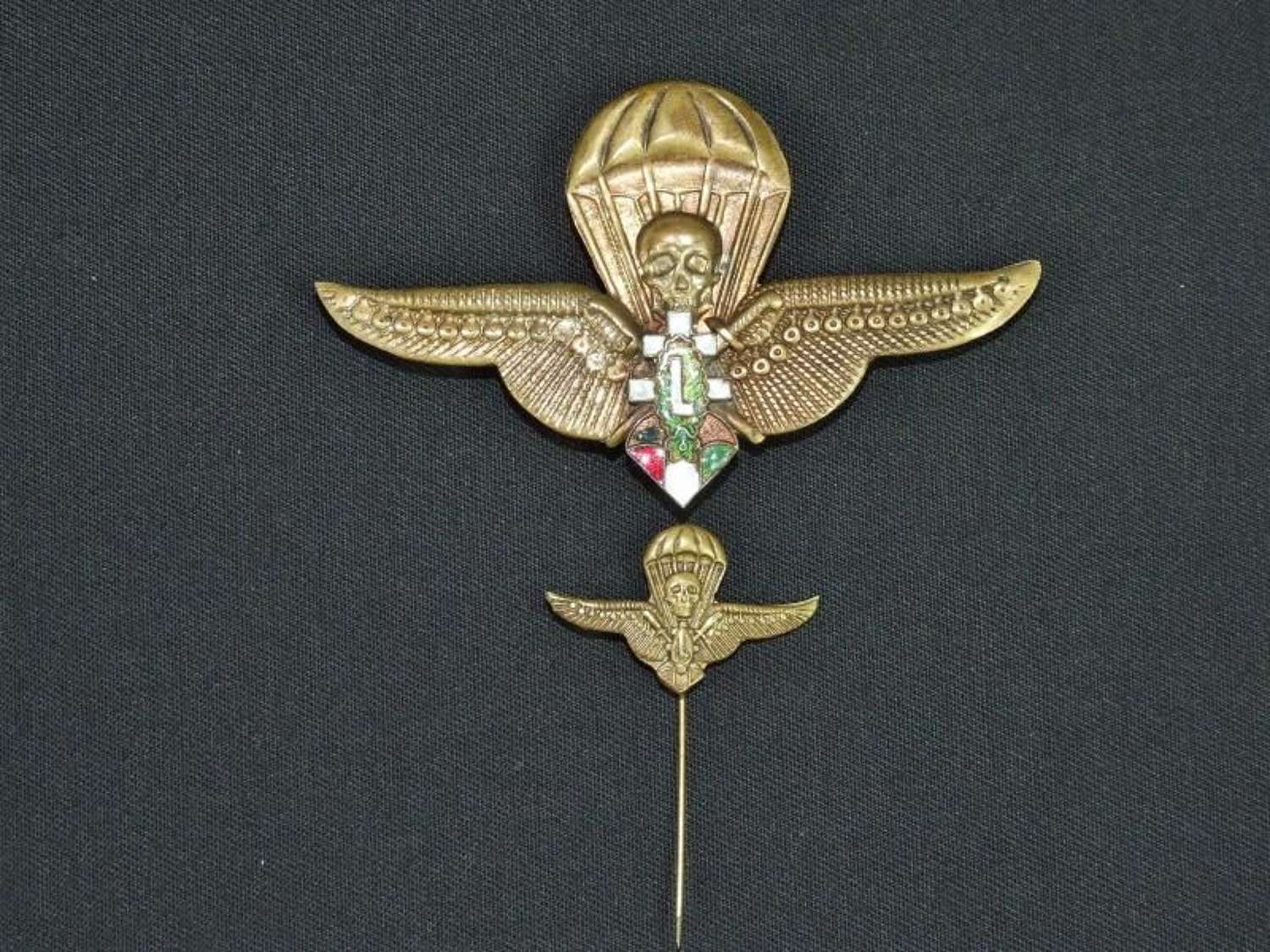 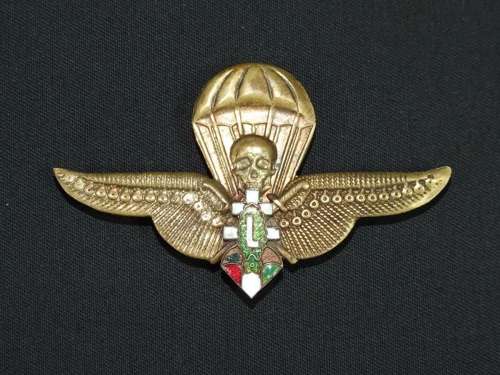 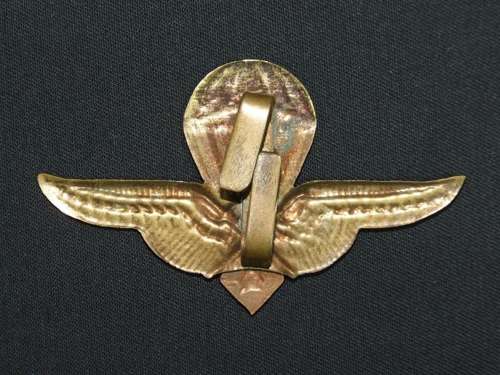 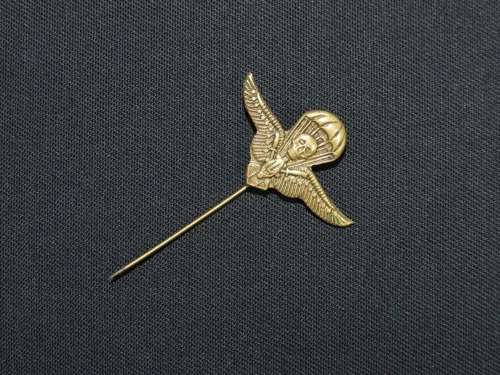 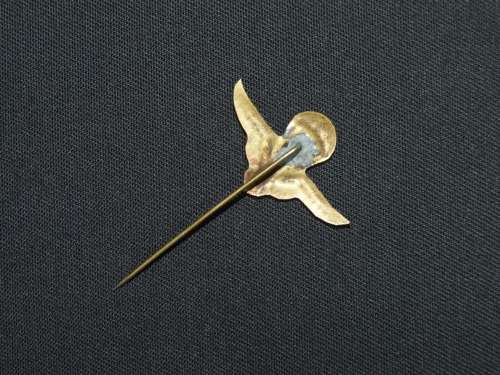 An extremely rare WW11 Hungarian Paratroopers pair comprising a full size qualification badge in bronze in the standard form with the addition of the Levente insignia in bronze and enamel and a lapel pin of the same wings in miniature. Both are in very good condition with one very small area of loss to the enamel on one of the cross arms of the Levente insignia.
Whilst WW11 Hungarian Parachute wings are rare, this is the first I have seen to the Levente (Hungarian: Leventeszervezetek) which were paramilitary youth organizations in Hungary in the interwar period and during the Second World War. It was established in 1921 with the declared purpose of physical and health training.
It is usually compared to the Hitler Jugend and was in fact an attempt to circumvent the ban for conscription imposed by the Treaty of Trianon and over the time it had openly become a pre-military organization under the leadership of veterans.
By the end of World War II Levente members had to actually serve in auxiliary forces.