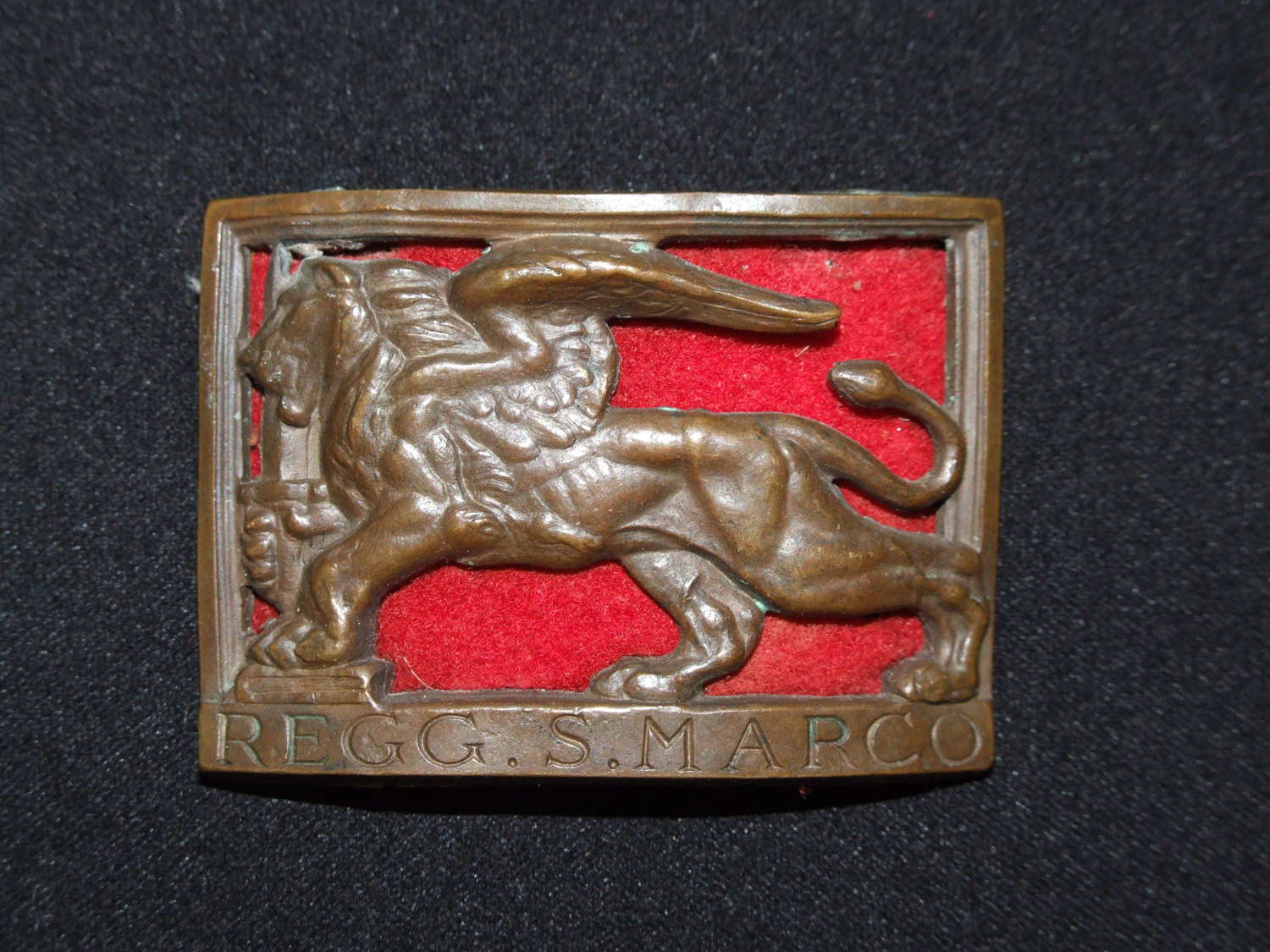 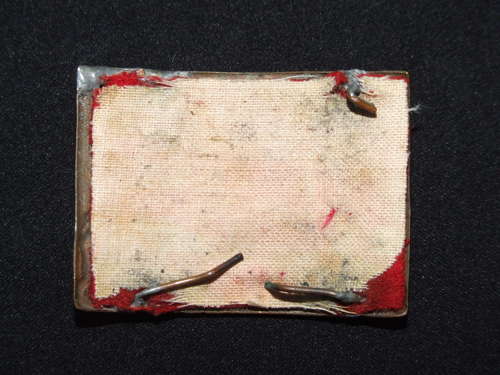 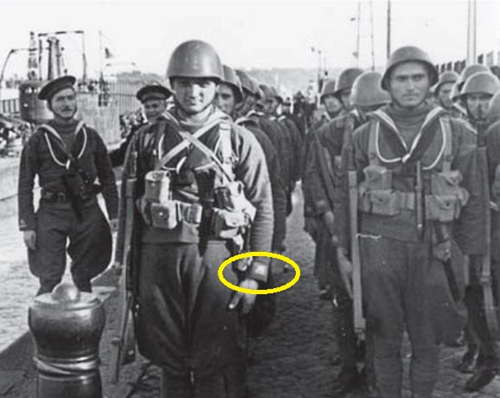 A very nice example of a WW11 Italian San Marco Marines Sleeve Badge in bronze with a red wool background. The Badge is in very good condition with three of the original four fixing prongs in place. The base of the Badge is inscribed Regg San Marco.

An elite unit with a distinguished history it fought particularly hard at Tobruk and Tunisia, where it stubbornly defended the Mareth line in April/May 1943, the last positions that the Axis forces in North Africa maintained. It was the 3rd Battalion of the 'San Marco' Regiment that repelled the British landings that took place at Tobruk on the night of 13/14 September 1942 aimed at retaking the town from the Italian garrison.

The Regiment had expanded to seven battalions before the final desert battles in 1943, including one which was parachute (the Battaglione Nuotatori) trained in 1941. German General Hans-Jürgen von Arnim later said of the San Marco Marines' fighting abilities in Tunisia in 1943, that they were "the best soldiers I ever commanded."