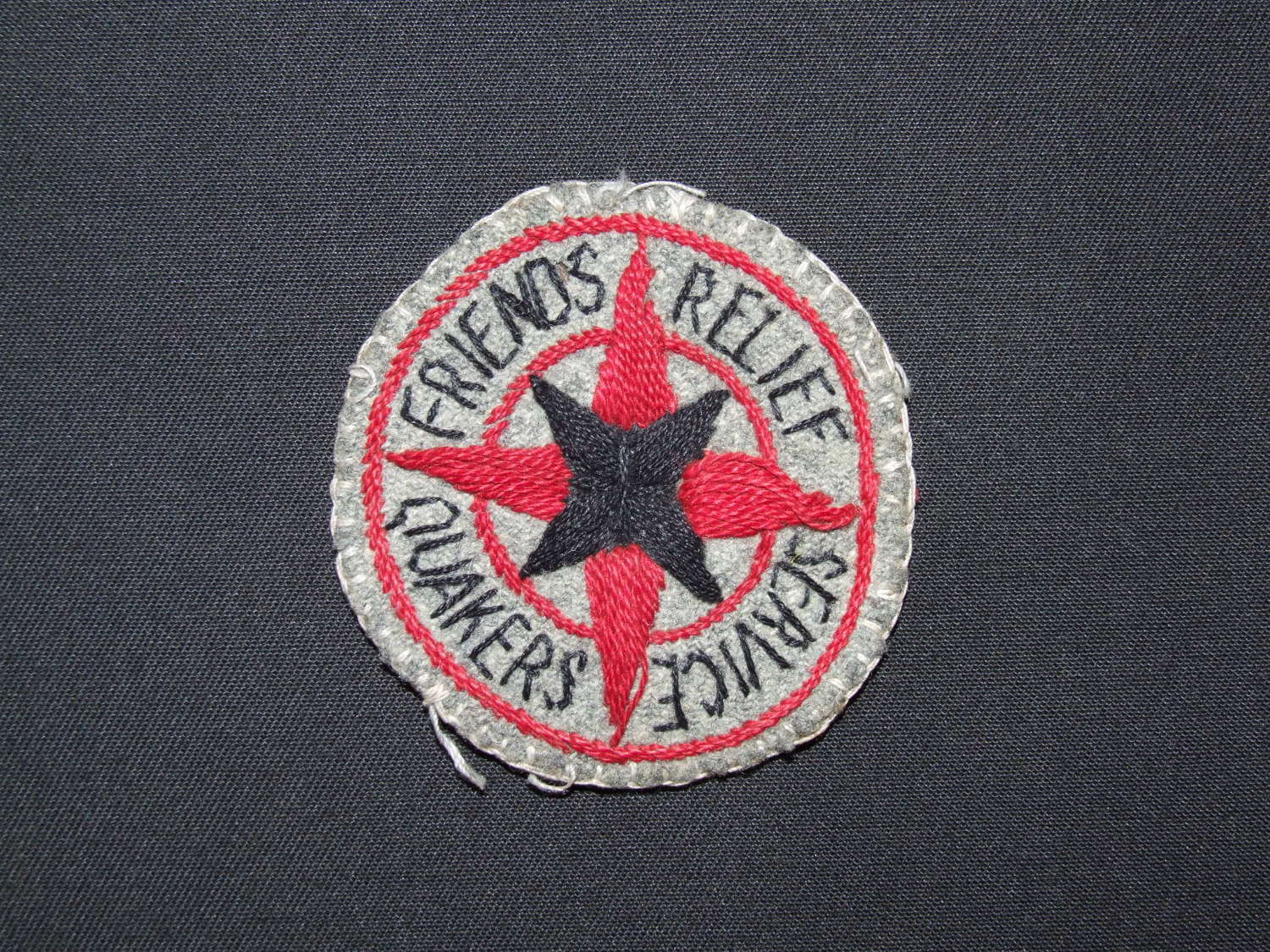 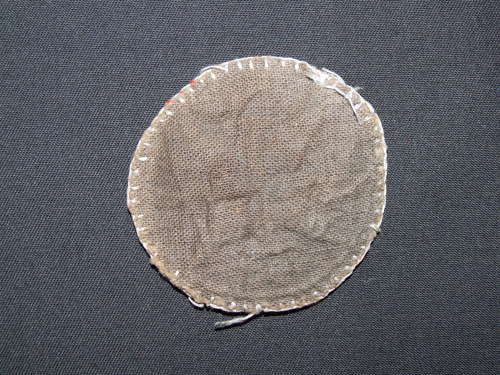 Worn on the grey Quaker Officer uniform they were required to wear in order to achieve protection under the Geneva Convention, this extremely rare Quakers Friends relief Service Badge is in very good uniform removed
For the first four years of the war, the entire focus of their work was on domestic relief, working alongside members of the Friends Ambulance Unit (FAU) and other voluntary bodies in air-raid shelters and ‘rest centres’ set up for the victims of bombing in cities including London, Coventry, Bristol, Southampton, Glasgow, Plymouth, Hull, Tyneside and Merseyside.
Between 1940 and 1946, they ran a total of 80 evacuation hostels, mostly for the elderly, adapting Quaker Meeting Houses, village halls, adult education centres or any other buildings they could make do with. Some were temporary; others continued for the duration of the war. Several were taken over by Quaker Monthly Meetings after the war and continued to run as old people’s homes.
Some homes were also established for mothers and children, or for unaccompanied children.  In Barnt Green in Bromsgrove near Birmingham, for example, a home for 30 children between the ages of 2 and 5 who had been bombed out of their homes was established in a house donated by two Quaker sisters. In Cotebrook in Cheshire, a small group of disabled people were integrated into the local community. Cotebrook House continues (without Quaker connections) as a home for the disabled today.
Provenance, Bosley’s auction 2020
In 1944, it became possible to expand relief work into