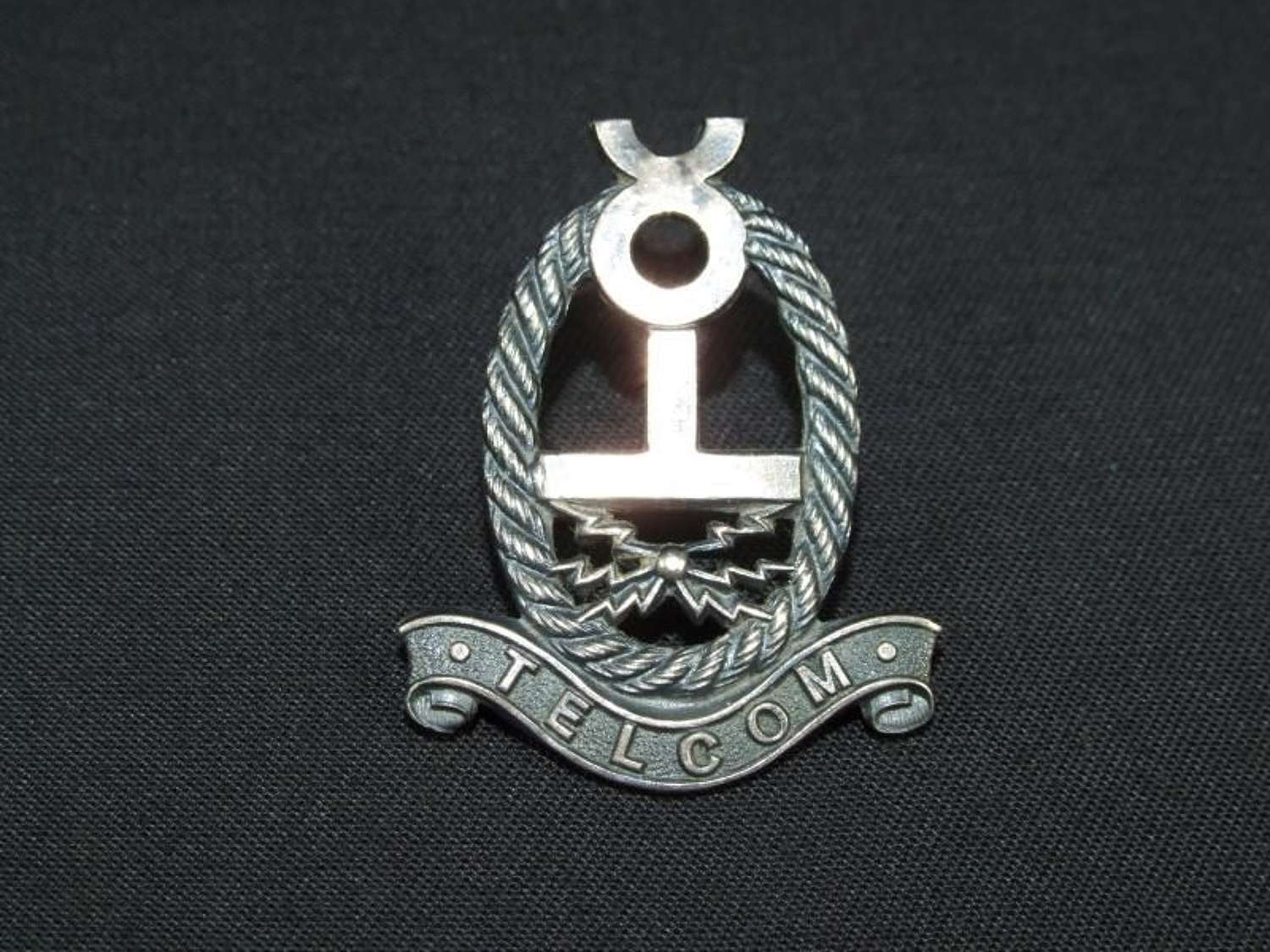 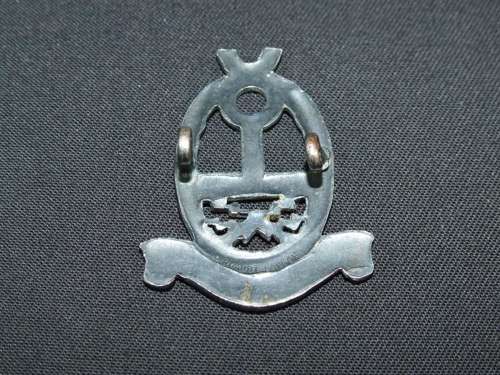 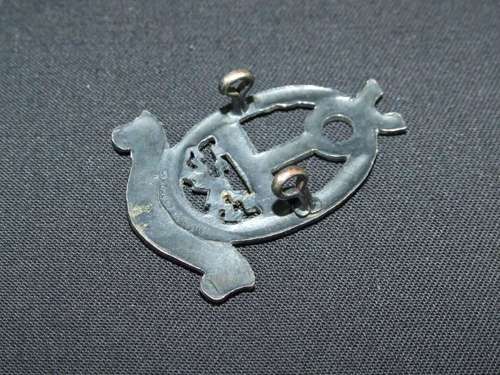 WW2 TELCOM Units Cap Badge to the unit formed in 1943
A silvered cap badge made by J R Gaunt, London with maker's name raise to the reverse and with post fittings. Very good undamaged condition
Worn by men and women of Telecom units of Cable & Wireless serving overseas who were consequently protected under the rules of the Geneva Convention if wearing a recognised military uniform.
In 1939, German-owned cables across the Atlantic were cut once again, and, in 1940, Italian cables to South America and Spain were cut in retaliation for Italian action against two of the five British cables linking Gibraltar and Malta. Electra House, the company's head office and central cable station, was damaged by German bombing in 1941. However, Cable and Wireless made a considerable contribution to the Allied war effort, supplying, for instance, the wireless equipment with which the North African campaign was conducted in 1942, and sending staff, in army uniforms marked with Telcom insignia and badges, into several campaigns, starting in Italy in 1943