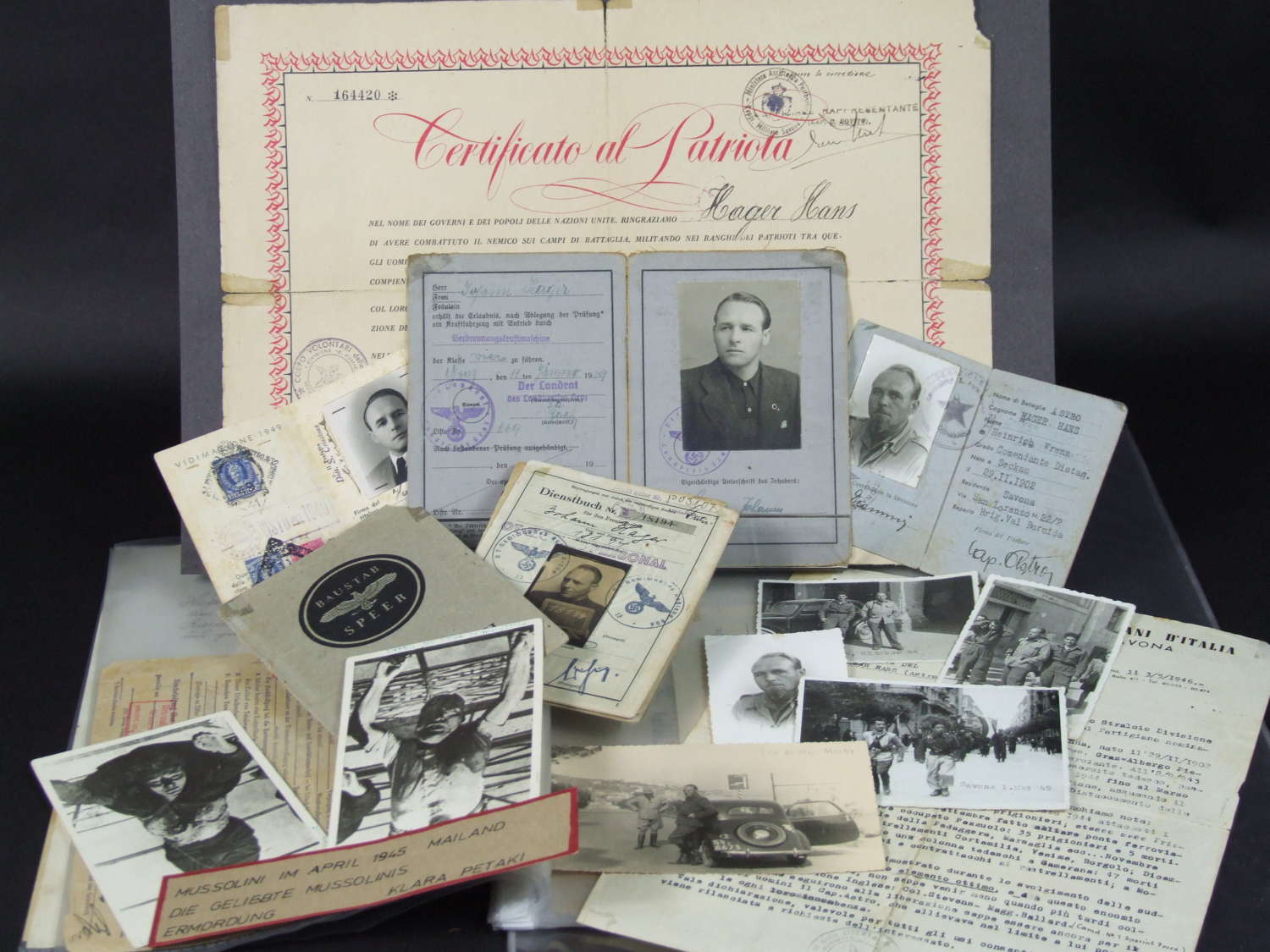 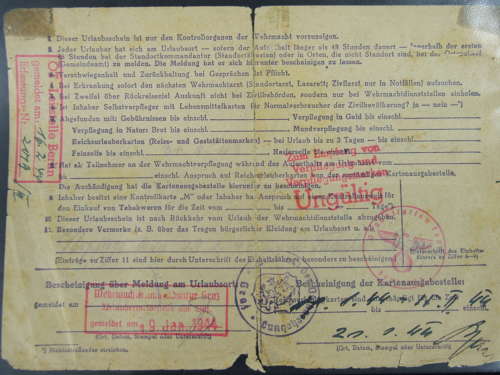 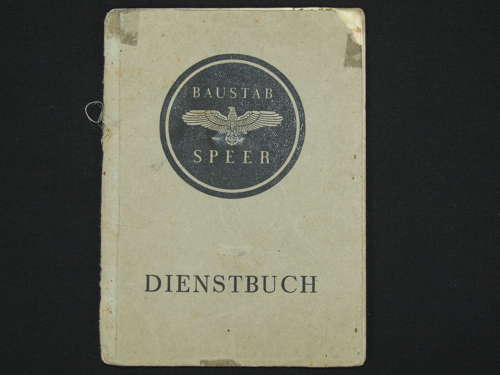 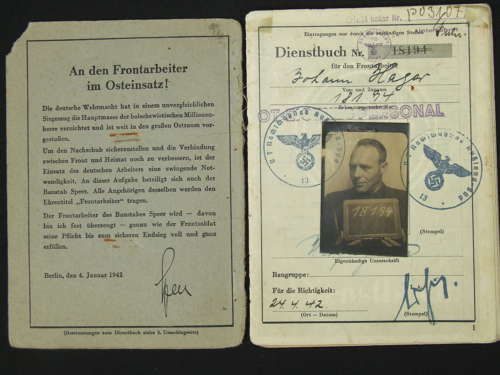 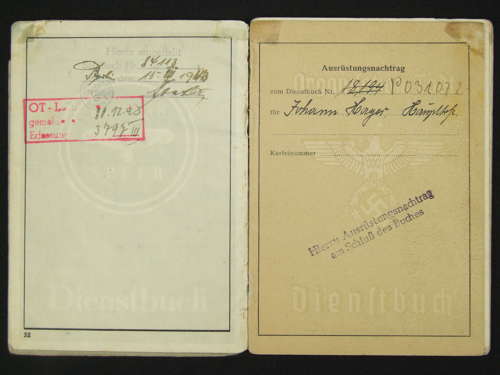 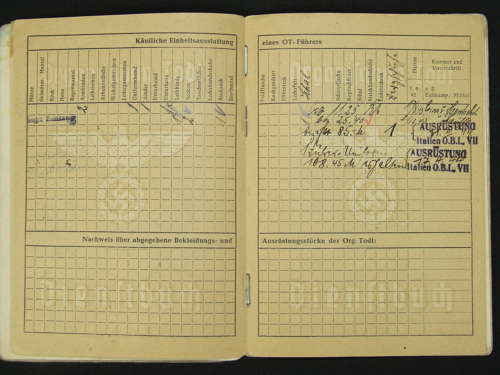 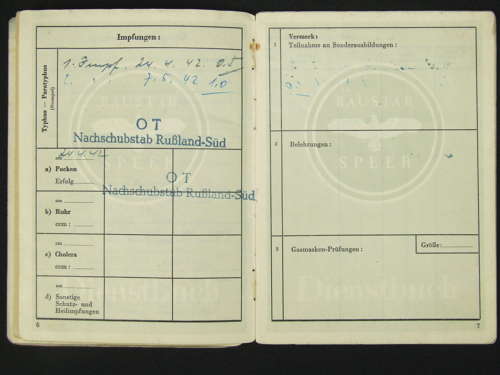 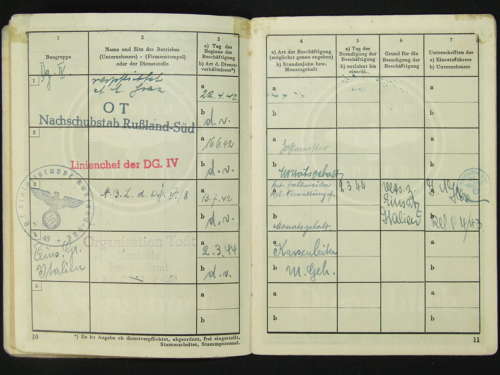 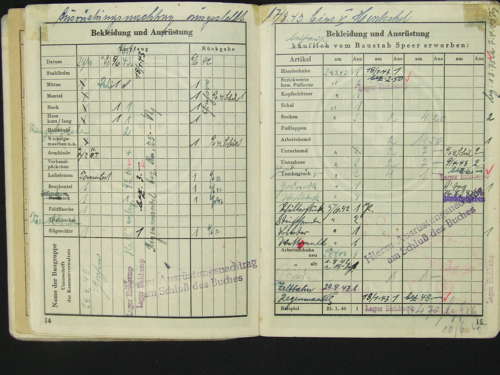 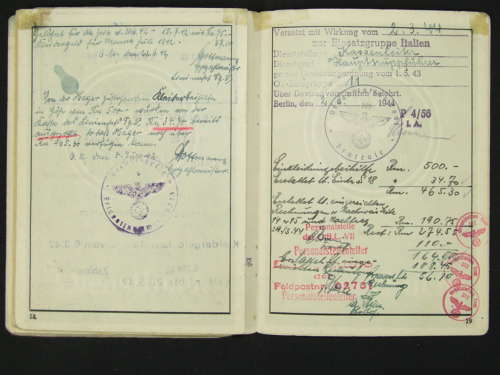 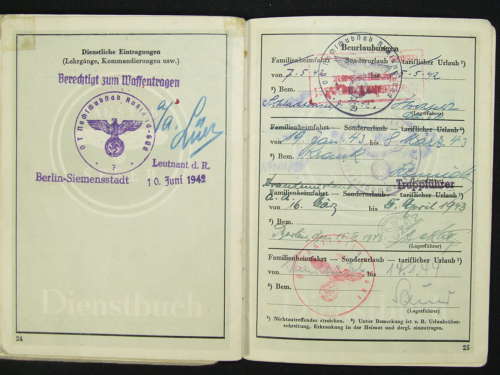 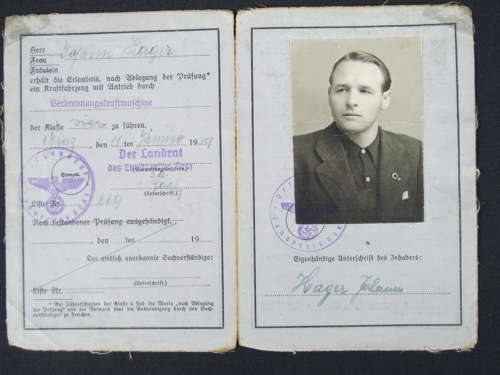 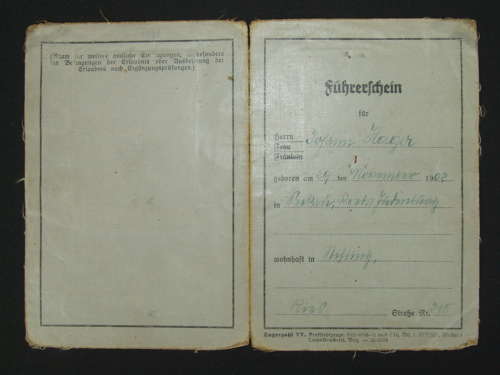 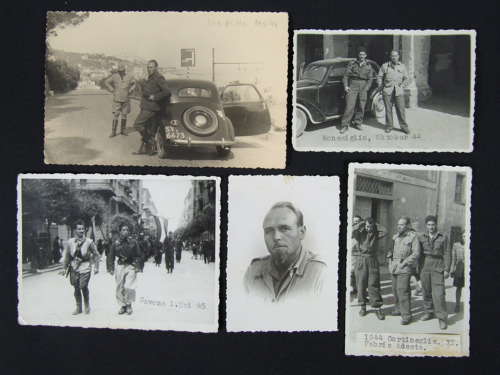 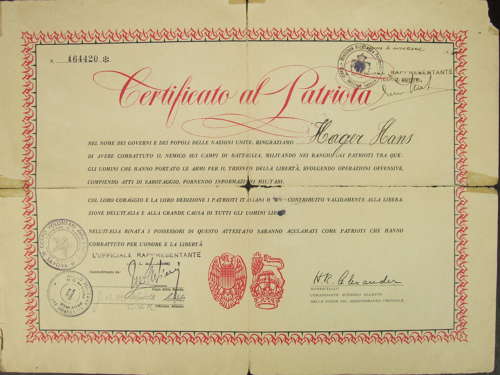 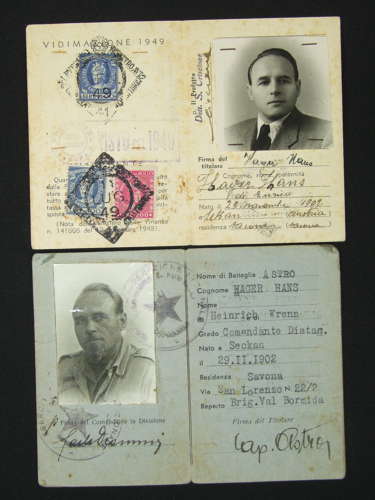 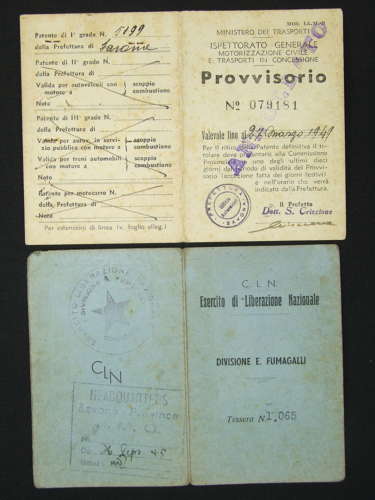 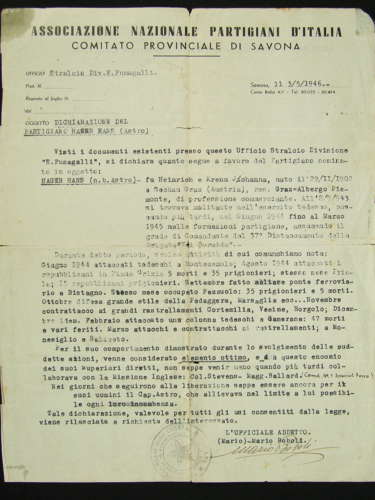 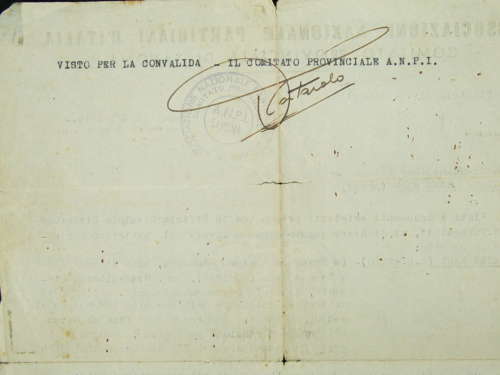 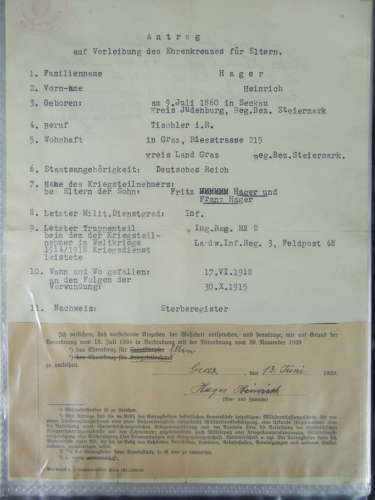 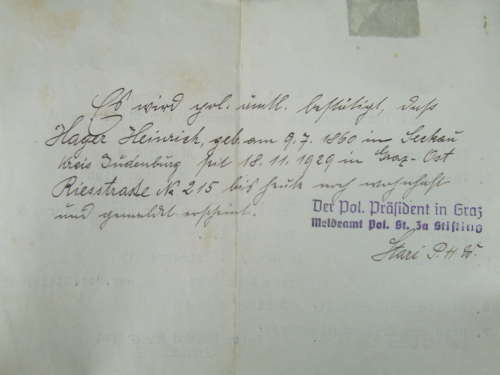 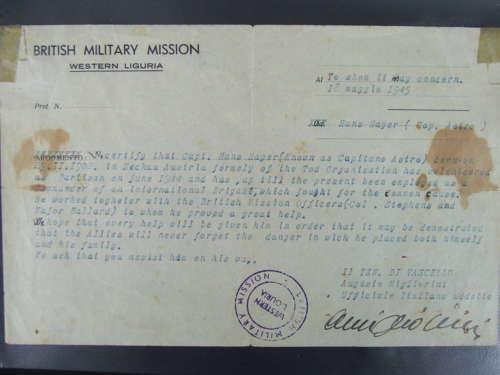 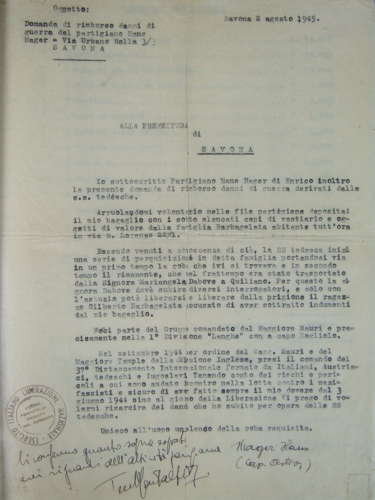 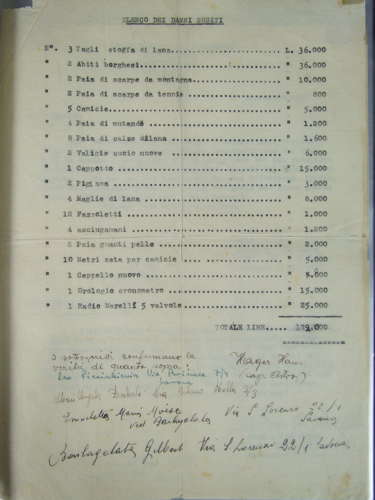 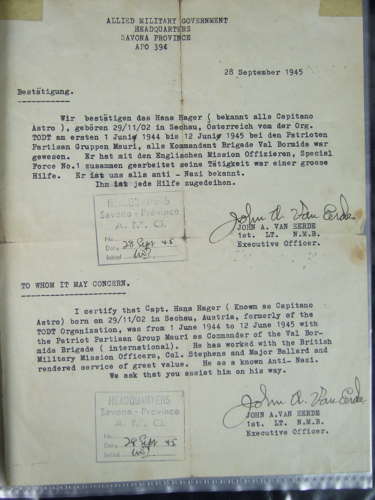 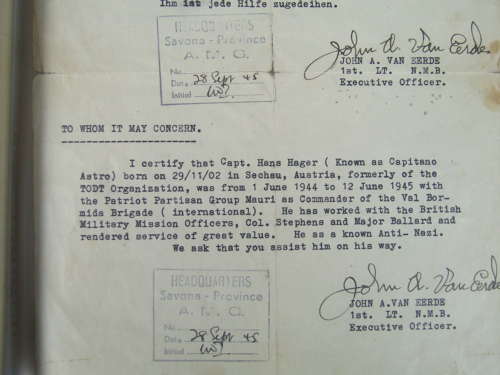 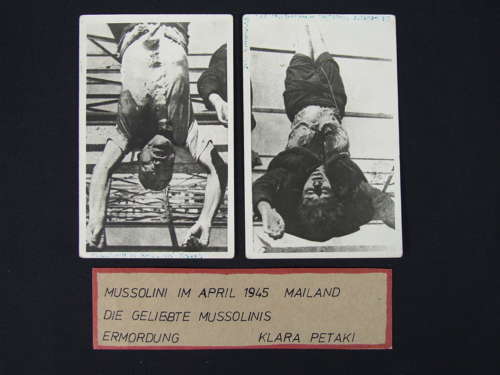 Documents to an OT Soldier Who Joined the Italian Partisans

A quite exceptional collection of documents and photographs relating Hans Hager, also known as Johanne, an Austrian conscripted into the Organisation Todt who changed sides in 1944 and joined the Italian Partisans where he was known as Captain  Astro to protect his family in Austria from reprisals.

A response to Hager’s family regarding his late father’s eligibility to awards for service during WW1 with Inf. Reg. 3, Killed in Action 17 June 1918. Affixed within a plastic sleeve by tape residue.

War Leave Certificate for Johann Hager issued by the Organisation Todt for one month’s leave from 15 January 1944. Affixed within a plastic sleeve by tape residue.

A very rare Baustab Speer Dienstbuch (Construction Staff Speer Service Book) to Hans Hager, very similar to a Soldbuch. Profusely filled out it shows service in Southern Russia and Italy, the last entry being in November 1944. Complete but with the covers and some pages detached but present.

Hager’s OT Driving Licence in good condition but with a partial split at the spine.

One original postcard sized picture of him standing by an OT car with a uniformed OT soldier in San Marino in May 1944.

Four original photographs of Hager during his days as a Partisan

A very interesting letter from the British Military Mission in Western Liguria and dated 18 May 1945, confirming that Captain Hans Hager (Also known as Captain Astro) born in Austria and formerly a member of the OT had volunteered as a Partisan and served as a commander of an International Brigade. It goes on to ask that he be given every assistance and that the Allies should never forget the danger he placed himself and his family in. A very interesting letter but affixed within a plastic sleeve by tape residue.

A letter in Italian from the Prefecture of Savona dated 2nd August 1945 I believe of similar content to the British Military Mission and stating he is a known anti - Nazi. Again affixed within a plastic sleeve by tape residue.

A Confirmation of pay Received by Hans Hager (Captain Astro), again affixed with a plastic sleeve by tape residue.

A letter in Italian dated 3 May 1946 from the National Association of Italian Partisans in Savona, not translated but I believe again relating his role as a Partisan

A large Certificate to the Patriot, Hans Hager, twice folded and with separation along the folds.