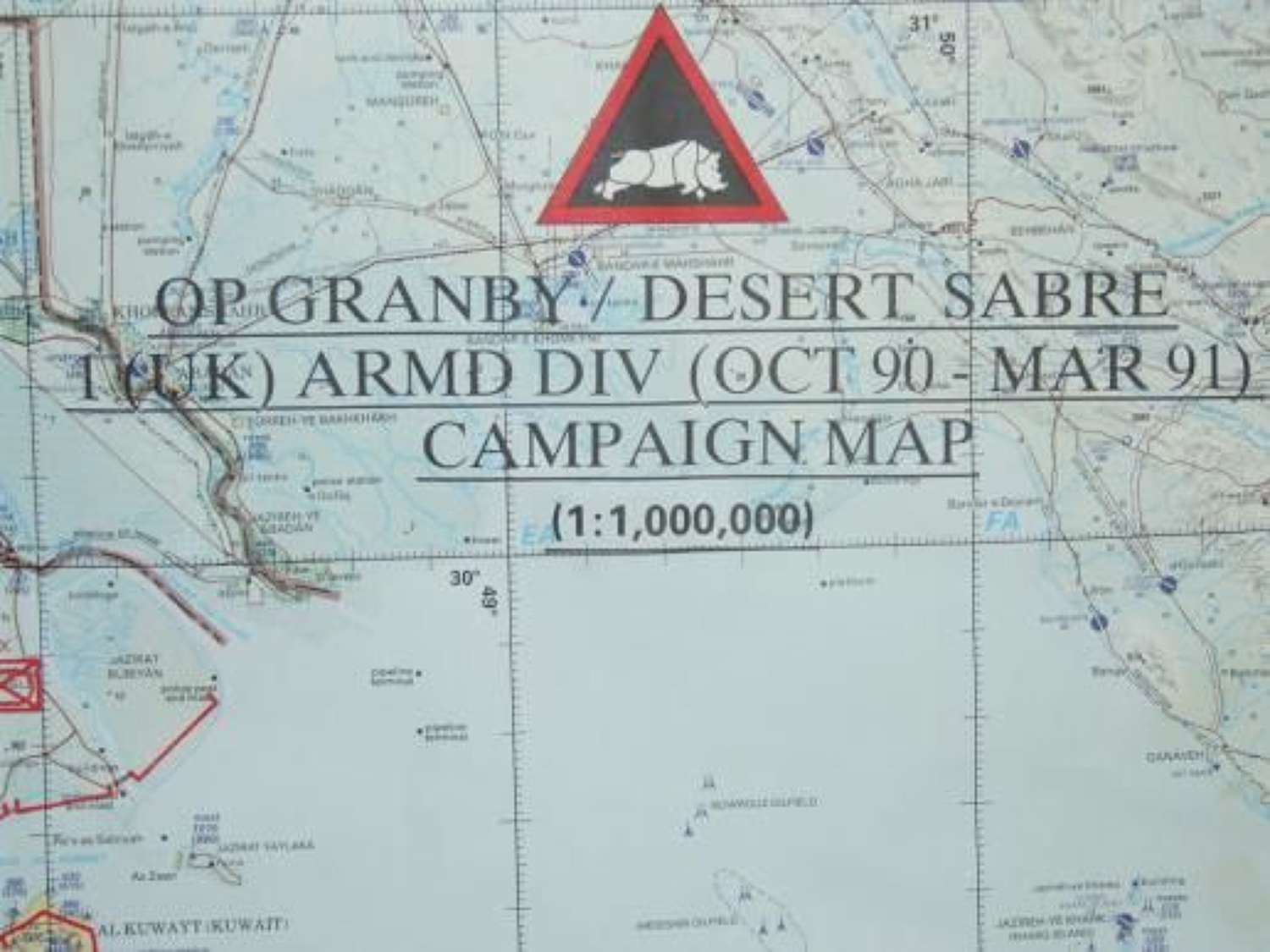 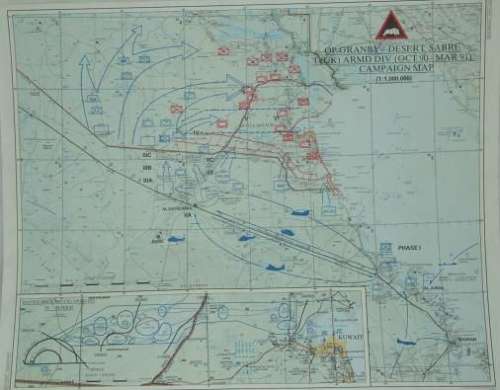 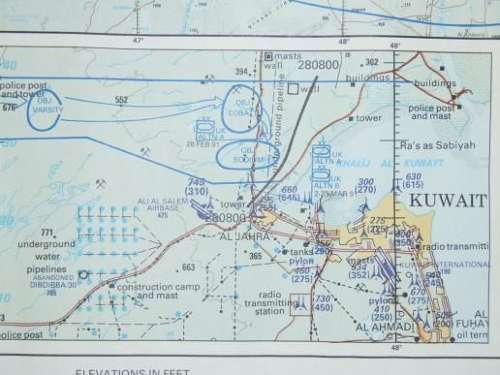 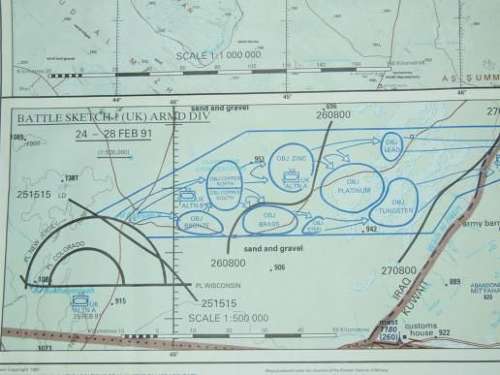 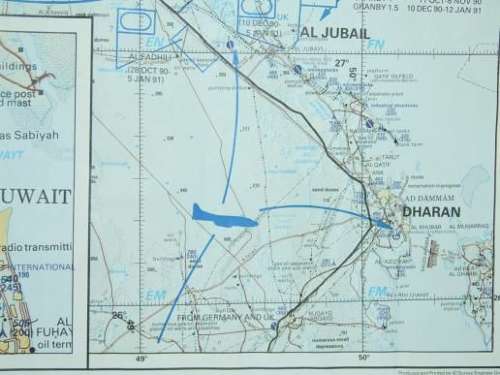 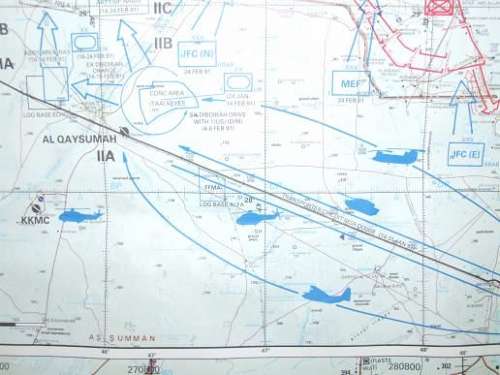 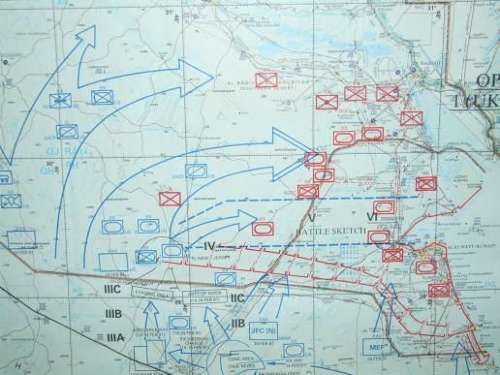 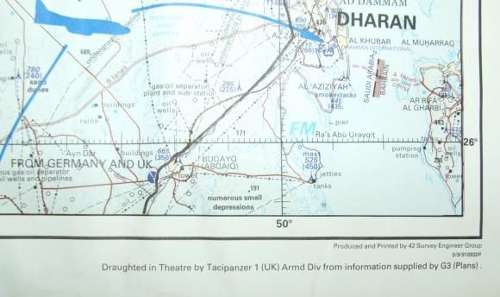 The first I have seen, this theatre printed British Map Campaign Map for Operation Granby / Desert Sabre measure 78 x 63cms and is in very good condition, free from tears or damage and never folded. Produced and printed by 42 Survey Engineer Group and drafted in theatre by Tacipanzer 1 (UK) Armoured Division the map provides a detailed plan of the campaign to retake Kuwait during the first Gulf War.
According to the MOD quoted in the London Gazette on Friday 28th June 1991, Â‘The initial objective of Operation GRANBY was to help deter any further aggression by Iraq in the Gulf and particularly against Saudi Arabia. The objectives were later expanded to: secure, together with our Coalition allies, a complete and unconditional Iraqi withdrawal from Kuwait; restore the legitimate government of that country; re-establish peace and security in the area; uphold the authority of the United Nations.Â’
Operation Granby was the name given to the British military operations in the Persian Gulf from 1990 to 1991, that were precipitated by the Iraqi invasion of Kuwait in August 1990. This includes British participation in the international CoalitionÂ’s defence of Saudi Arabia (known to the Americans as Â“Operation Desert ShieldÂ”), and the liberation of Kuwait (known to the Americans as Â“Operation Desert StormÂ”).
The operation was named after John Manners, Marquess of Granby who had commanded British forces at the Battle of Minden (1759) during the Seven YearsÂ’ War.

The British contribution to the Coalition effort was, by far, the largest of any European nation, and included British Army regiments, Royal Navy and Royal Fleet Auxiliary ships and Royal Air Force (RAF) squadrons. In total, the British forces included about 2,700 armoured vehicles and 45,000 troops.
The map will be sent rolled