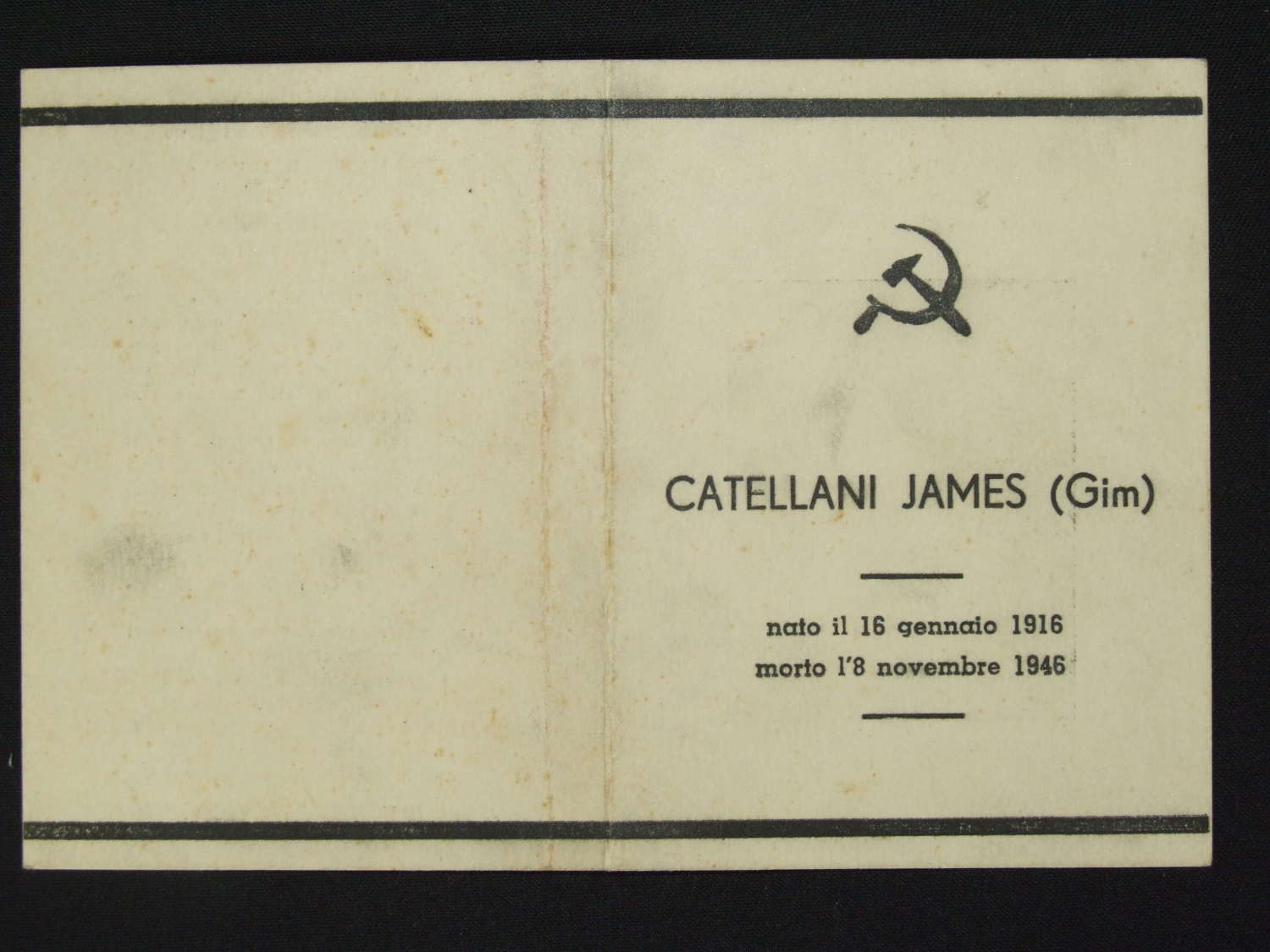 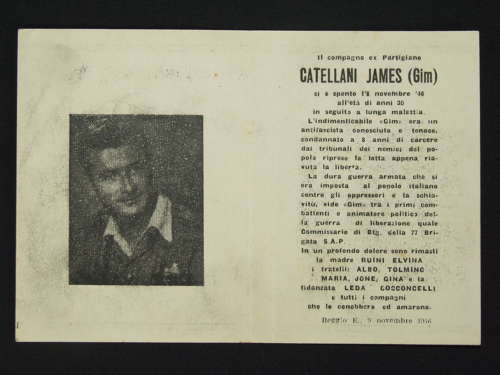 A Death Card for the Italian Communist Partisan James Catellani (Gim) who died in 1946 following a long illness.

The card measures 105mm x 75mm when folded and is in good condition with some light marks.

The front cover bears the hammer and cycle of the Italian Communist Party of Italy (Partito Comunista d'Italia, PCdI) whilst a picture of Catellani appears on the inside cover.

In Nazi-occupied Italy, the anti-fascists were the partigiani (partisans) who fought a guerra di liberazione nazionale, a war for national liberation, which also was the Italian Civil War (8 September 1943 – 2 May 1945) in which a coalition of anti-fascists and the Communist Party of Italy fought against the Italian Fascists.