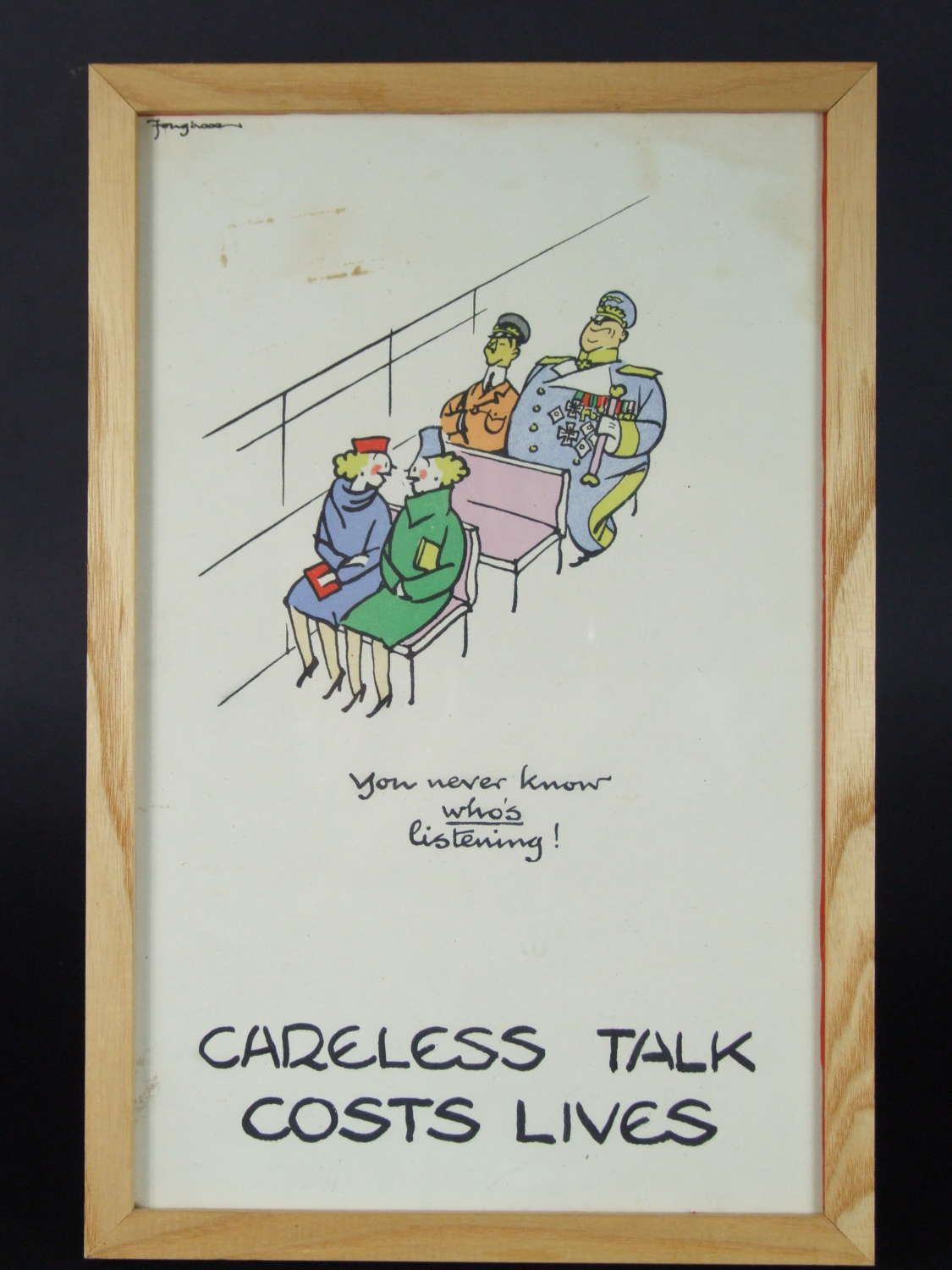 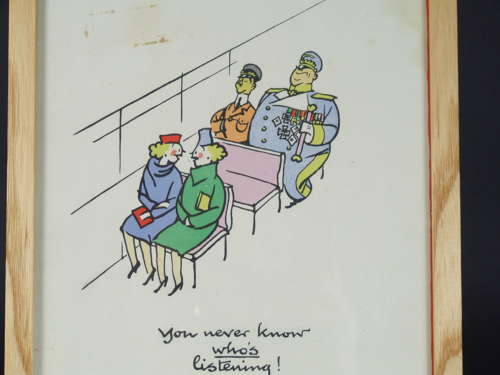 The poster is in very good condition but with a slight outline of a rectangular stain towards the upper right corner , possibly where a label was attached at sometime in the past.

Writing under the pen name of Fougasse, Cyril Kenneth Bird was one of the most popular cartoonists and illustrators of the first half of the twentieth century and arguably the best-known and loved creator of British poster art. The images and captions to Fougasse's eight World War II propaganda posters 'Careless Talk Costs Lives', which were part of the anti-rumour/gossip campaign orchestrated by the Ministry of Information, are remembered fondly today by millions who experienced life on the Home Front. Other humorous wartime Fougasse designs encouraged the country to be more efficient and productive; to save energy, paper and time. One of his Fuel Economy labels depicts Hitler and Emperor Hirohito jumping for joy, captioned 'Switched-on switches & turned on taps Make happy Huns & joyful Japs'. The 'Careless Talk...' campaign had a big influence on American, Canadian and Australian anti-gossip posters. American versions included the more hard-hitting 'A Careless Word...A Needless Loss', and 'A Careless Word...Another Cross'. Fougasse was also popular in France, and his 'Careless Talk' designs were published in the 14 February 1940 issue of Paris-Soir. During his lifetime Fougasse's work was familiar to the nation through his cartoons for Punch magazine, public information posters and prolific book illustrations. He created designs for London Underground, on public health and road safety.