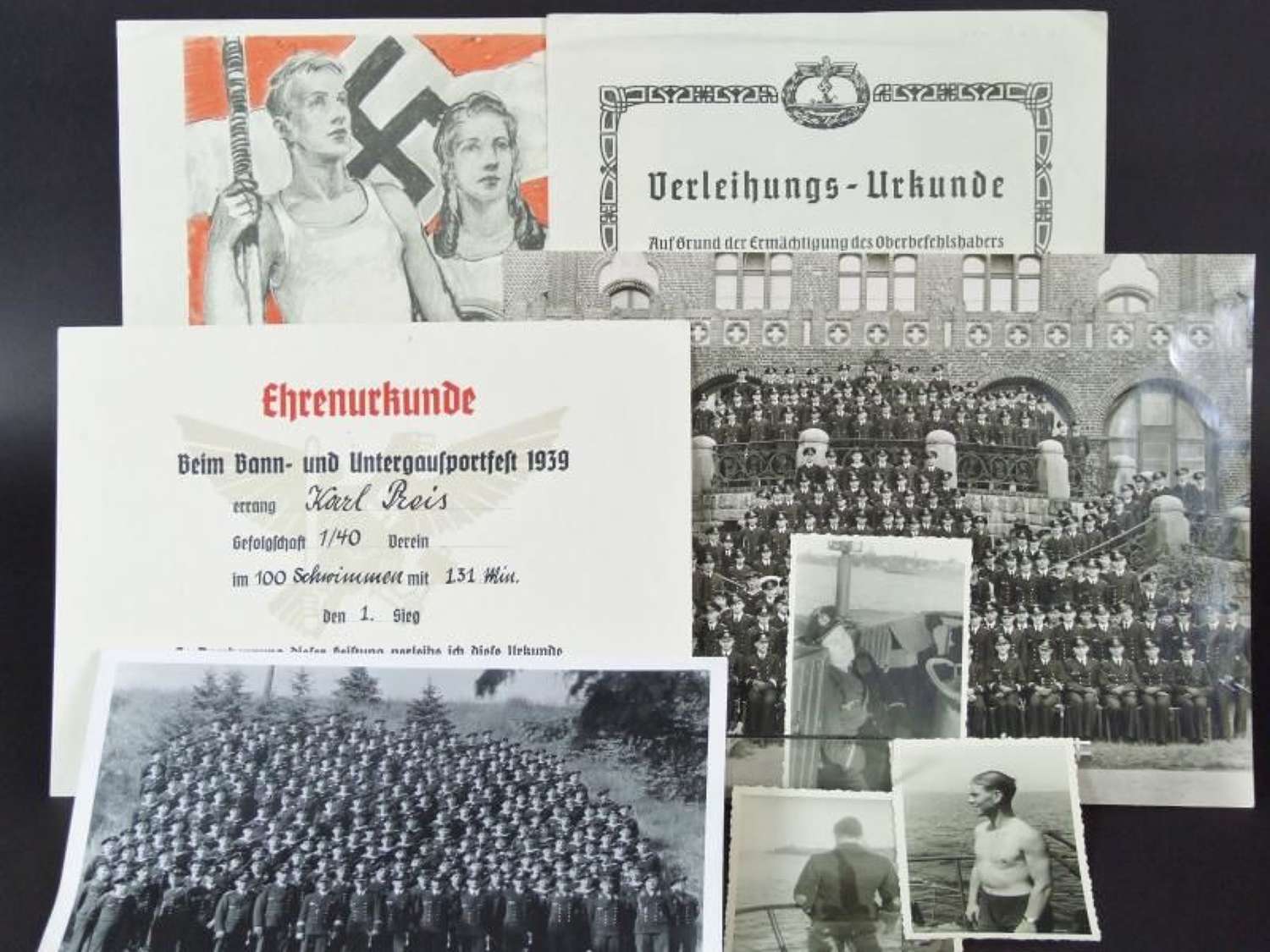 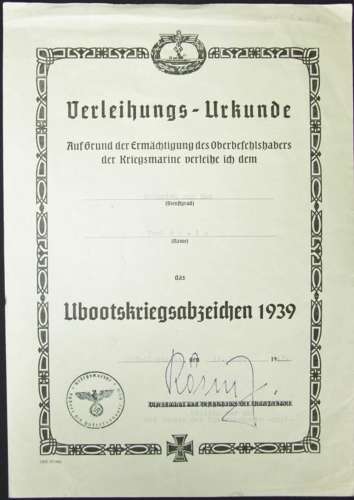 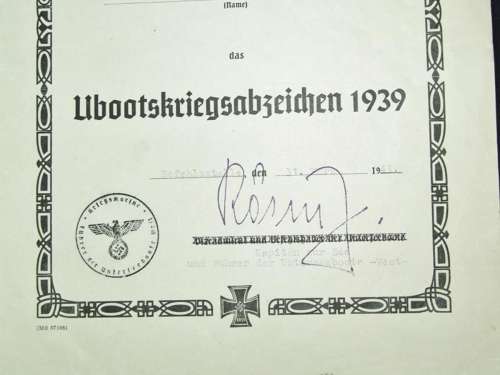 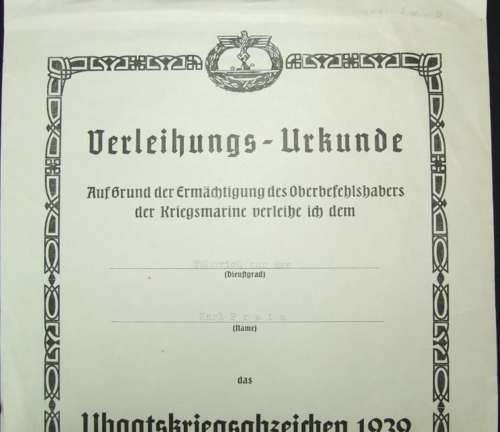 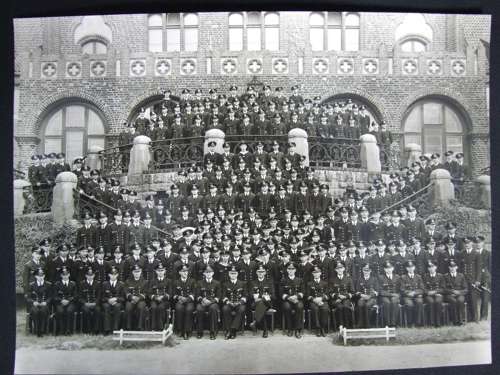 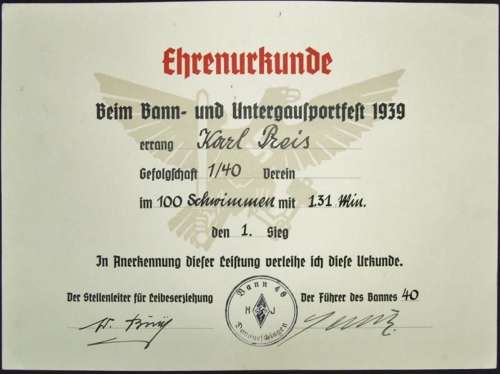 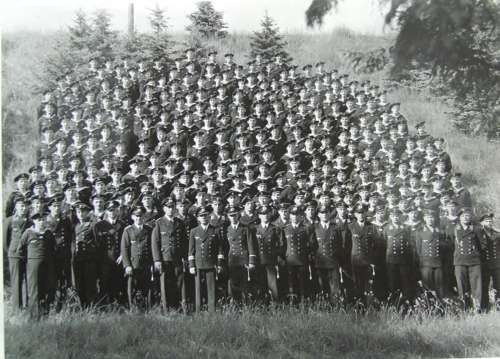 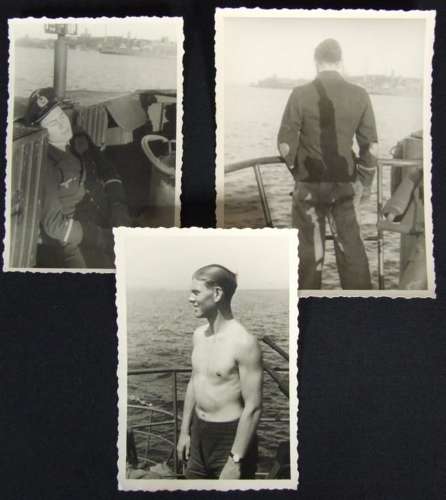 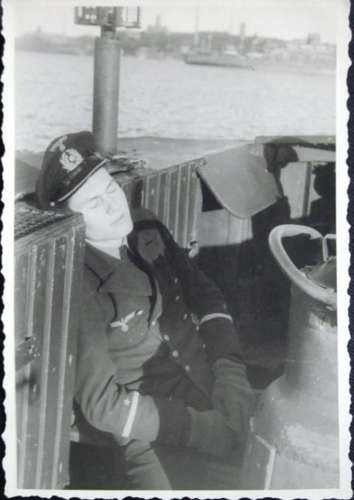 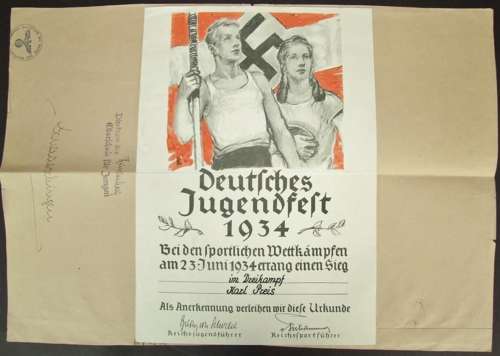 The last of the small collection of U-Boat related artefacts I have recently listed is this collection of paperwork belonging to fÃ¤hnrich zur see (later Leutnant zur See) Karl Preis.
Preis served initially on U-202, a successful type V11c boat which was also engaged in special operations. The boat left Brest on a very special patrol on 27 May 1942. On 12 June, after crossing the Atlantic submerged by day and surfaced by night, they landed a saboteur team of four men on Long Island USA as part of Operation Pastorius. This was one of two such teams landed within a week of each other on the US east coast, the other came aboard U-584. This was intended to be the first of many such operations.
Preis was awarded the U-Boat War Badge in March 1943 and was fortunate to have left U-202 prior her sinking when he transferred to the new U-1016 which, as part of the 31 Training Flottille, saw no action and was scuttled in May 1945.
The collection comprises:
His Award Certificate for the U-Boat War Badge
A group Photograph of his class at the naval college at Murwick, along with another showing both officers and ratings.
Three photographs of him aboard a U-Boat
A Hitler Jugend swimming certificate and a certificate for the triathlon at the June 1934 Youth Festival with the original postage envelope.