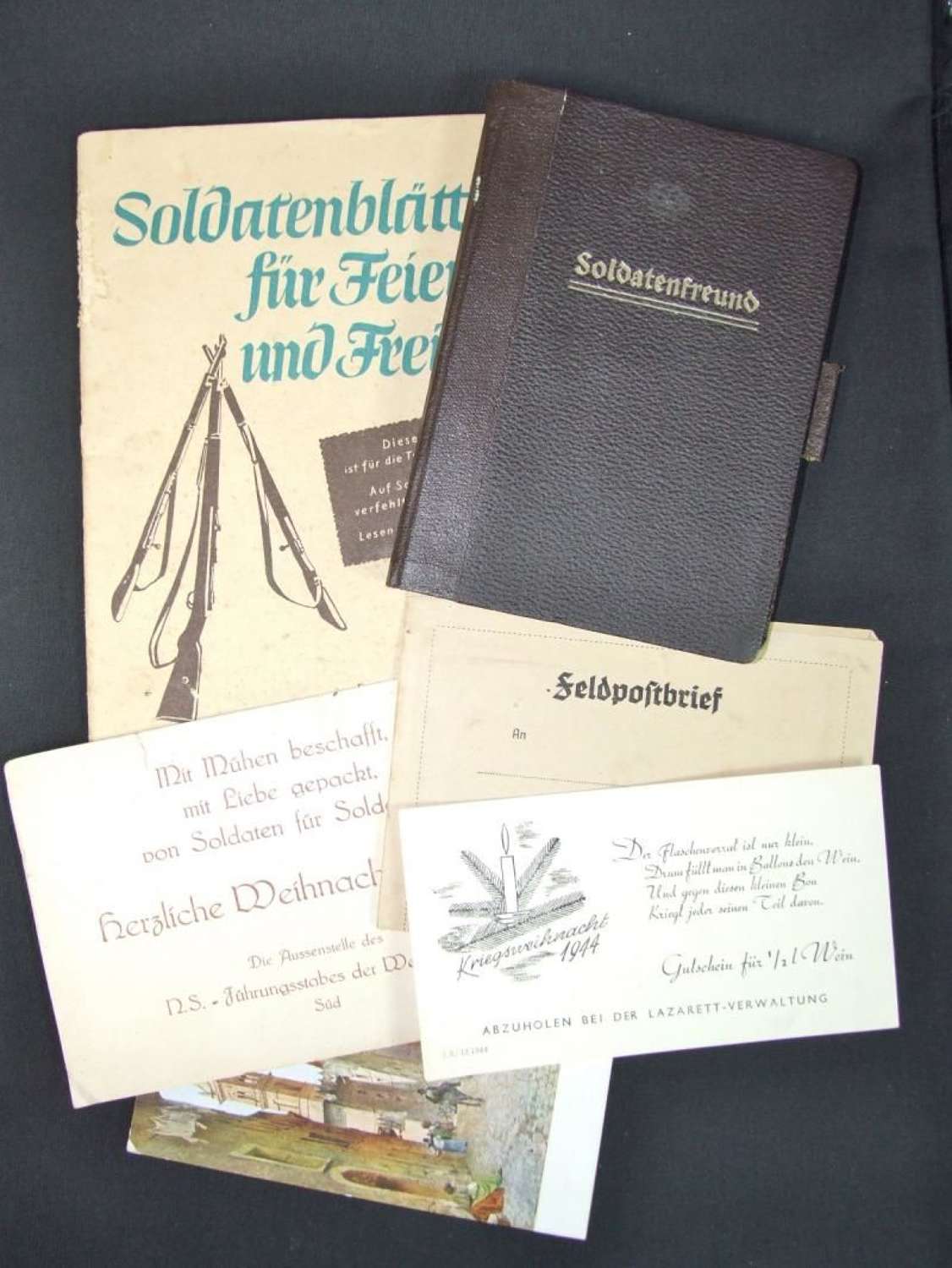 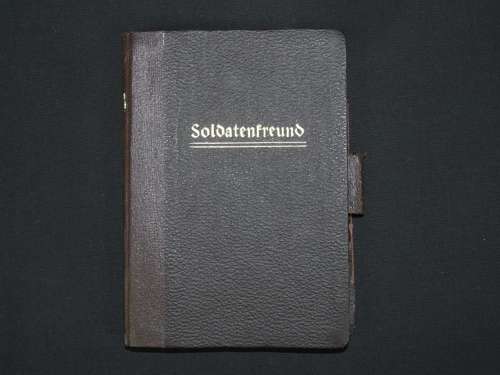 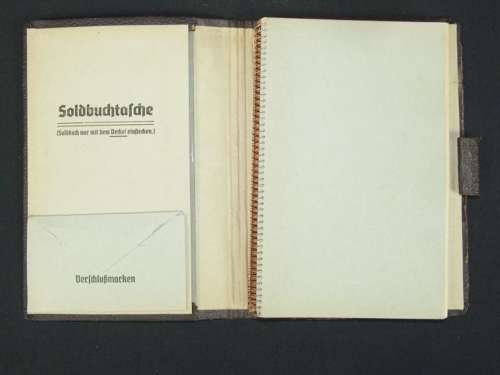 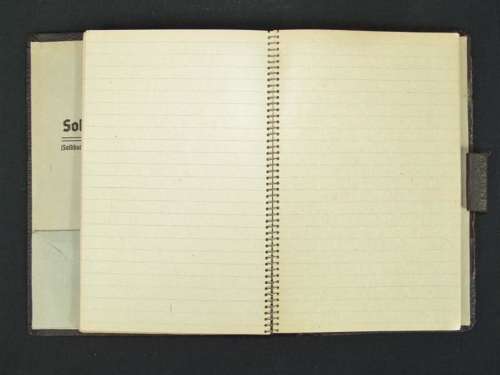 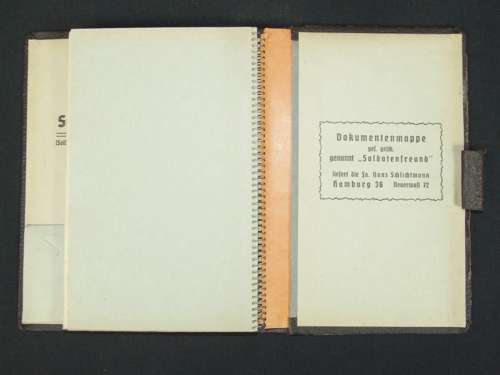 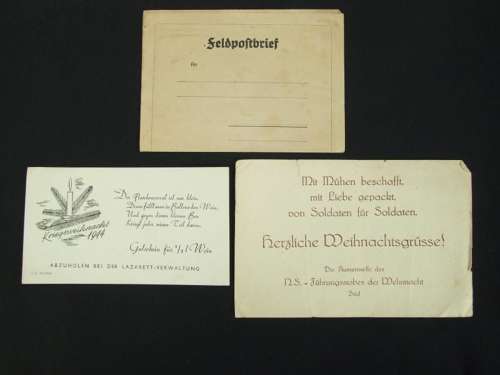 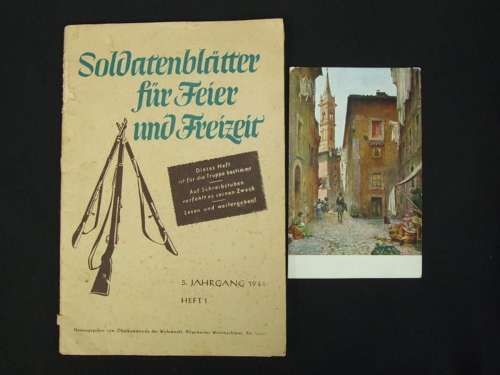 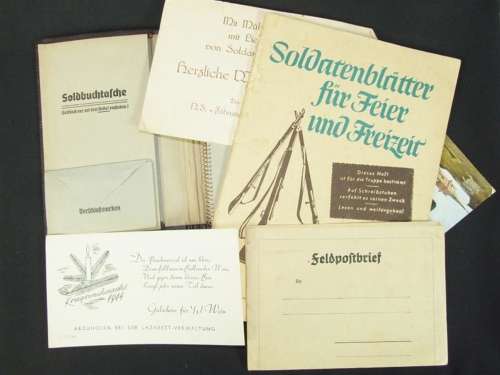 A small collection of paperwork retained by a former New Zealand army officer who, following his release from POW camp in Germany remained to interrogate German prisoners, being fluent in the German. It is not clear if all the pieces came from one soldier or from several.
The collection comprises:
A pocket sized Soldatenfreund folder with hardback faux leather covers containing an unused lined note book with 1943/44 and 1944/45 calendars at the front, the last two pages with a map of Europe. There is a pocket with six Feldpost cards and another with small gummed paper strips to seal Feldpost letters with. In addition a sleeve in the cover is to hold a Soldbuch.
Whilst there are no entries in the notebook the owner has completed his details on the front page, Friedrich Aigner, Gruppenstab Ost with his feldpost number 01471, a number which at around the time of the calendars was allocated to an SS Police company on the Adriatic coast at Trieste.
A copy of Soldatenblatter fur freier und freizeit (soldier sheets for free and leisure) dated 1944
A card, Abzuholen bei der lazarett-Verwaltung (to be picked up from the hospital administration) Gutschein fur wein (Voucher for Â½ Litre of wine) Dated Christmas 1944
A card which may have accompanied a soldierâ€™s comfort pack mit muhen beschafft mit liebe gepackt von soldaten fur soldaten. herzliche weihnachtsgrusse. Die aussenstelle des 12.s juhrungsstables des wehrmacht sud (procured with much love packed by soldiers for soldiers. Merry Christmas. The branch of the 12th youth table of the Wehrmacht South)
Finally an unused Italian Post card, all of which points to one soldier perhaps wounded in Italy.
All in good to very good condition.