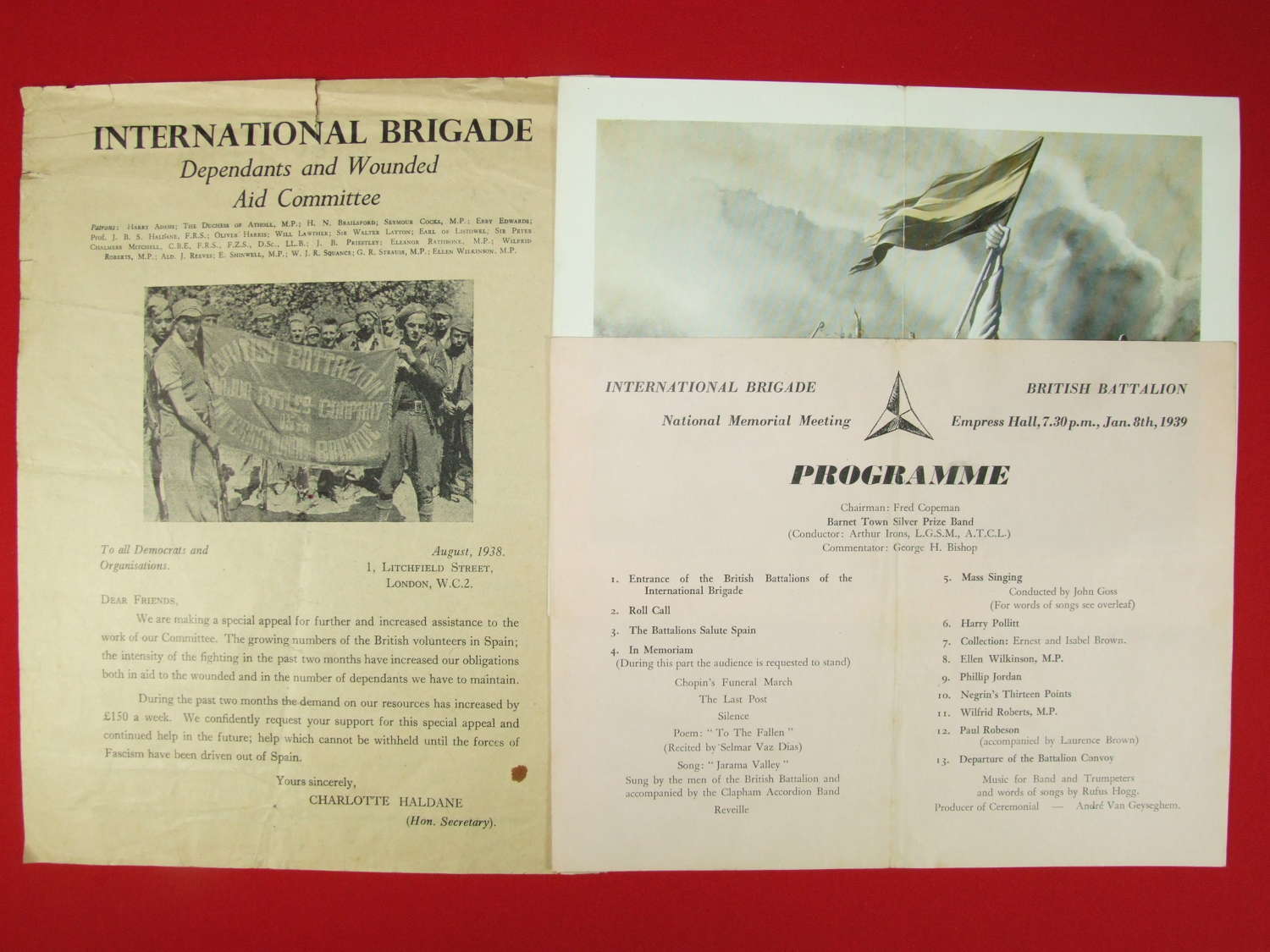 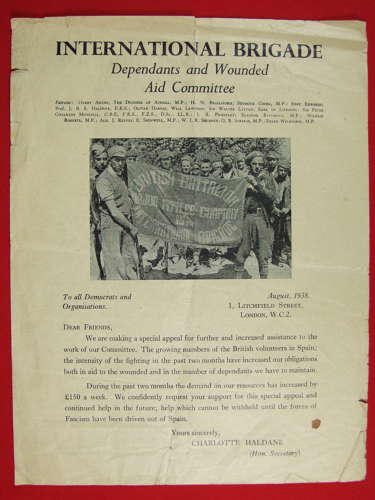 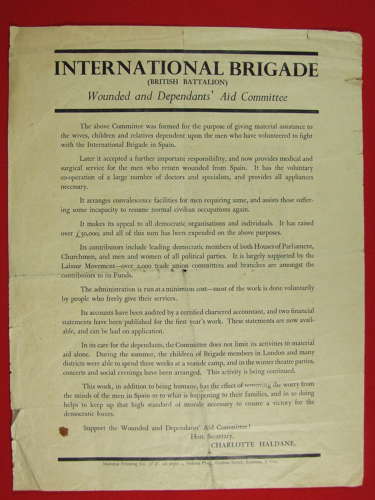 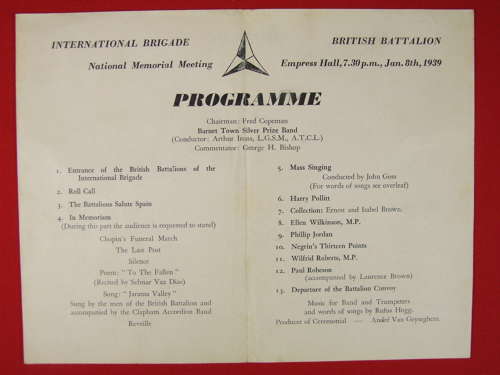 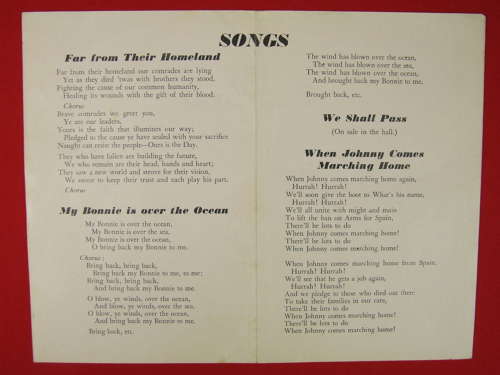 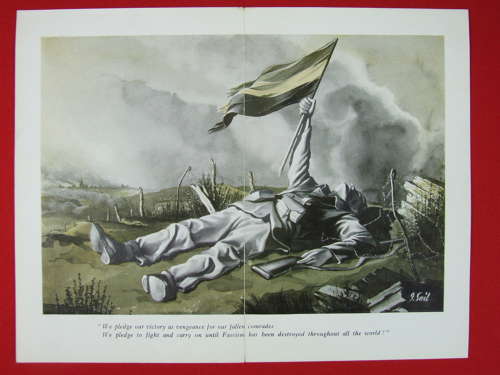 The seventh from the same collection of items relating to British Volunteers who joined the International Brigade during the Spanish Civil War is this group of three documents.

The first is a leaflet printed on two sides entitled International Brigade, dependents and Wounded Aid Committee. Very good condition with just a small tear at the top. Twice folded.

The next two items are in very good once folded condition and I believe were originally included as inserts in the Memorial Booklet, a copy of which is listed as the previous item. They comprise a programme for the National Memorial Meeting at the Empress Hall in January 1939 and a printed page showing a dying soldier.