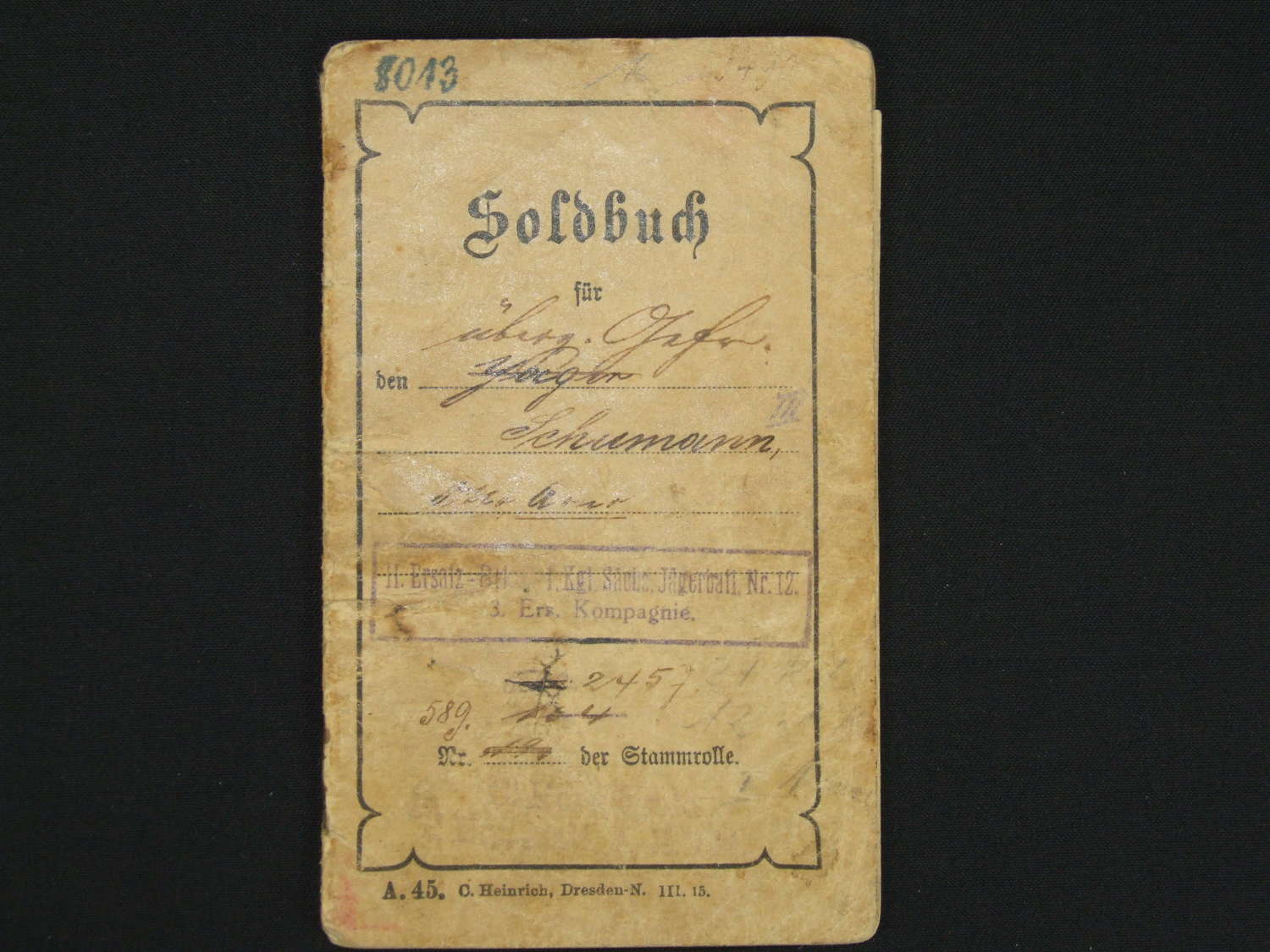 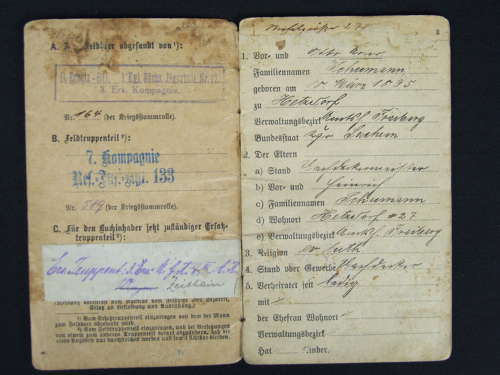 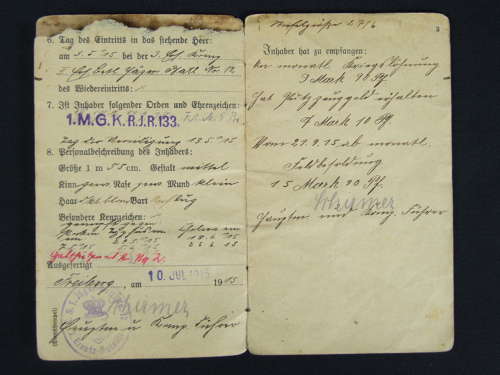 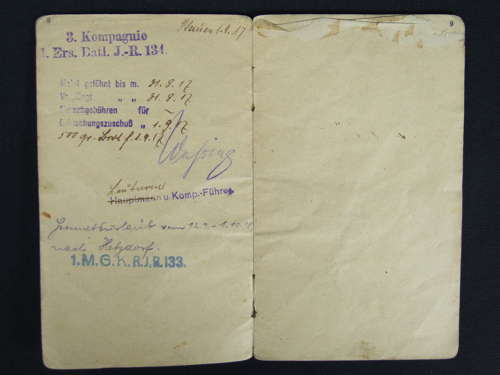 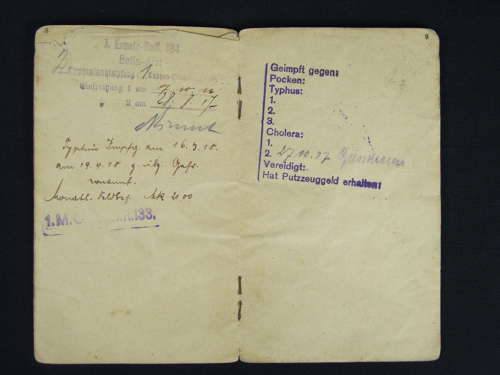 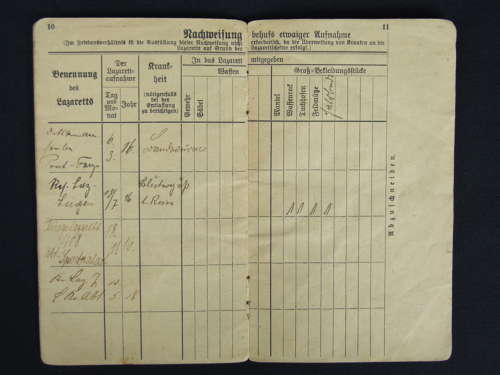 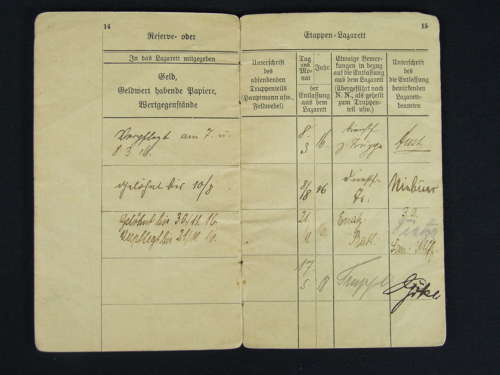 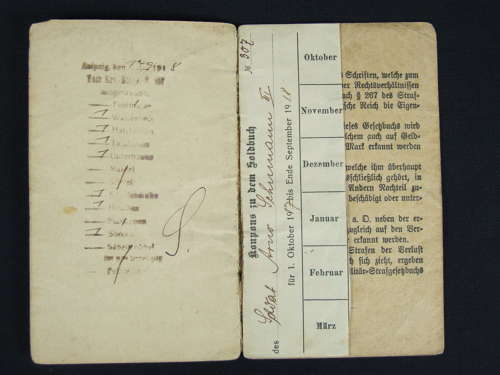 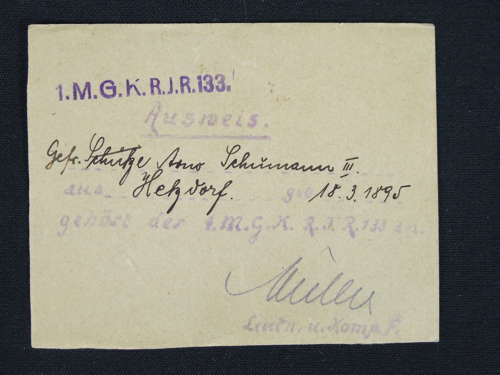 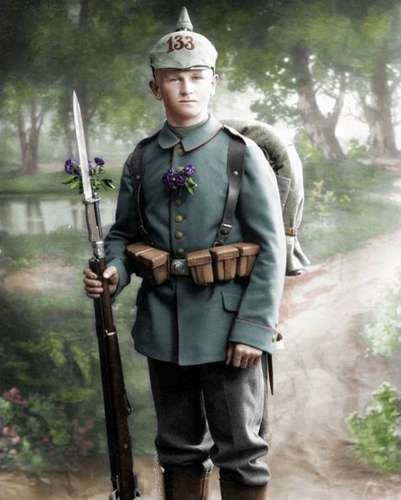 A very good and largely unresearched World War German  Soldbuch to a soldier by the name of Schumann.

Although perfectly legible and without damage the writing is very hard to make out but as best I can determine he joined the 14th Saxon Jager before moving to the Reserve 133 Regiment where he served initially as a machine gunner with the 7th Kompanie and the 1st Komp.

His Regiment saw action during the Battle of the Somme and appears to have been wounded twice during that Battle and was hospitalised on two further occasions the last time during the period of Verdun and the German Spring Offensive. The Regiment also participated in the Christmas truce.

Both front and back covers are in place as it appears are all the internal 12 pages. Also present is an Ausweis.

A nice example worthy of further research. The final picture shows a member of the 133 Regiment and is not included but can be found on the internet.