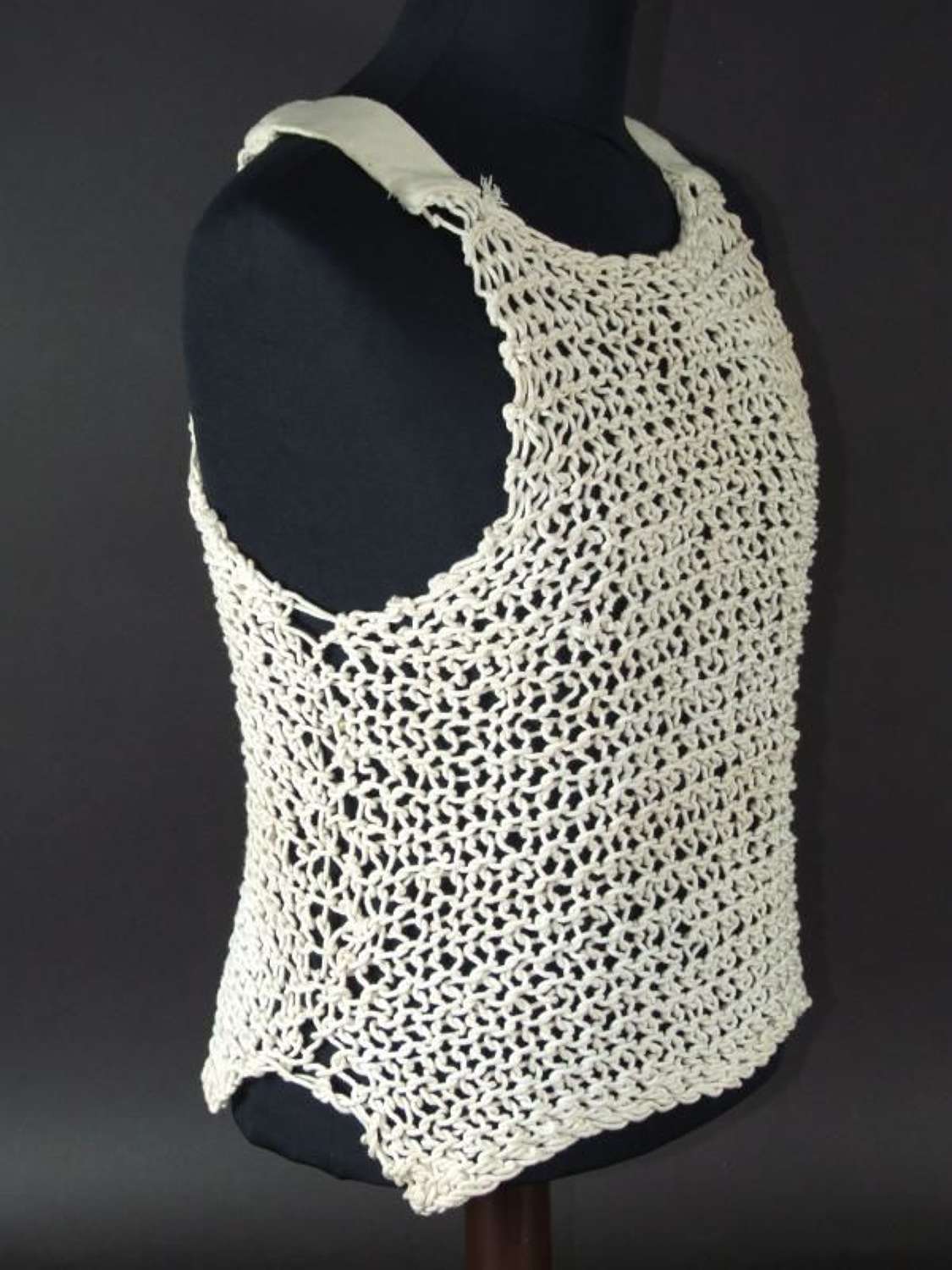 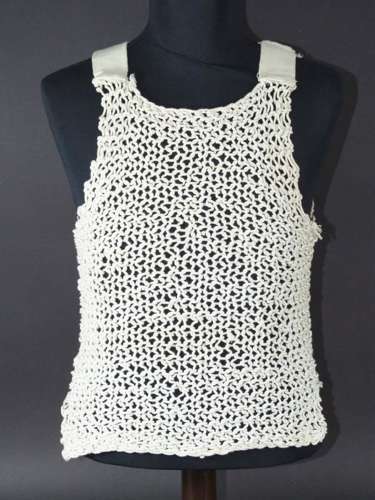 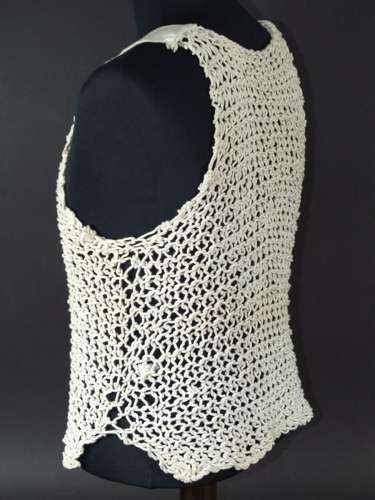 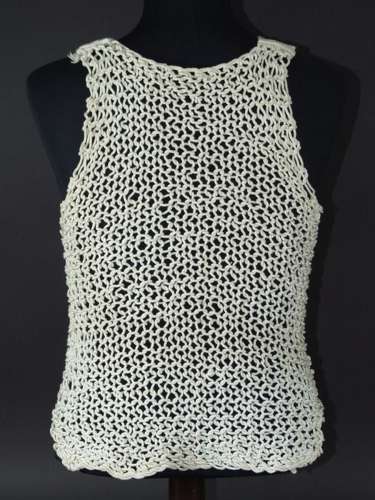 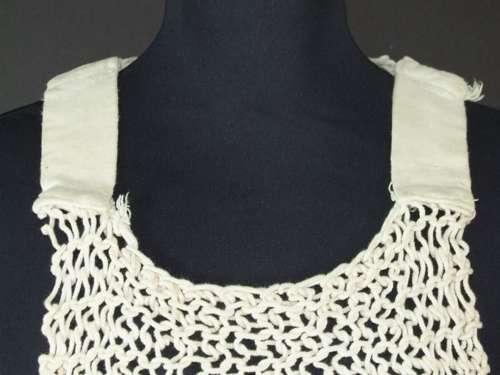 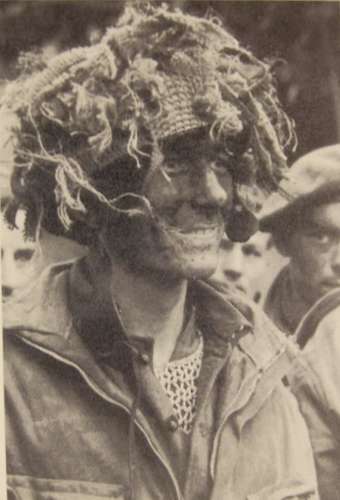 Perhaps best known for the icon picture of British Airborne troops captured during the early part of the Normandy landings, the British Army String vest was in fact used by all branches.
Introduced in the early part of the war as part of the â€œlayering conceptâ€ they were produced from thick cotton strands that were macramÃ©d into the form of a sleeveless shirt.
These vests were highly effective and acted to keep the wearer warm in cold weather and cool in higher temperatures.
This example is in very good condition without damage but with stamps or a label.