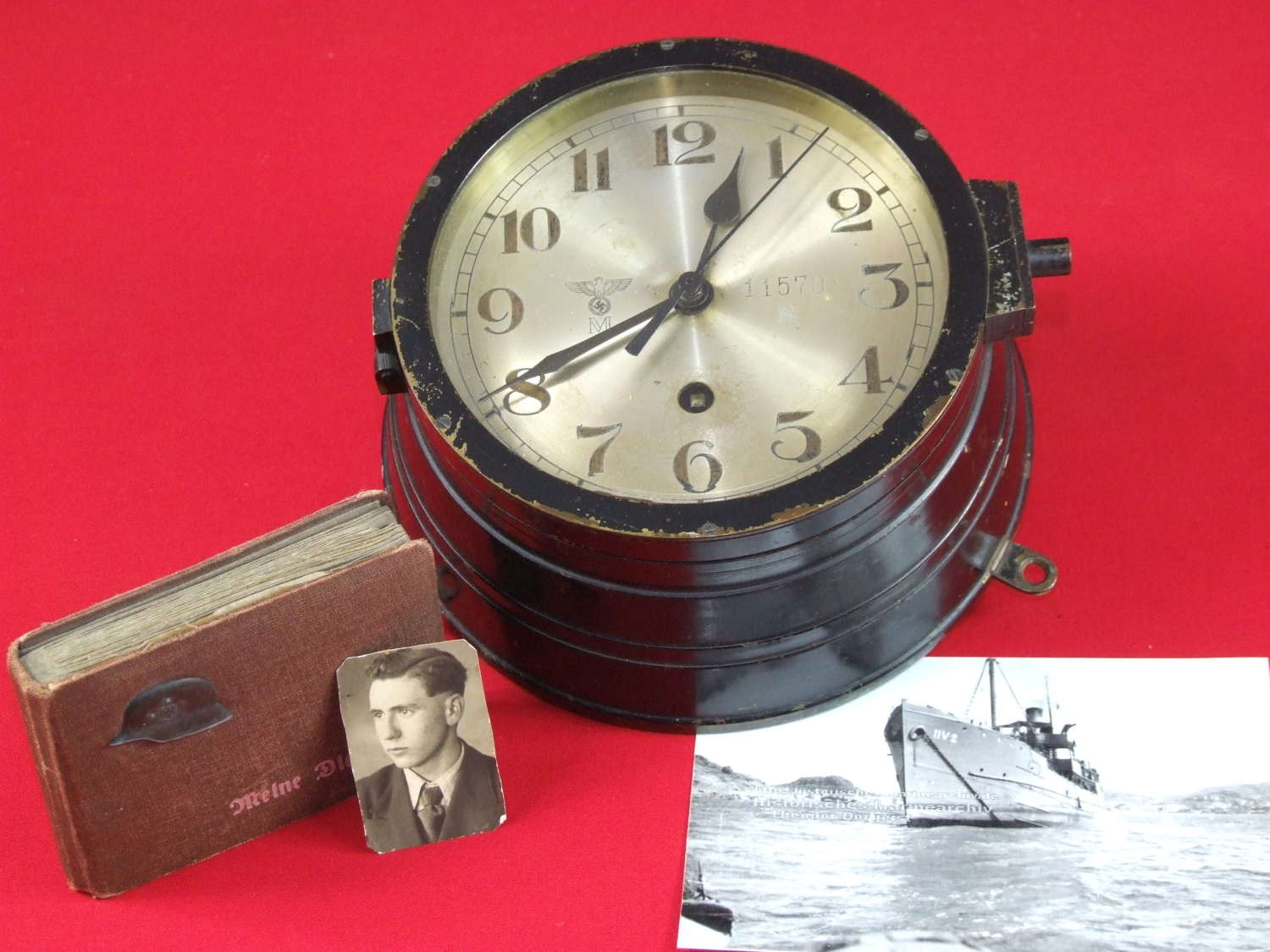 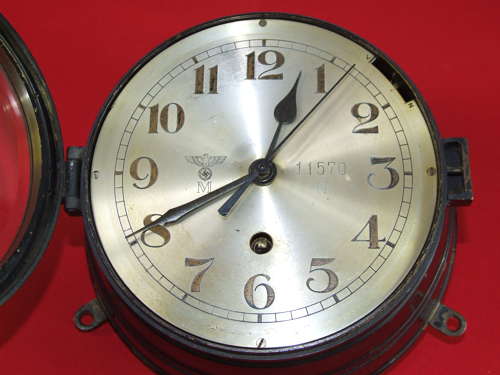 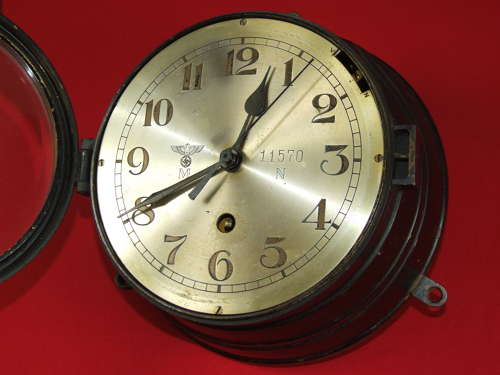 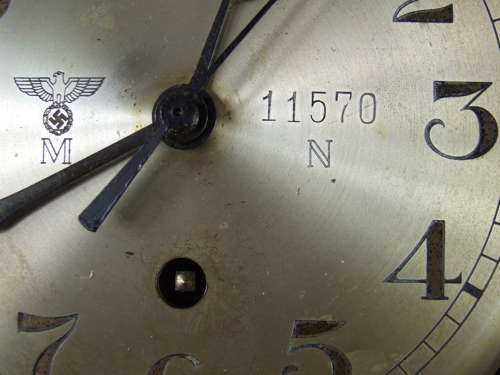 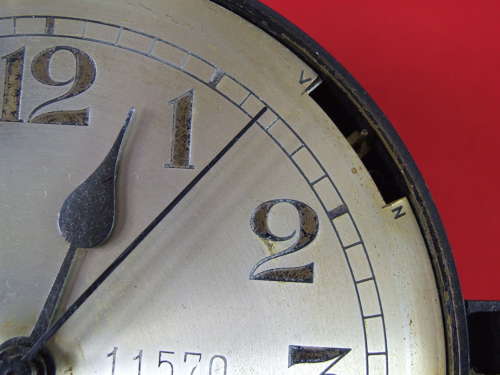 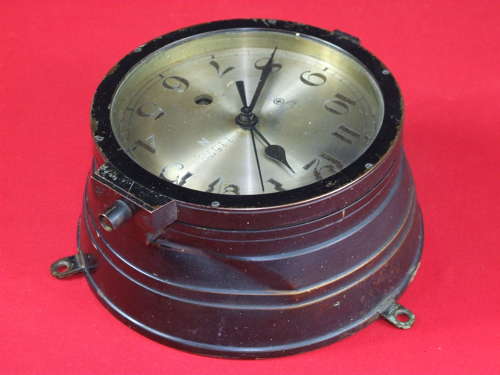 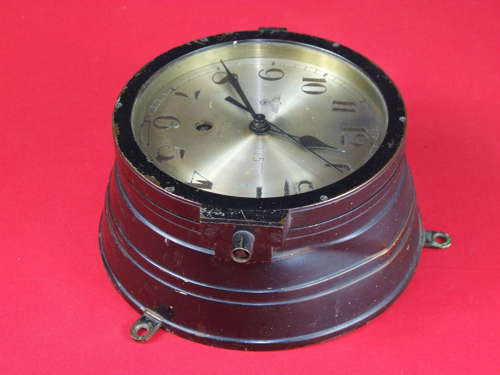 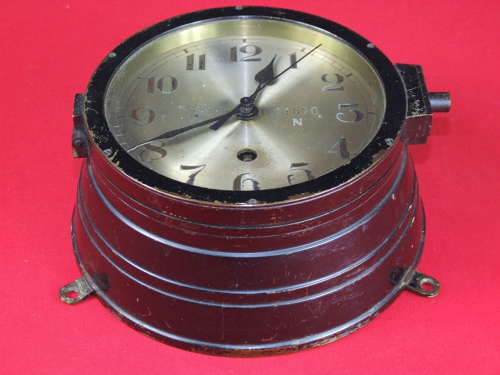 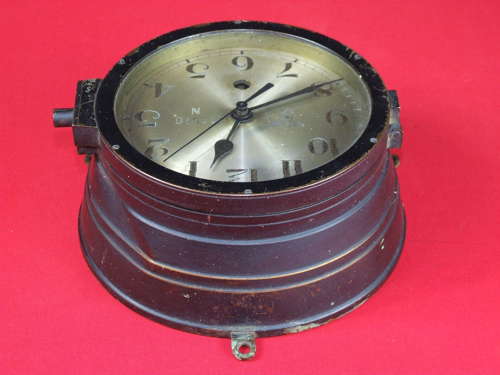 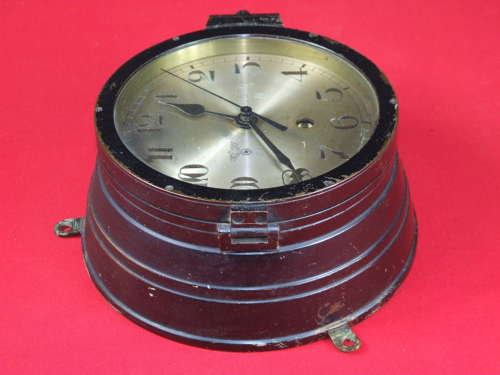 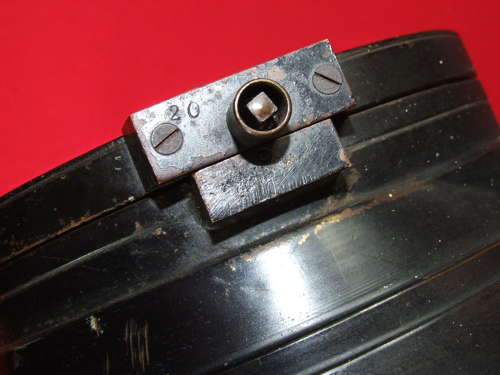 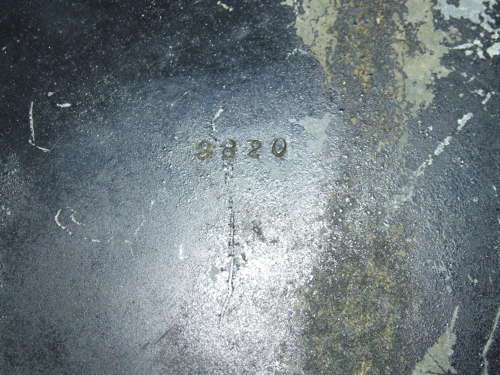 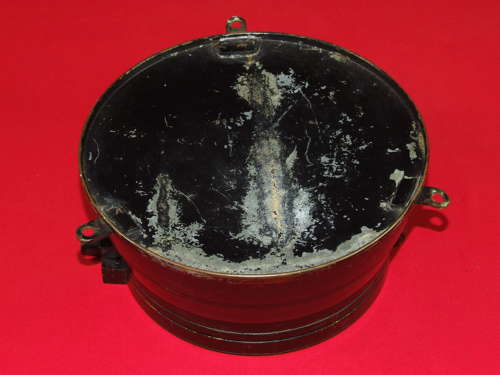 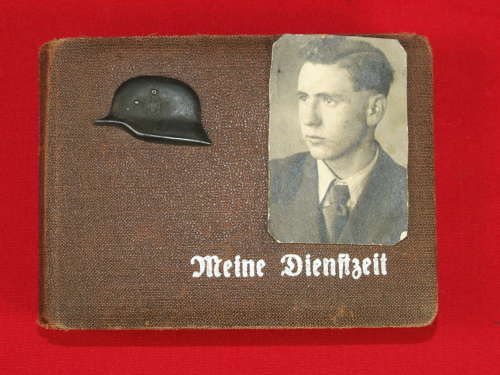 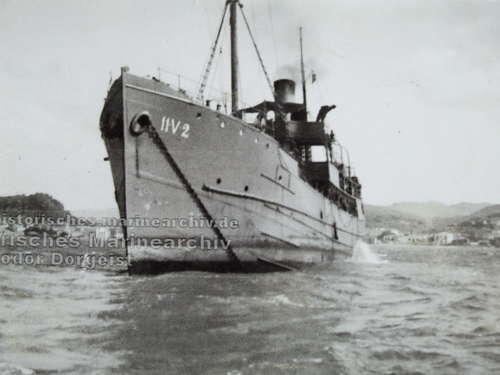 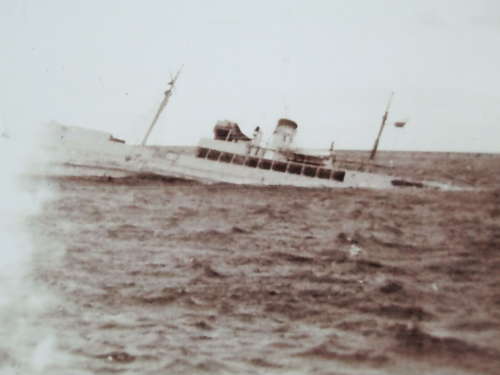 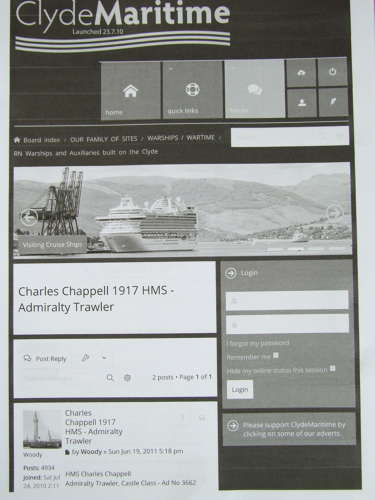 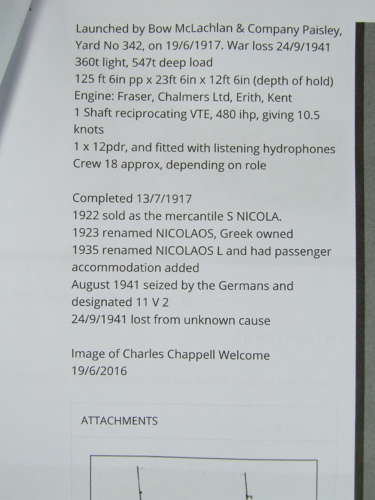 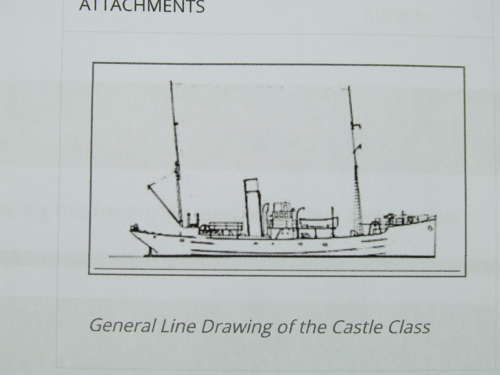 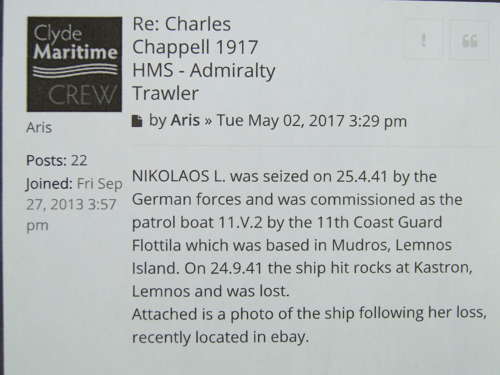 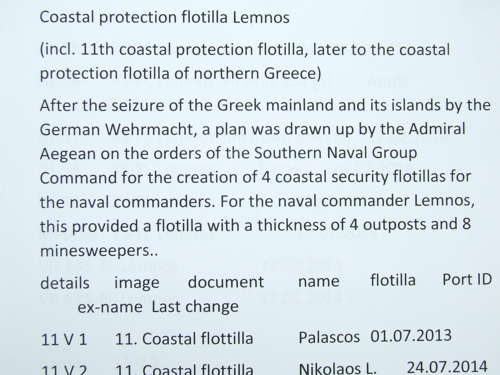 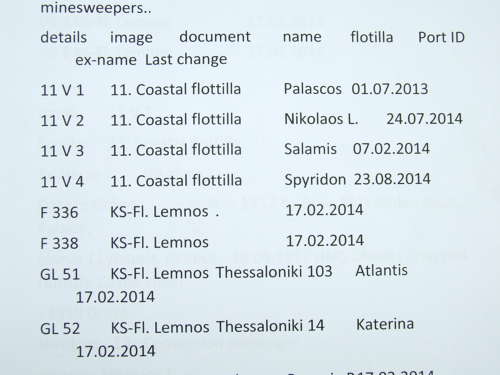 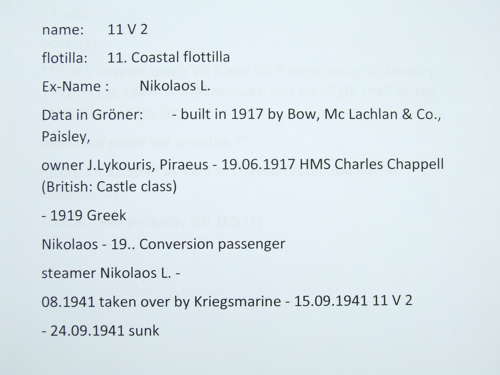 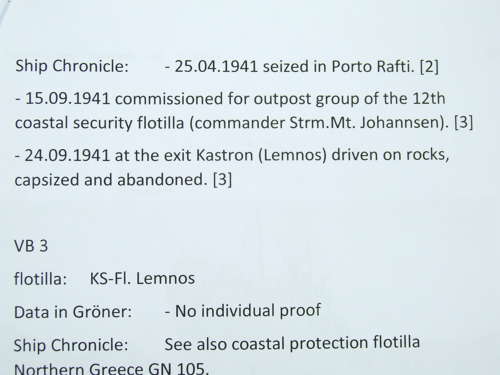 A lovely example of a Kriegsmarine Bulkhead Clock in very good working condition and retaining the rare original black painted finish over the brass case, virtually all having had the black paint removed for cosmetic purposes.

The Clock is in very good condition. It runs well and keeps very good time. The original silvered dial has slight scratching around the 11.00 position and at the opening for the winding key where the key has been inserted without care. The Kriegsmarine eagle is undamaged, the opposite side of the dial with the North Sea fleet inventory number 11570. The hour and minute hands are original, but the second hand is an accurate replacement taken from later Bundesmarine spares.

The glass is original and the lock housing on the brass bezel is stamped 20 as is the bezel hinge, correctly matching the last digits of the serial number on the back of the case, 9820. The case itself has a dent at the 2.00 o’clock position which I do believes could be pushed out if the dial and movement were removed, quite a simple operation with these clocks.

Originally sold on eBay by a lady on the Greek island of Lemnos in the days when the Swastika was allowed, it came with a small empty German photograph album with just one passport sized photograph of a German soldier, both of which are included in this sale. It seems this soldier was her late mother’s boyfriend during his time at Lemnos and he had acquired the clock from a” wrecked ship at Lemnos harbour” and had given both to her as a gift. He was later transferred to the Russian front where he subsequently died.

I was puzzled how he would have been allowed to take the clock and then whilst researching it further I discovered only one Kriegsmarine ship had been wrecked at Lemnos, V 11 2 of the 11th Coastal Protection Flotilla.

Originally a WW1 British HMS Armed Trawler of the Charles Chappell Class, she had been sold to a Greek owner in 1922 where she had passenger accommodation added and was seized by the Germans in August 1941 and designated 11 V 2. In September 1941 she was commissioned for the outpost group of the 12th Coastal Security Flotilla and commanded by Steuermannsmaat (Coxswain's Mate) Johannsen. Just nine days later she was driven onto rocks at the exit of Kastron (Lemnos harbour), capsized and abandoned. I have no doubt the Germans would have retrieved all they could including the clock and there seems little doubt the Commander and perhaps the entire crew would have been transferred to the Russian front as a punishment.

A rare and beautiful fully working Clock with what I believe to be a fascinating history.

I am a well known and vocal critic of one Scottish fraudster and others who sell fakes of these Clocks and am quite prepared to offer a lifetime guarantee of authenticity with this Clock.

Included is the Clock, the empty photograph album, one original photgraph of the German soldier and  a copy photograph of the ship. The picture of the capsized ship can be found on the the internet