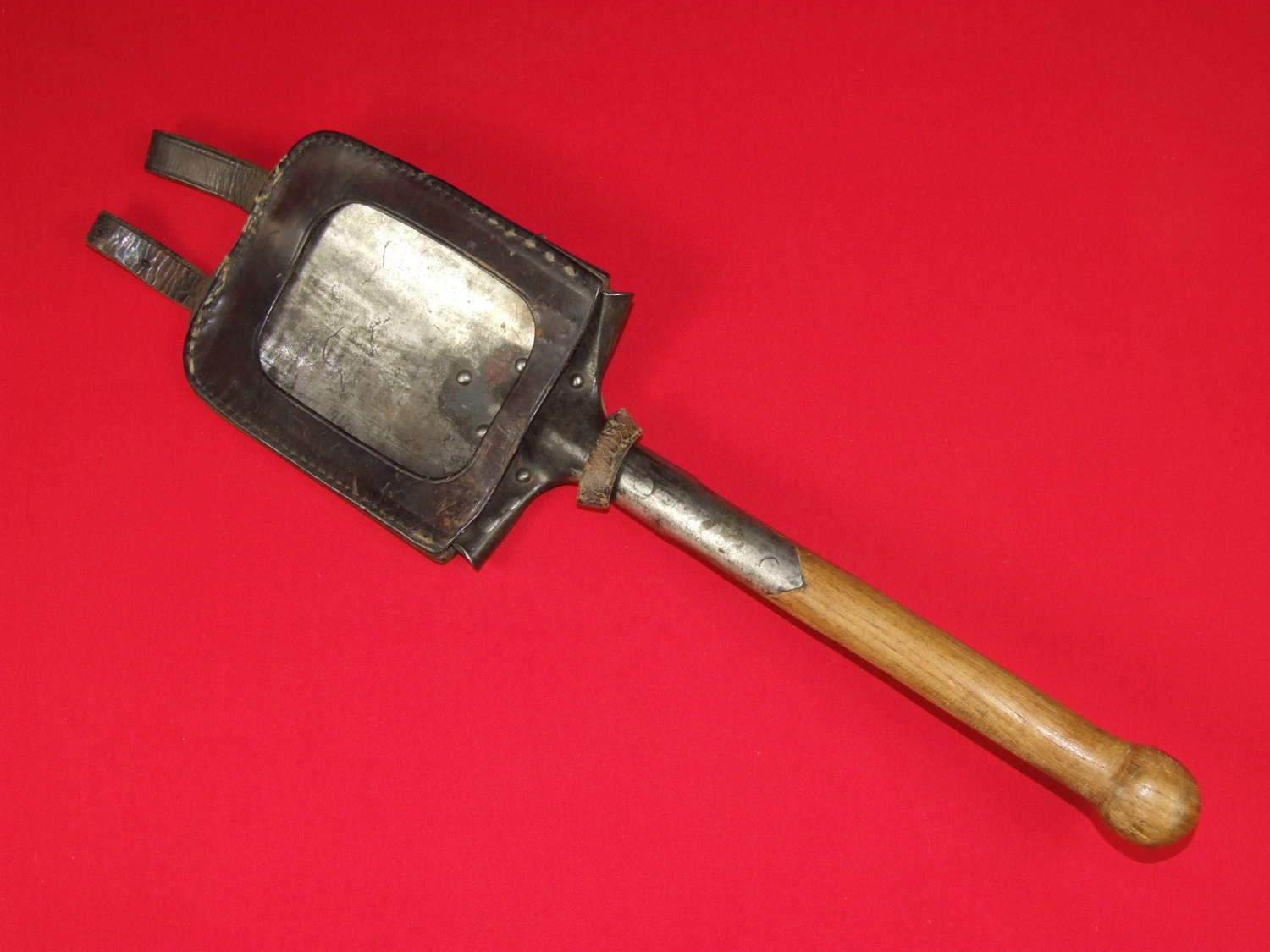 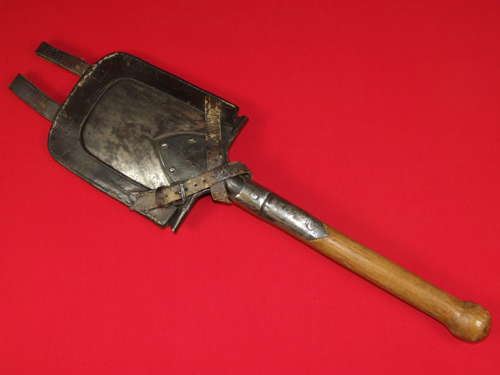 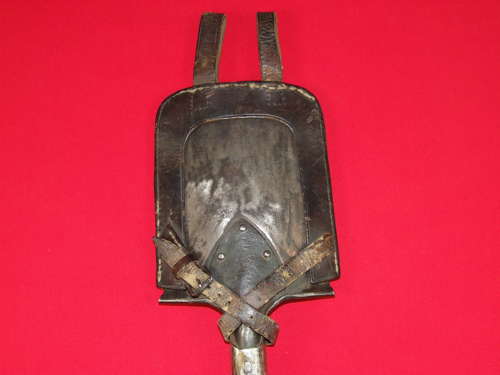 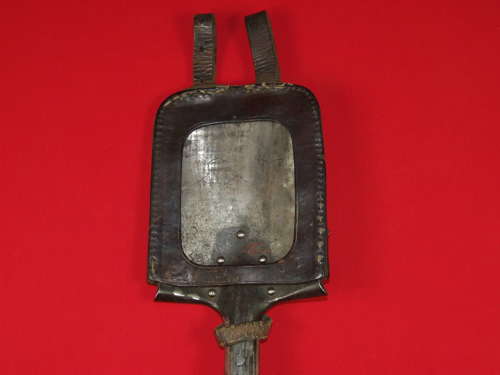 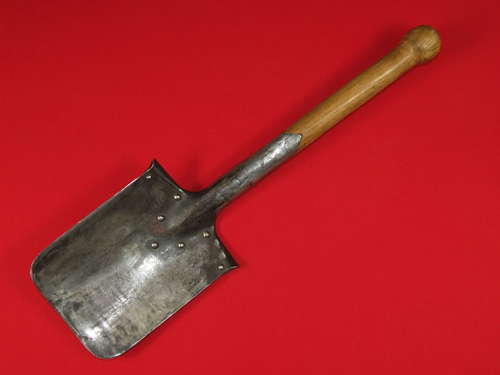 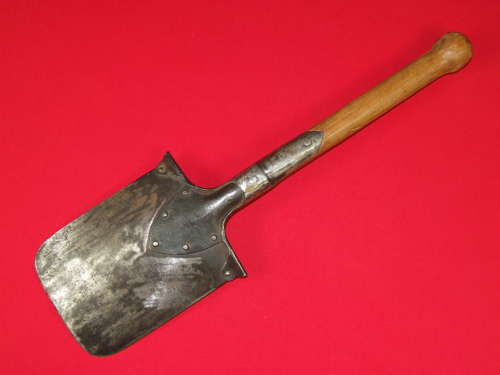 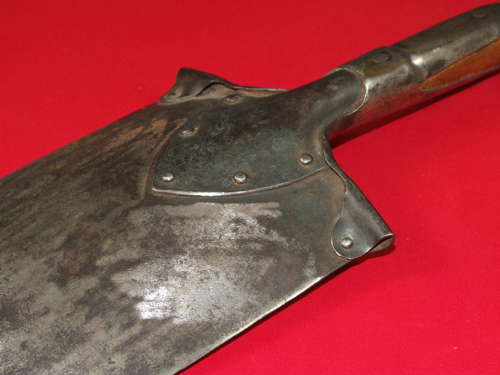 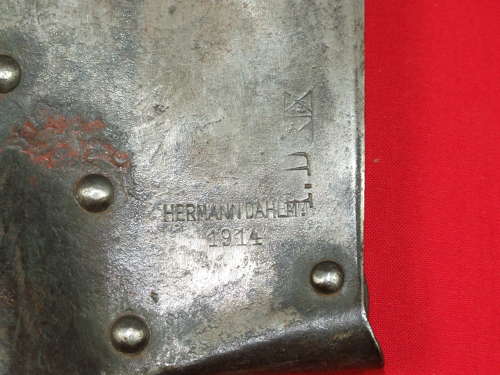 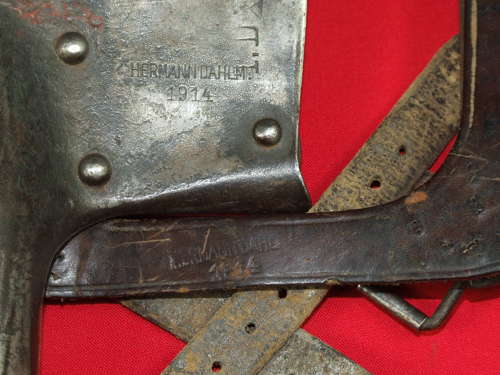 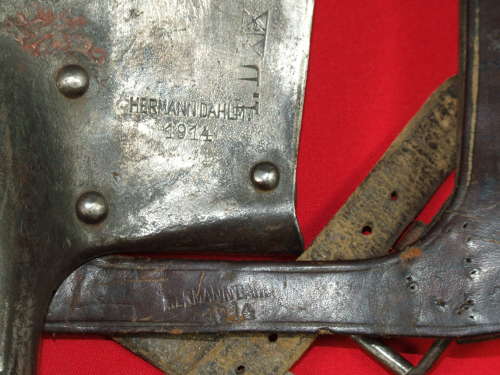 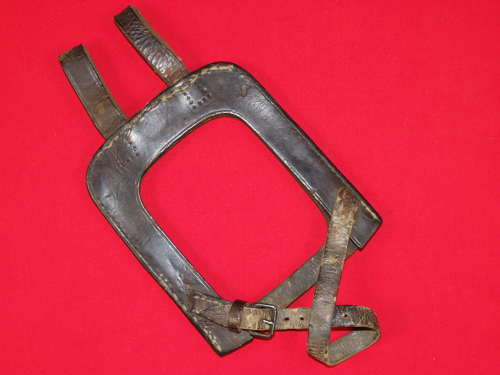 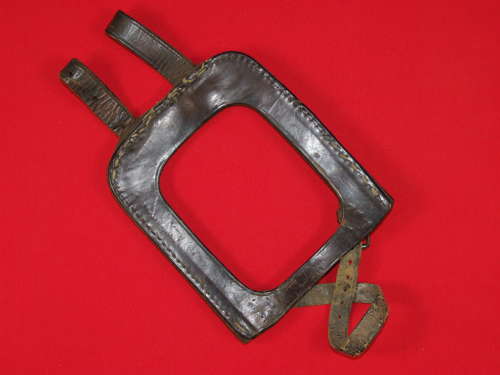 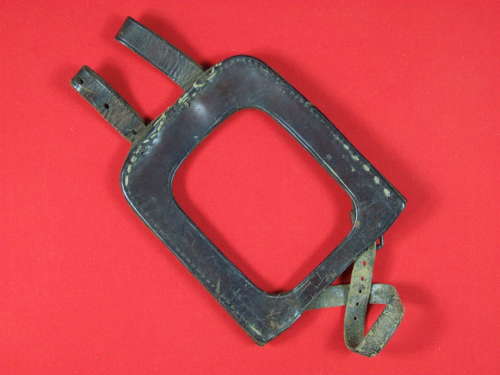 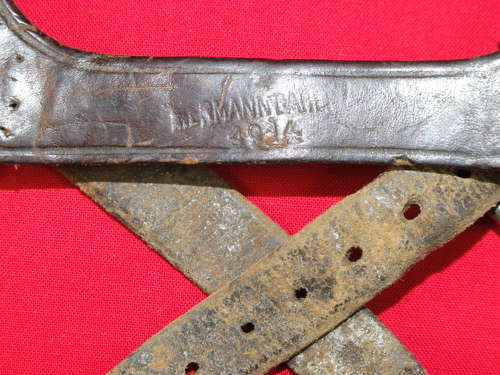 Finding such a perfectly matched pair is extremely difficult as the vast majority of WW1 German Entrenching Tools are simply not maker marked, this making a proper pairing virtually impossible. Here both items are not only matching maker marked but also bear an identical early date.

The Entrenching Tool has a scarce acceptance stamp for the 19th German Corps (2nd Royal Saxon). This Army Corps spent its entire time on the Western Front.

The Entrenching Tool is the classic M1898/09 type with the very discernible pattern specific riveted "turn-backs" to the top blade rim. Whilst the German Army used several subtly different versions this identifiably German-made standard issue pattern is easily the most sought after.

The Tool is in good condition throughout with no damage to the blade or handle, the handle free from damage or woodworm.

The Carrier is the M1909 type in brown leather, thankfully this having remained "un-blackened". True German WW1 Entrenching Carriers are very hard to find, most on the market in reality being from other nations such as Bulgaria.

The Carrier is in good condition throughout. The leather and stitching are strong with the hanging straps particularly so. Though not immediately noticeable both appear to have been nicely field reinforced.  The securing strap for the Bayonet also retains its full length. Generally, these straps are now found reduced in length making it impossible for the collector to attach the Bayonet to the Tool.

A perfectly matched WW1 German Entrenching Tool and Carrier pair. The first I have ever been able to offer.