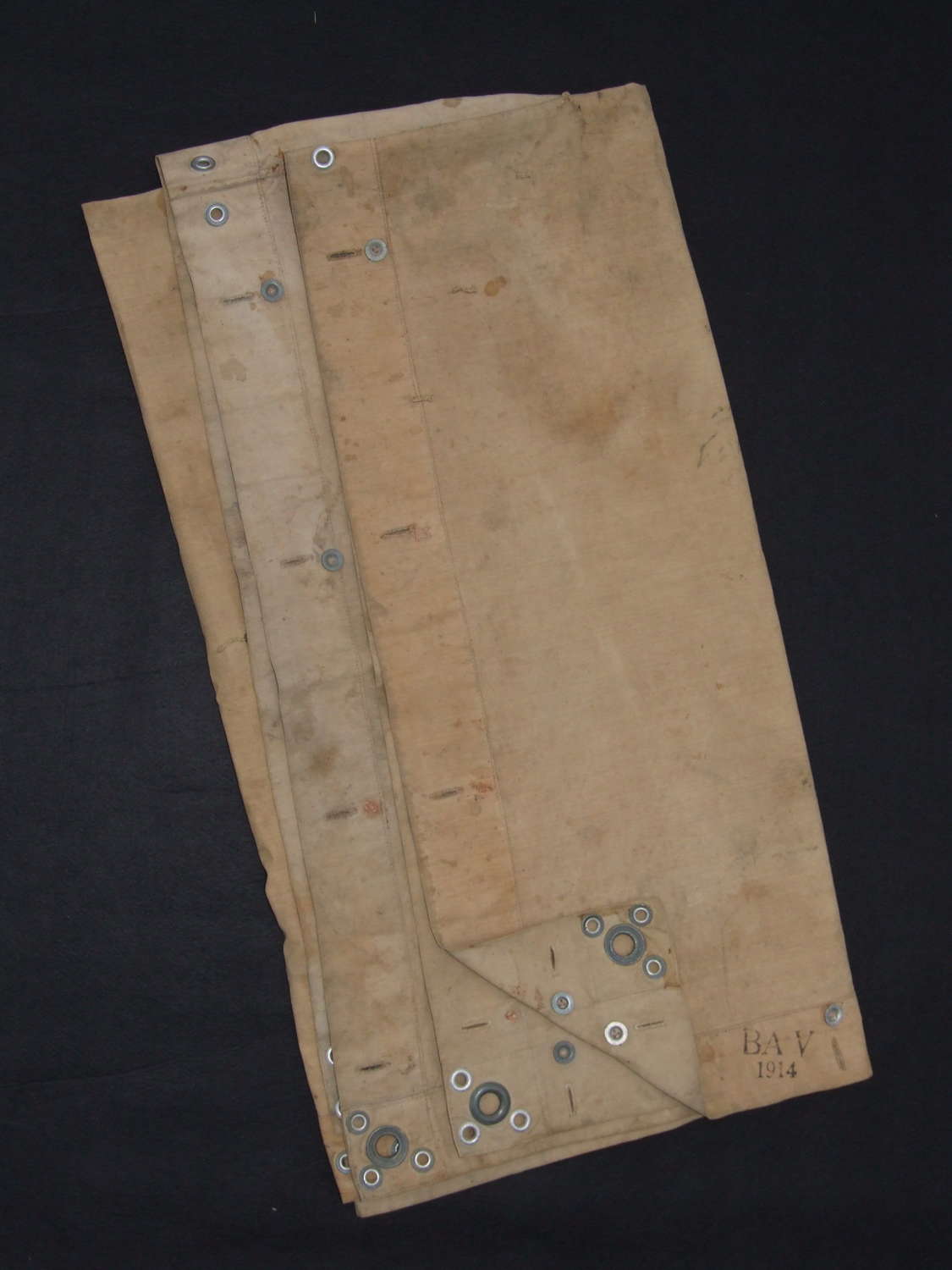 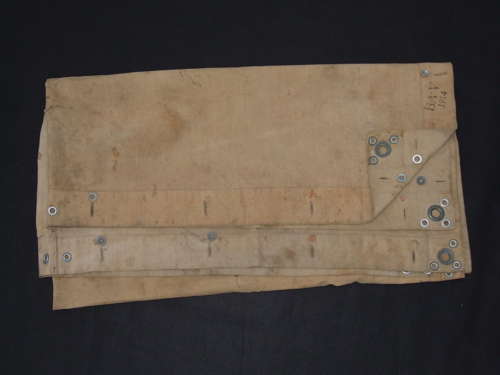 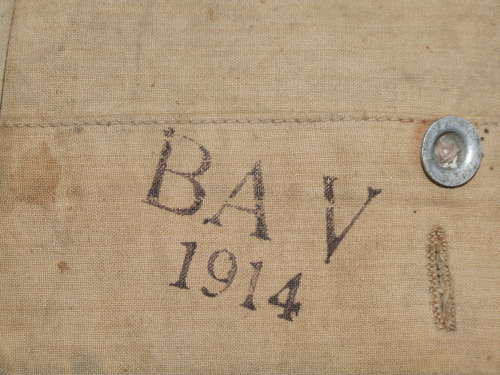 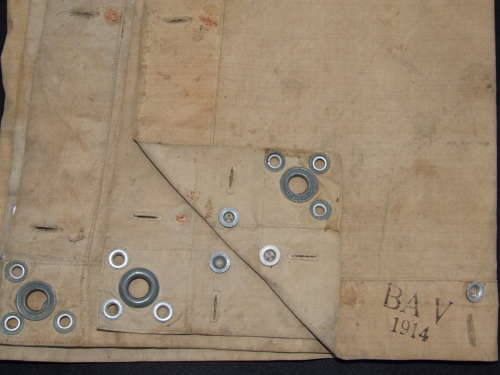 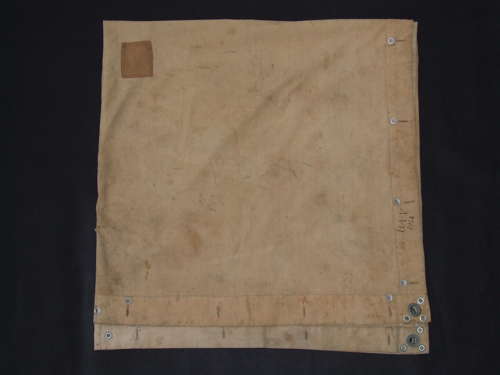 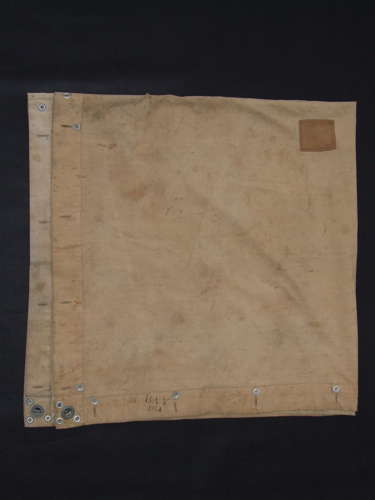 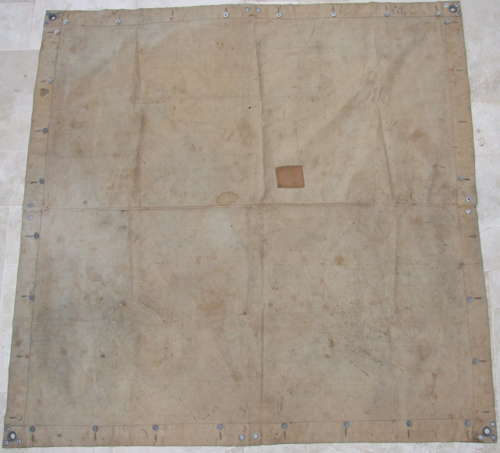 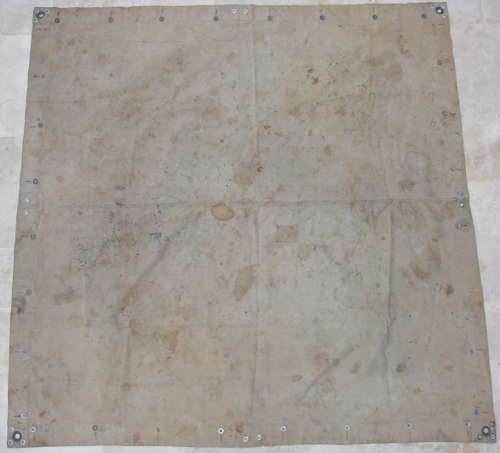 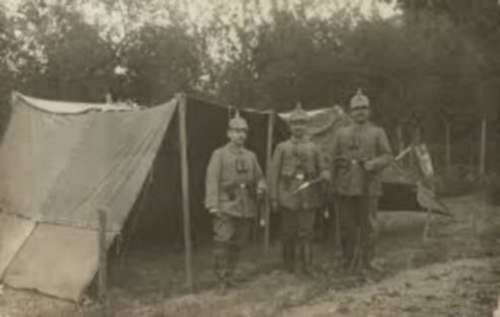 A very rare German M1892 Groundsheet (tent quarter) in the sought after light tan colour, this Groundsheet colour being the one the German Army went to war with in 1914 and are very noticeable in period photographs wrapped around every German soldier's Field Pack.

In 1915 the colour of the Groundsheets changed to "field grey”,  however any soldier already issued the M1892 version continued using it right to the end of the war and as such were used ‘til destruction no doubt explaining their exceptional rarity today.

Light tan Groundsheets are an indispensable part of any early war German representation but locating an example now presents a problem for the collector. Despite an extensive internet search I have not been able to find a similar example for sale anywhere.

This example  is in good service used condition overall. As is usual the light tan colour has faded a little, appealingly however it remains easily recognisable.

The metal fittings are an interesting mix of both the classic pre-war aluminium, and the wartime steel, this mix applying not only to the buttons but also to the eyelets. Rather nicely, such early war M1892 manufacture is exactly in keeping with the date of 1914 shown on its 5th Army Corps acceptance stamp.

The 5th Army Corps were part of the German Army’s famous “Schlieffen” Attack Plan of 1914, thereafter it remained on the Western Front for the duration.

The Groundsheet has a small, well executed Depot repair patching a hole whilst fortuitously retaining the vast majority of its buttons. Buttons missing being the norm under wartime conditions given the large number exposed on such Groundsheets.

A difficult item to find.