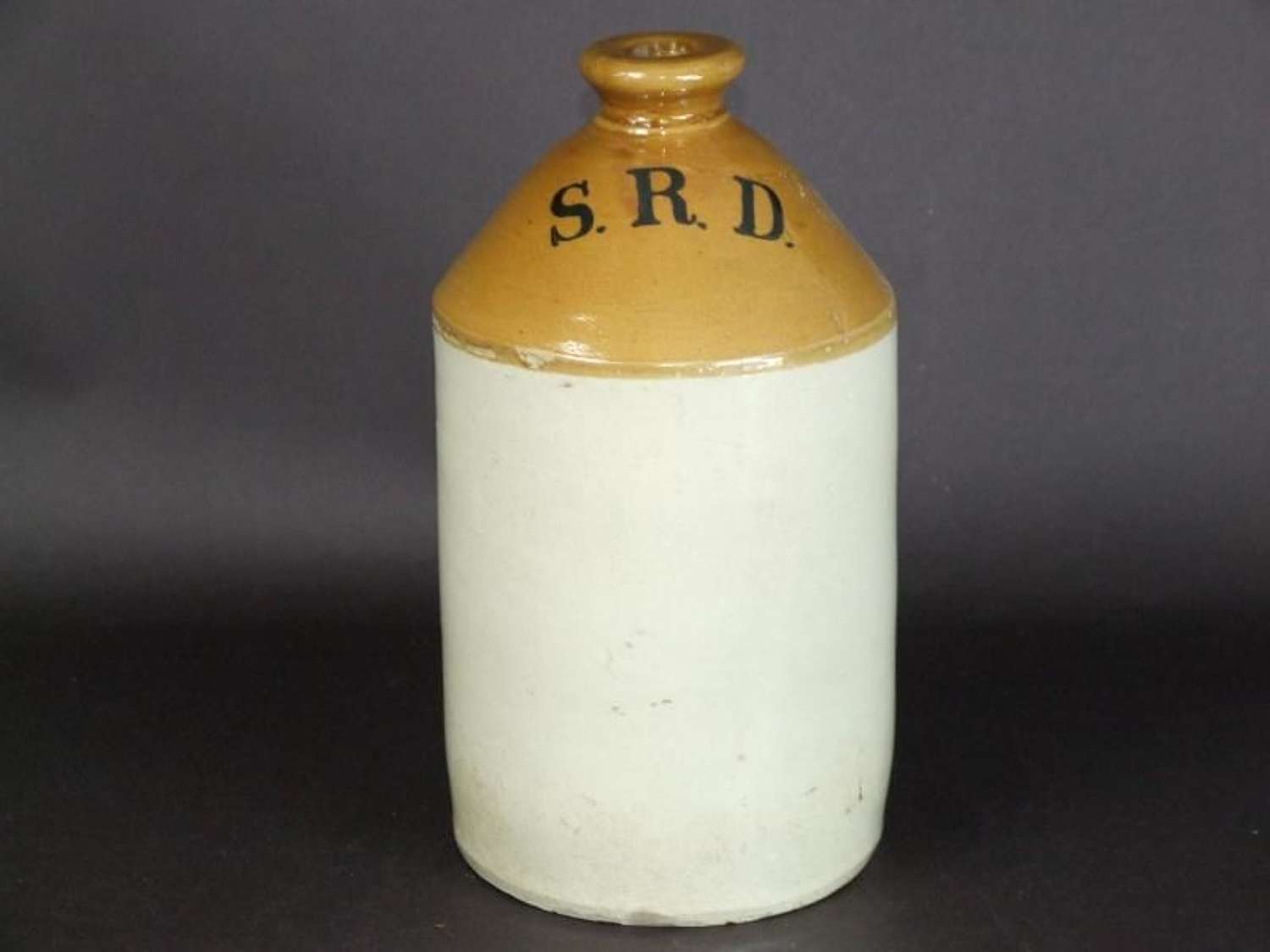 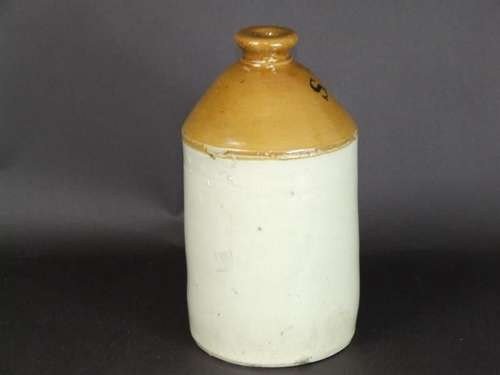 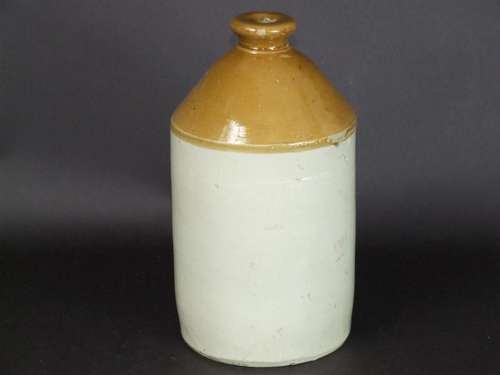 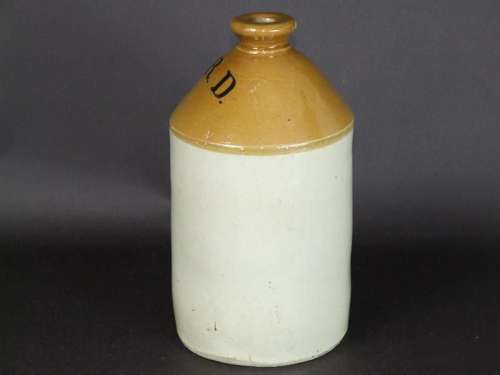 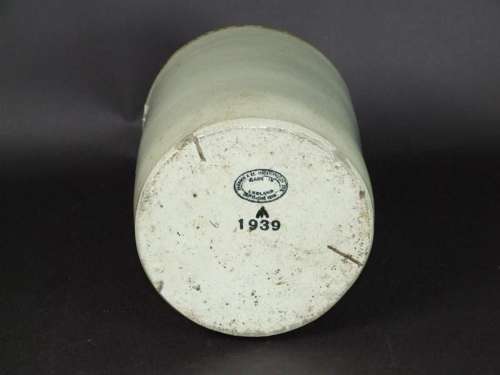 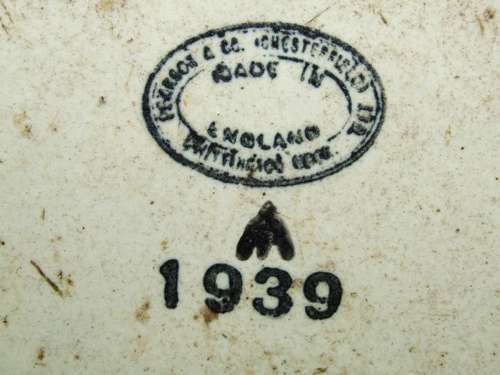 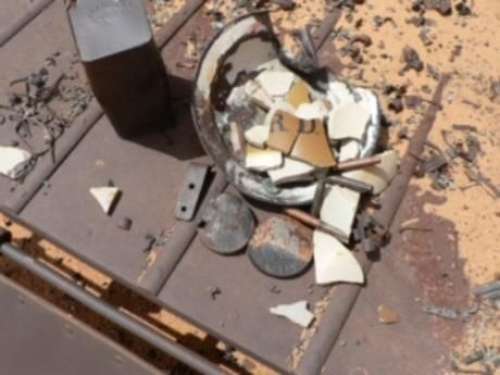 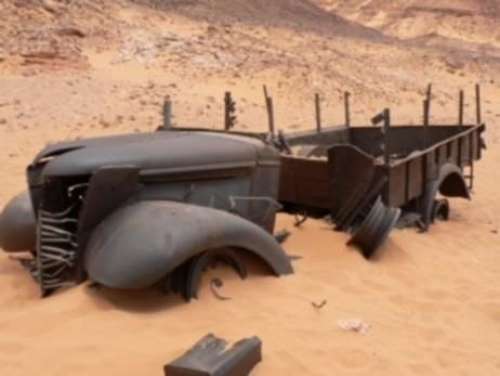 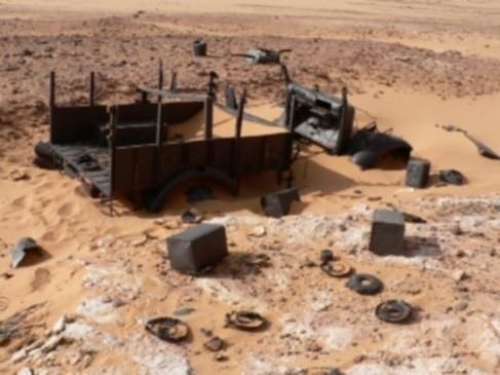 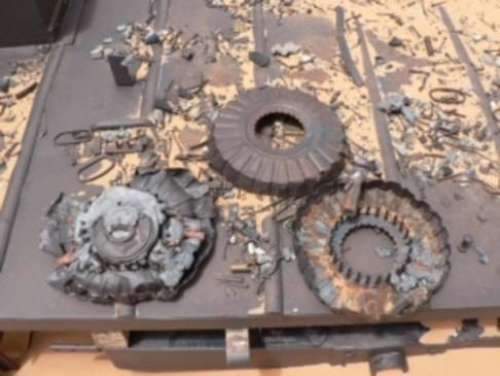 A Second World War period British Army Rum Jar marked with the letters 'SRD' (Supply Reserve Depot) in overall very good condition with no damage to its glazed earthenware construction.
Those that are encountered tend to be WW1 dated but this example carries a clear 1939 date and I have shown a fascinating photograph of the remains of one of these Jars in wrecked Long Range Desert Group Chevrolet Truck lying in the Western Desert and discover in 2009.
Soldiers on active service could be issued with 2.5 fluid ounces (one-eighth of a pint) of rum at the discretion of their commander or on the recommendation of their medical officer.
Standing approximately 330 mm in height and weighing 3.8kgs empty, the Jars attracted several interpretations of the lettering such as 'Seldom Reaches Destination', 'Service Rum Diluted' and 'Soon Runs Dry'.
Nice display backdrop item.