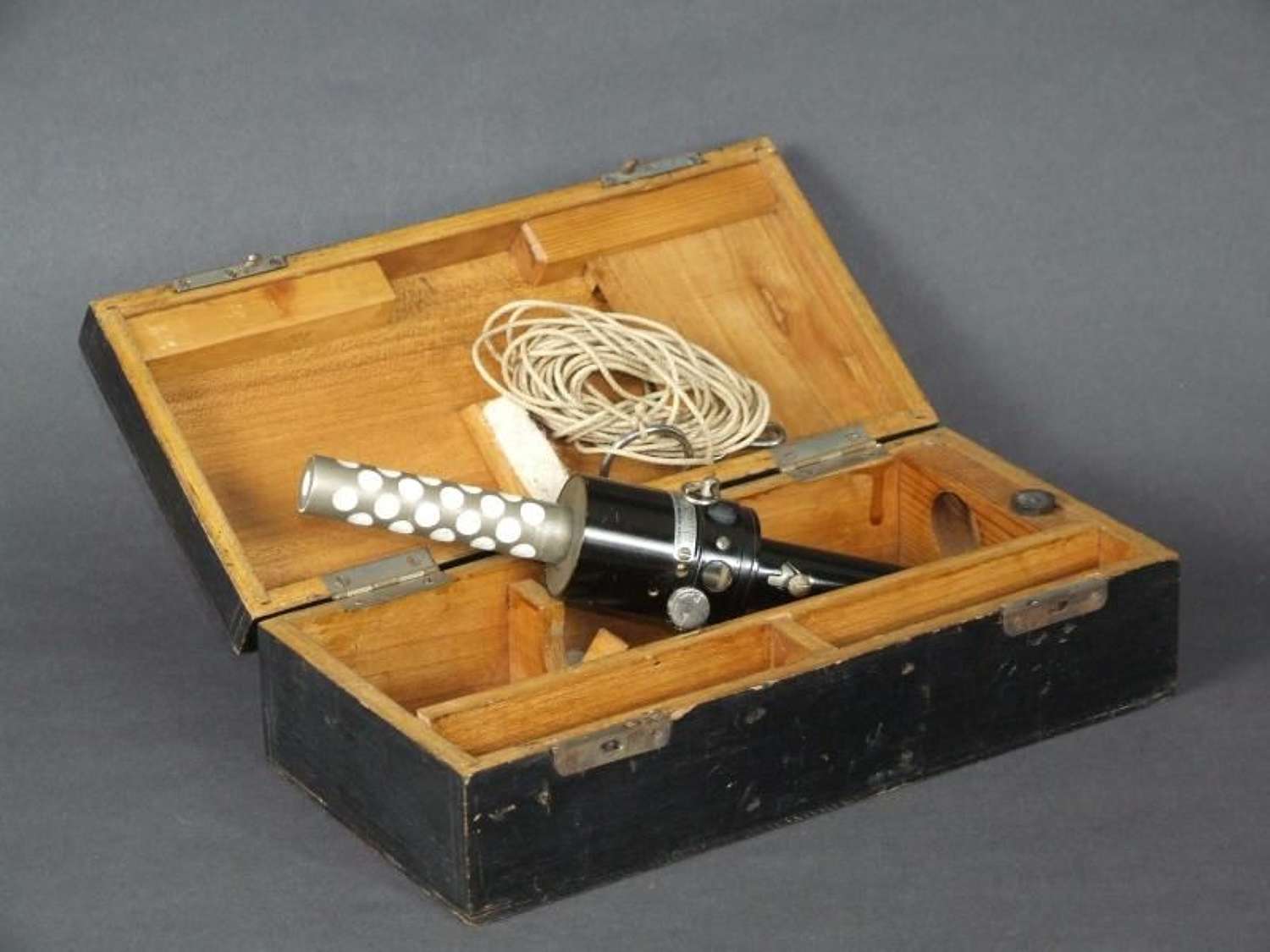 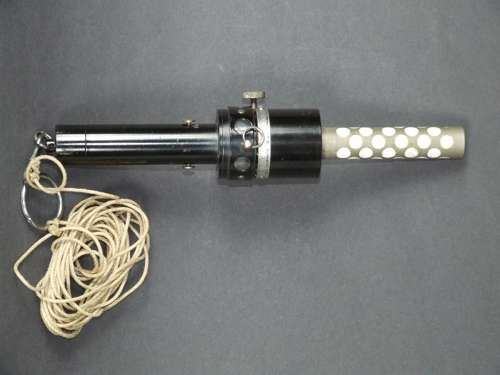 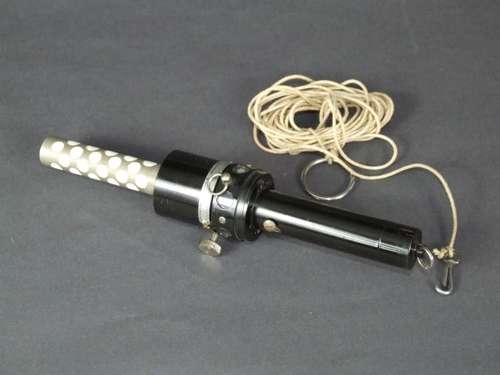 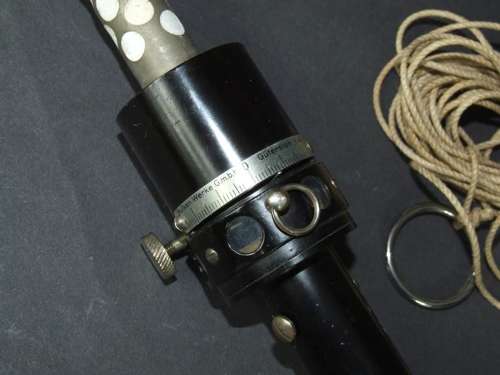 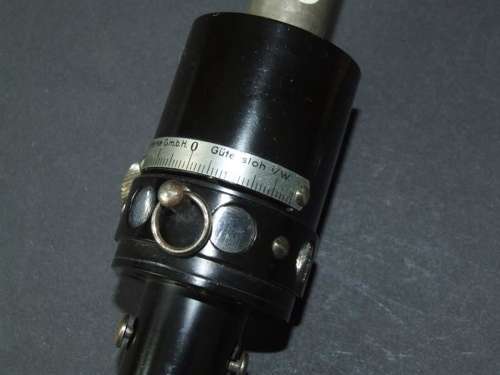 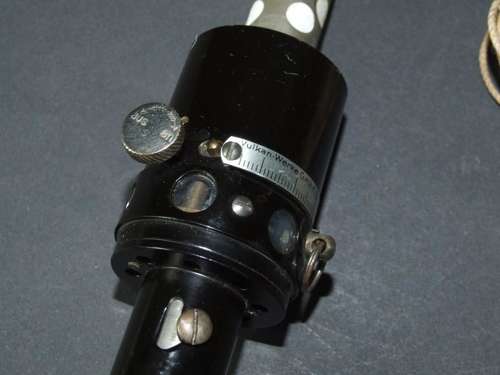 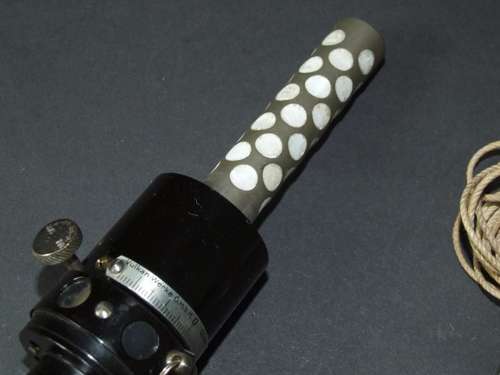 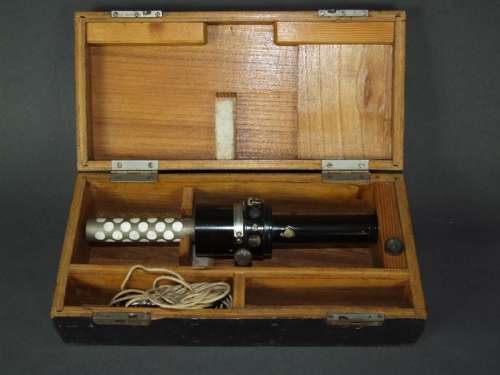 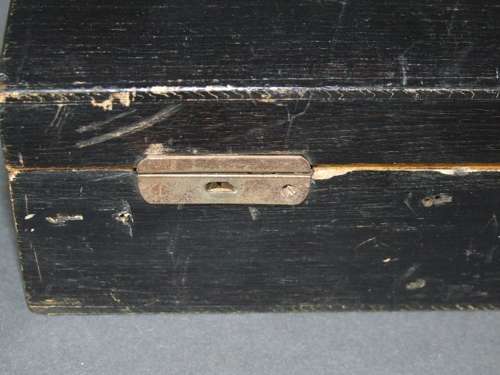 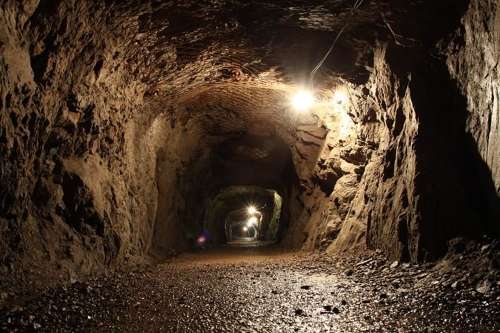 An interesting German Gas Detection instrument manufactured I believe during the inter war period and contained in itsâ€™ original wooden transit box with suspension cord and clips.
Overall condition of all components is very good with the exception of the spring loaded release buttons to the box which are both missing. Nevertheless the lid opens without difficulty.
The probe itself appears to be solid brass finished with a black enamel, the lower section taking batteries which I assume allows the illumination of a warning light when the sensor detects gas.
At centre is an adjusting wheel and graduated dial with the makerâ€™s name Vulkan-Werke G.m.b.H Gutersloh i/W. There are two rings allowing the instrument to be suspended both vertically and horizontally.
There are no military markings but early research suggests this company produced gas detection devices for use in ships,
Mines and tunnelling works.
The sensor is 25cm in length, the transit box 28cms.