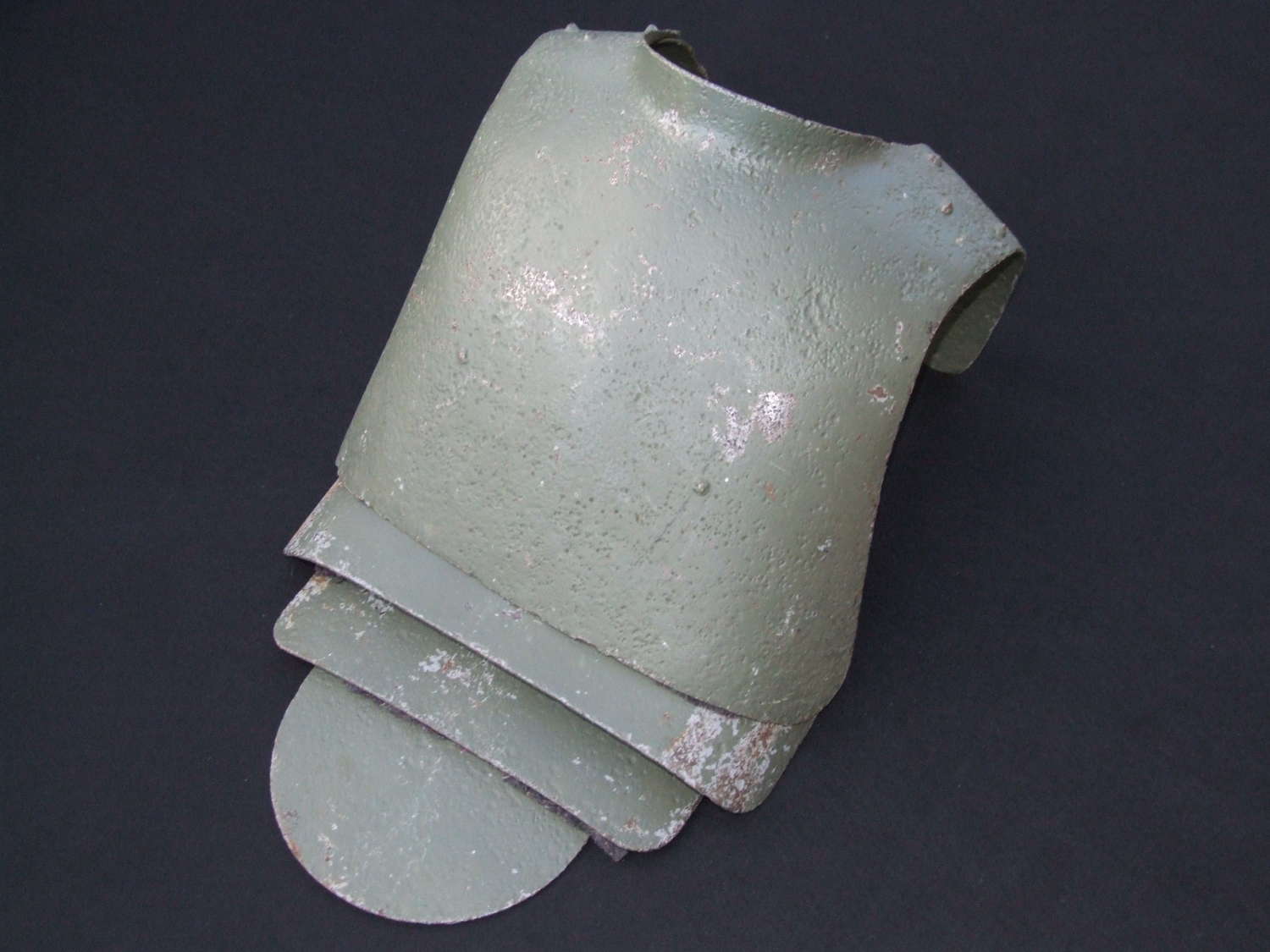 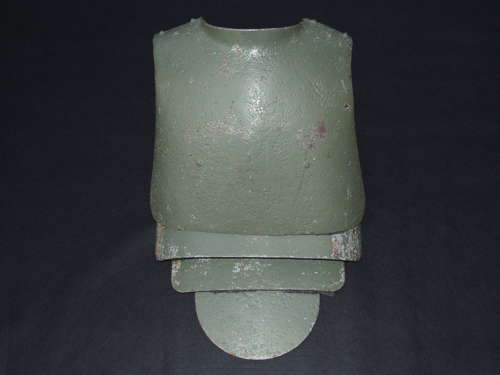 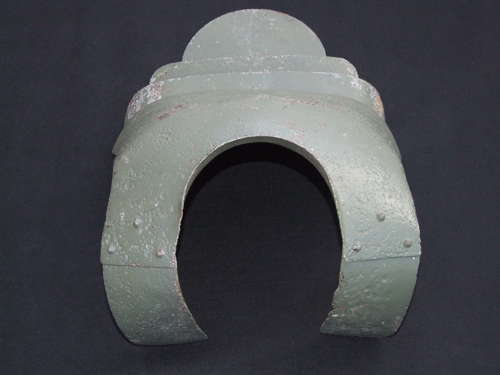 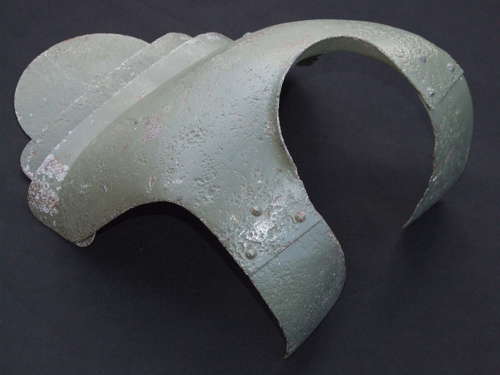 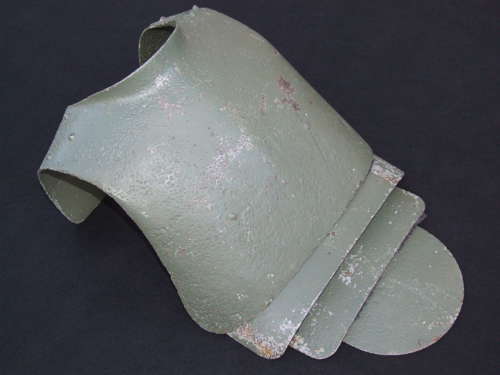 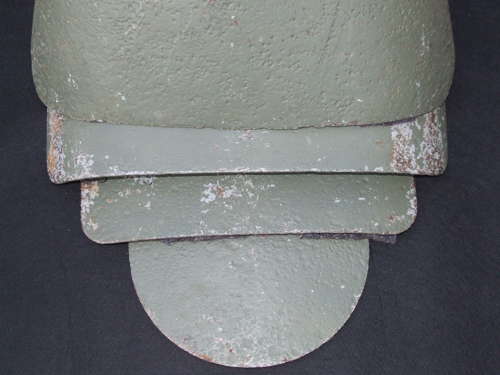 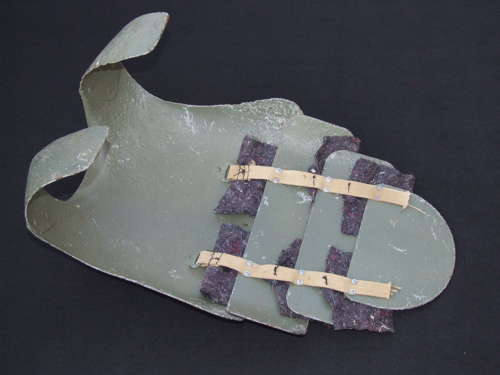 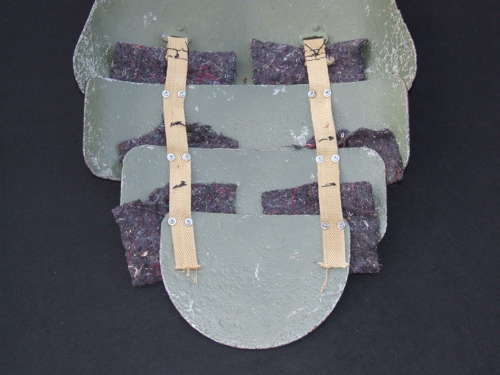 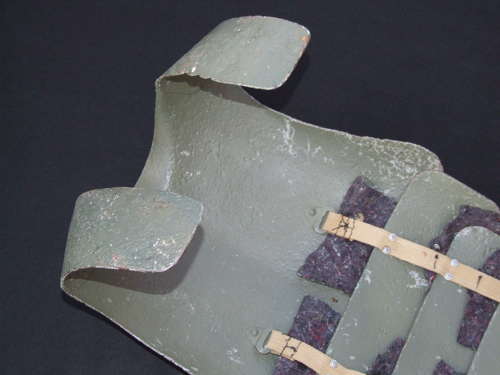 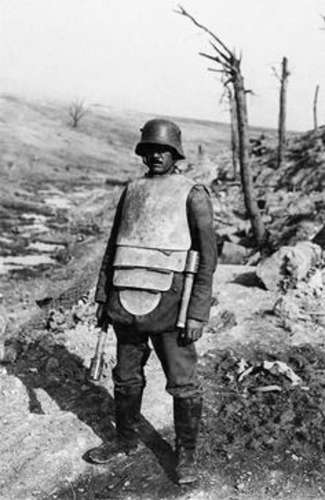 The German steel body armour (Grabenpanzer) is one of the most sought after items used by the German army in World War 1. This set is perhaps in ground dug condition but represents a very displayable set, sensibly priced

First introduced in March 1916 and intended for static troops such as snipers and machine gun crews, there were two different models this being the first. The German army ordered 500,000 Grabenpanzers, but it’s not certain if they were all delivered. Production of course ceased in 1918.

Constructed in a 3.25mm thick forged steel it comprises, a breastplate attached to two shoulder plates by three rivets each side and three lower plates originally hung by leather straps to allow freedom of movement. In this case the original straps are no longer present and these have been replaced with webbing straps with a heavy blanket material replacing the original felt pads intended to reduce noise.

There is moderate pitting overall but no rot and the original factory olive green finish has been nicely replicated.

A good example ideally suited to further restoration and improvement

This is a very heavy item. Any excess shipping charge made by the website will be refunded or by all means contact me in advance for an exact figure