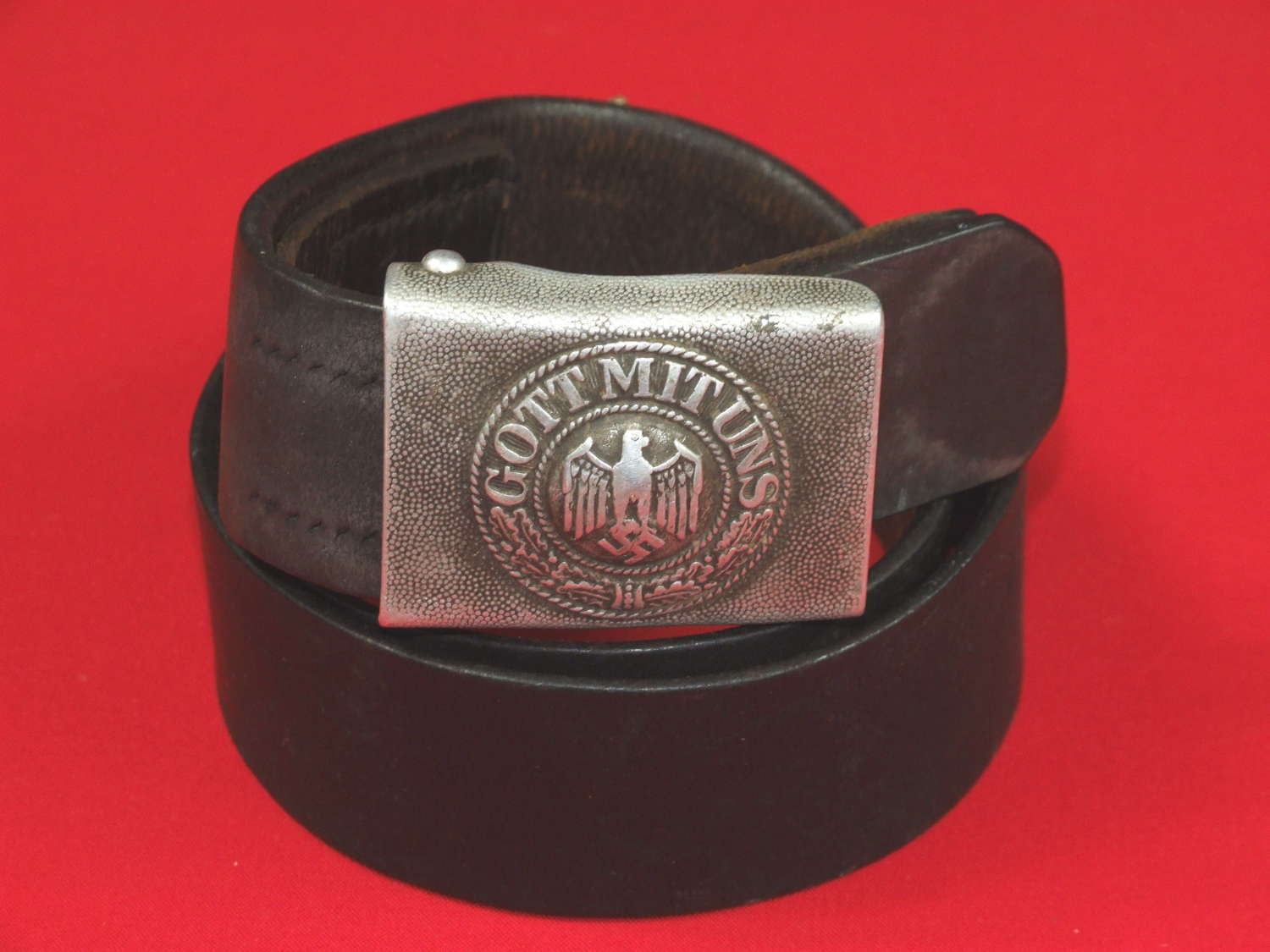 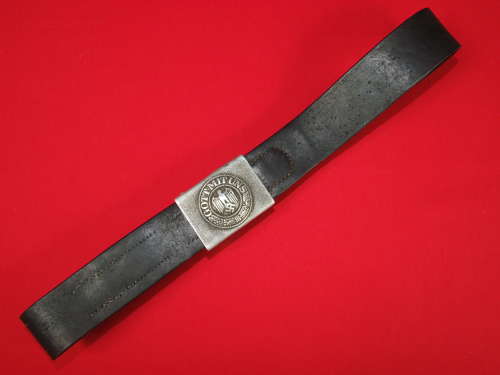 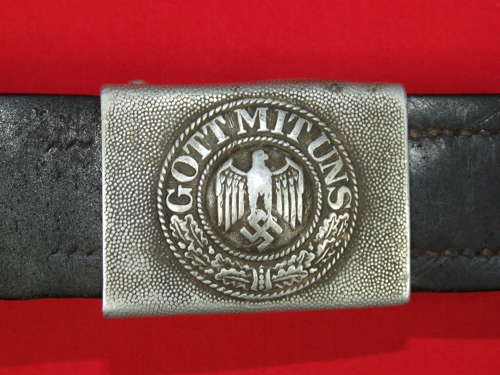 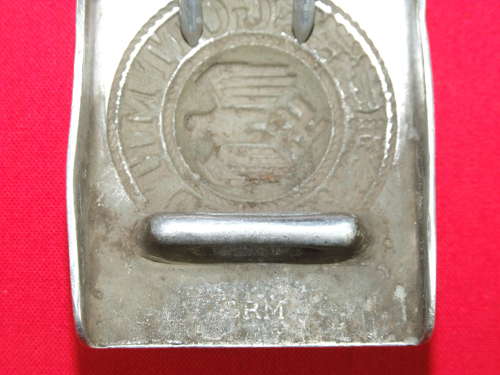 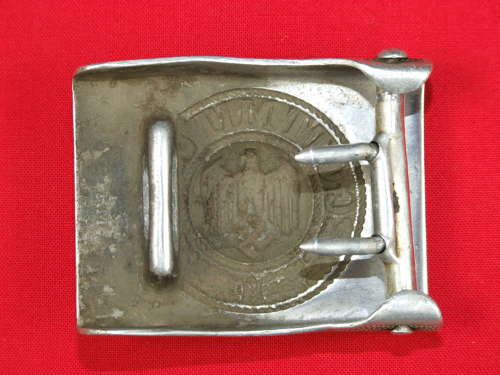 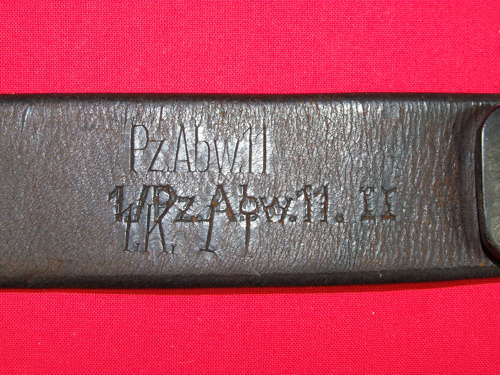 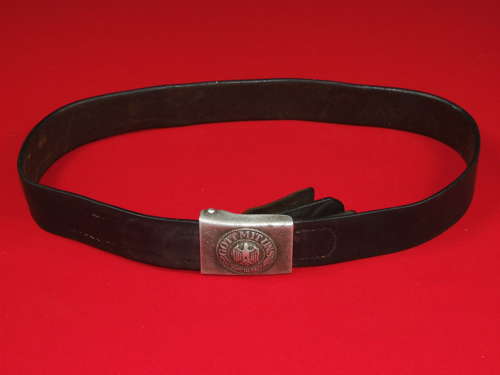 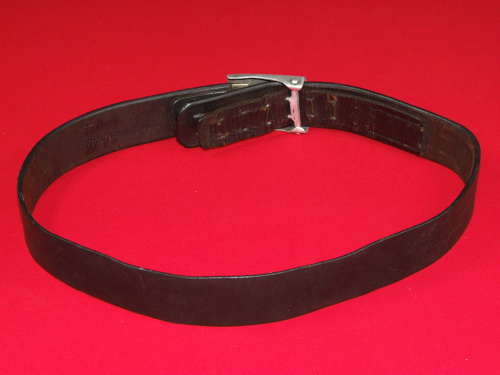 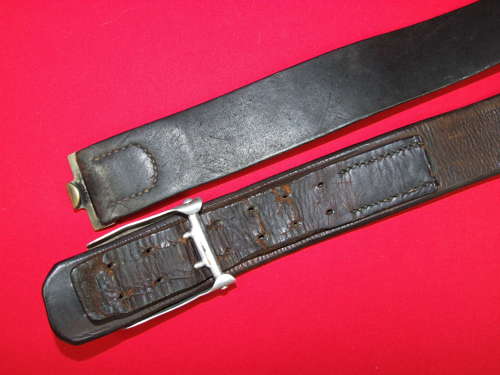 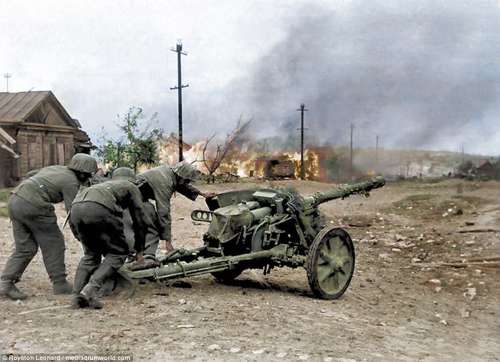 An absolute must for the advanced Belt Buckle collector is this unit marked Belt and Buckle by perhaps the rarest of all manufactures, Metallwarenfabrik Schmiedeberg/ Rsgb whose logo SRM appears raised on the reverse of the die cast aluminium Buckle.

It seems none of the recognised reference works list the maker and it was only after an extensive search of the internet that I found a discussion thread on a forum relating to SRM buckles and referring to them as one any “advanced collector” would aspire to.

The pebbled Buckle is in very good condition with just the usual wear to the eagle’s breast, the highest point on the Buckle.

The belt itself is no less exciting. A good size, the leather is undamaged and remains supple with all stitching firm and with excellent unit markings, 1. Pz. Abw.11.11. This pre dates the belt to April 1940 when the Panzer Abwehr became Panzer Jager. As far as I can establish this unit was a motorised anti tank unit and part of Infantry Regiment 11 which saw service during the invasion of Poland and was later on the Eastern Front.

There are further over stampings which require further research