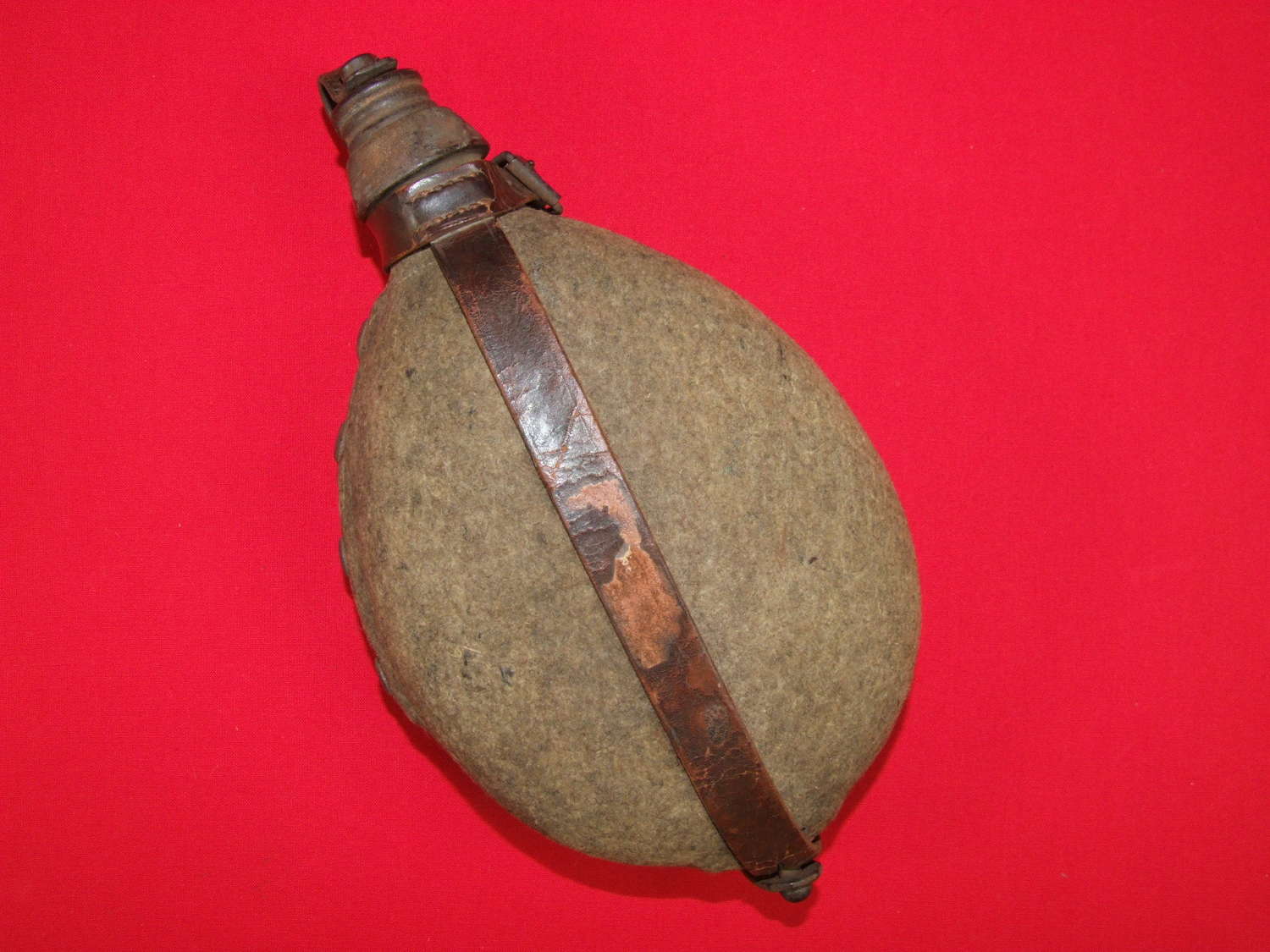 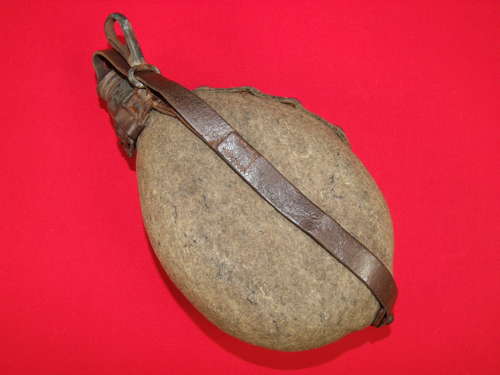 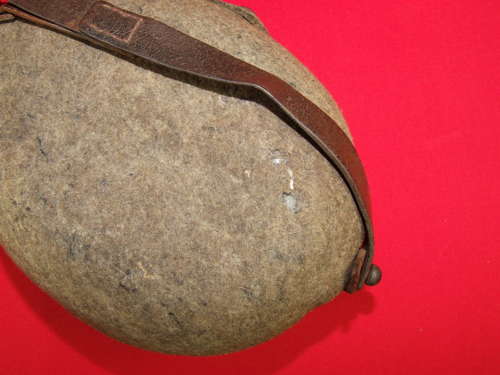 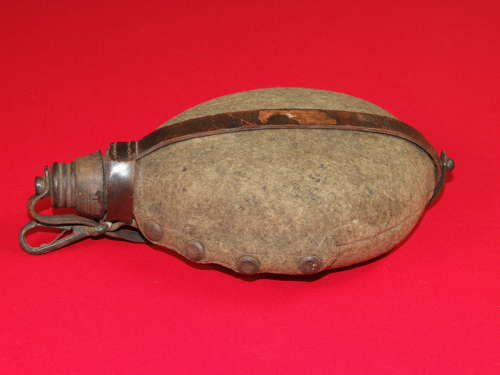 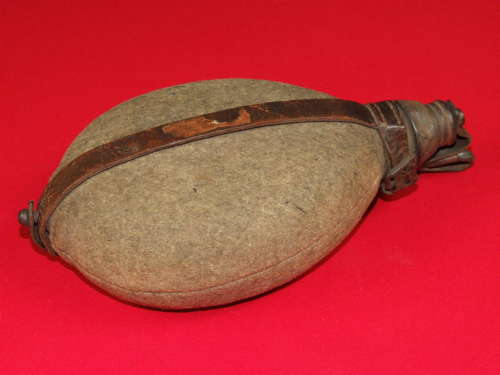 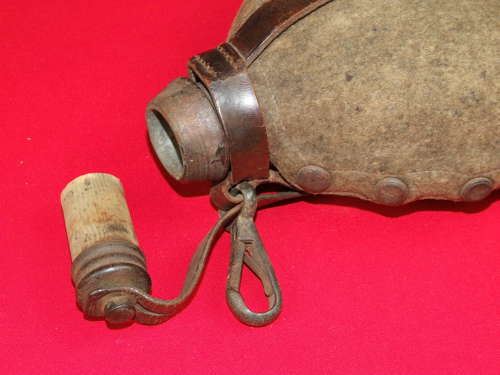 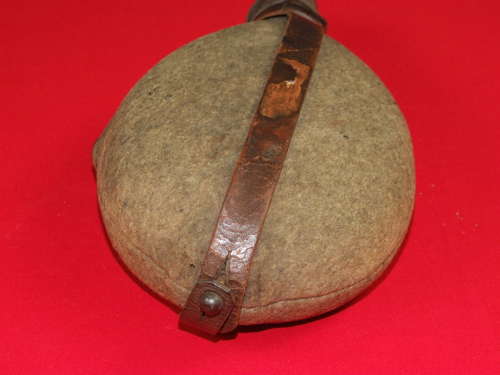 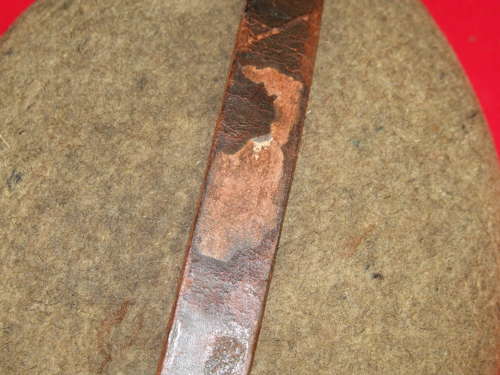 A very good example of an early WW1 German M15 Water Bottle. To save aluminium this pattern of Water Bottle was introduced in 1915 to replace the pre-War screw top aluminium type. Aside from having a cork and being made of steel, the design of the M15 Water Bottle followed very closely its pre-War counterpart. It had the classic press-studded wool felt cover as well as the pre-War type full leather harness to attach it to the Bread Bag.

As WW1 progressed German Water Bottles became more and more "Ersatz" in nature and this classic pre-War design all but disappeared from issue. The Bottle's leather harness was reduced to a solitary leather strap around the Bottles's neck and the cover was more often than not made in all manner of substitute materials. These later patterns are the type most commonly encountered by collectors today. Notwithstanding the later modifications however, the M15 Water Bottle was worn throughout WW1by all those already issued it.

The Water Bottle  is absolutely complete and in very good condition throughout. The Woollen Felt cover has some very light moth damage, its press studs working perfectly. The leather harness is equally pleasing. It too being completely without damage. The leather is very solid and pliable with all stitching strong, and the attached sprung hook also working perfectly. Wonderfully the leather retains its early War brown colour, this being blackened from 1916 onwards.