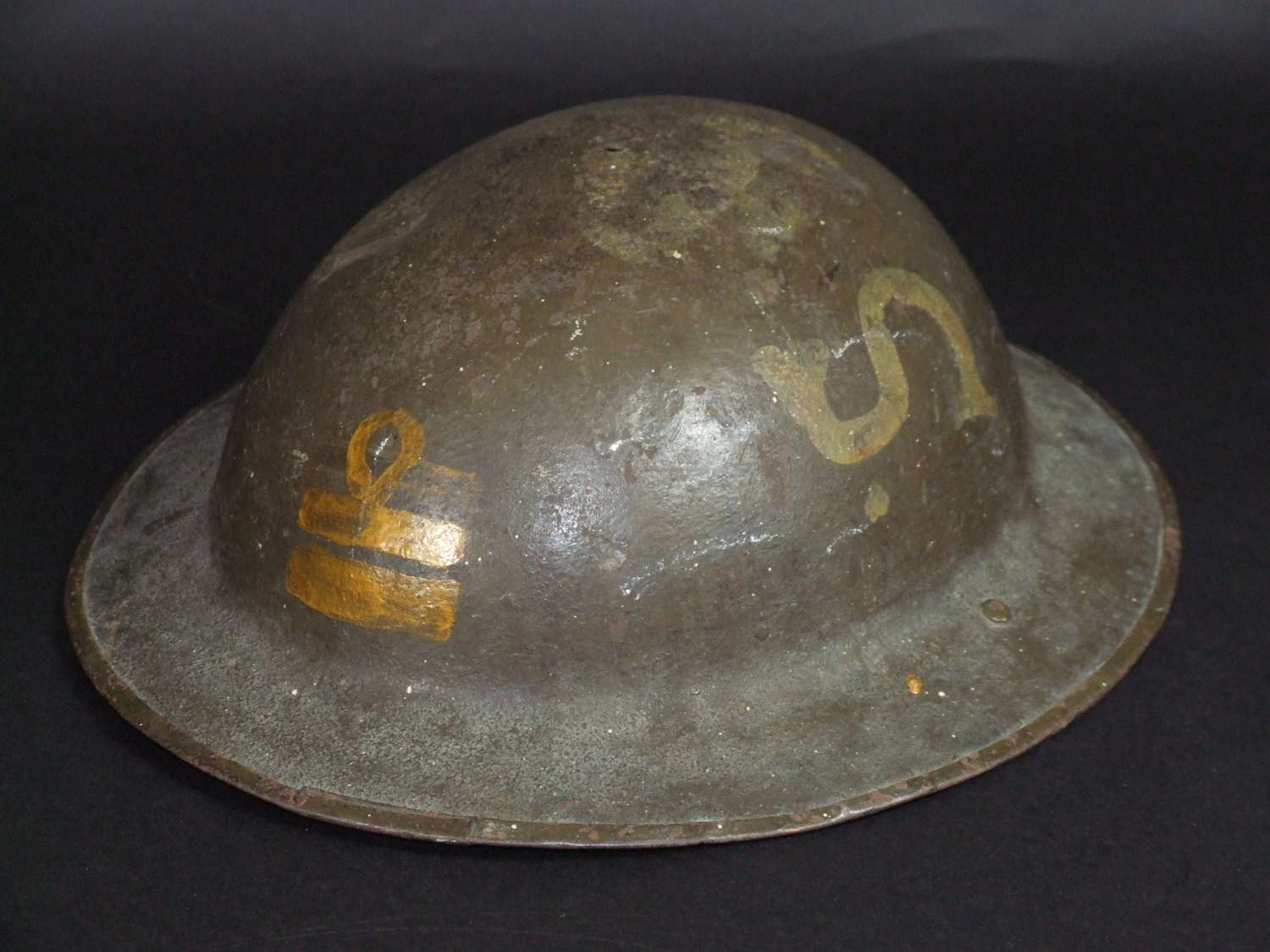 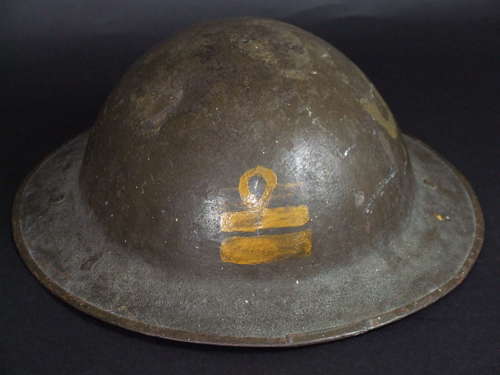 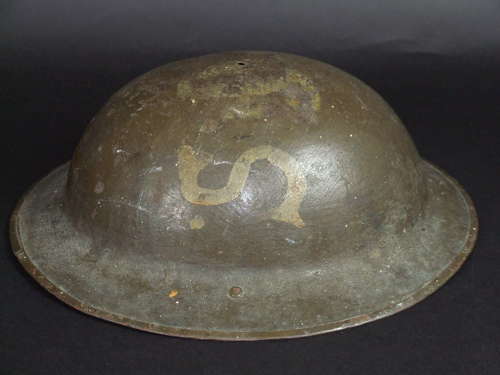 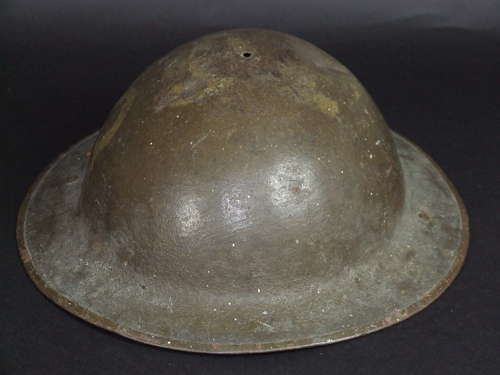 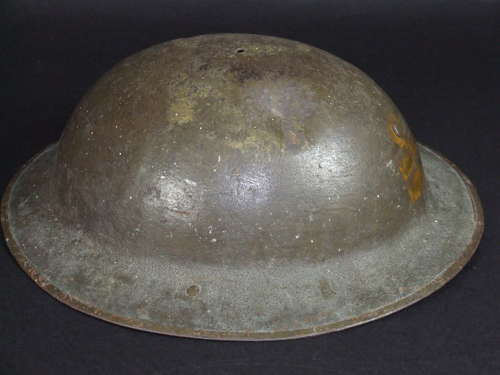 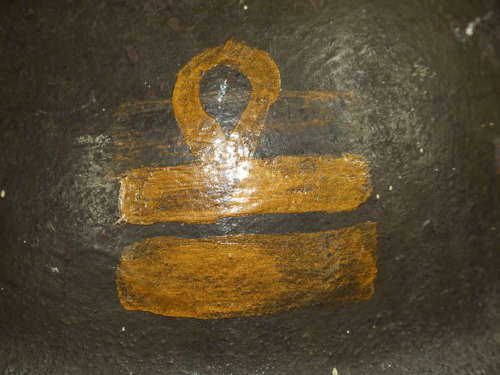 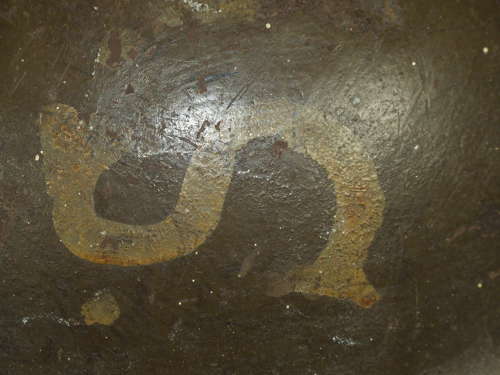 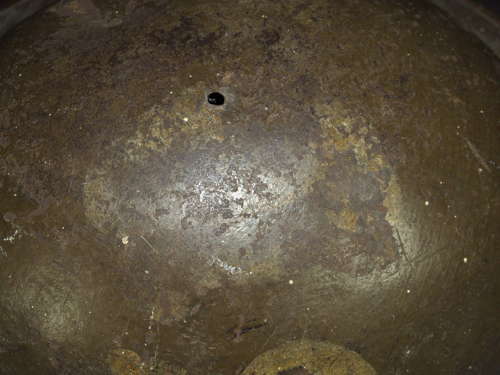 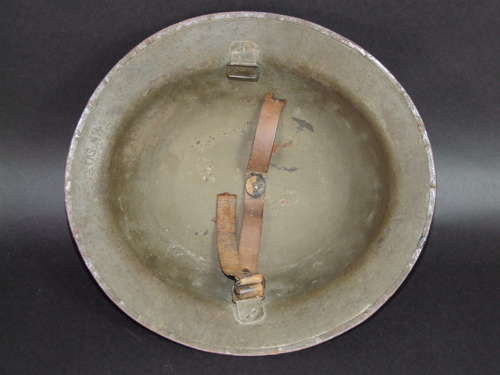 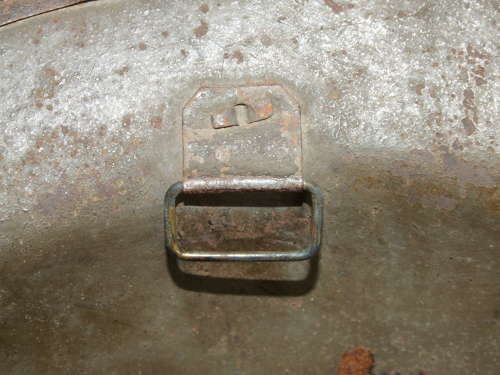 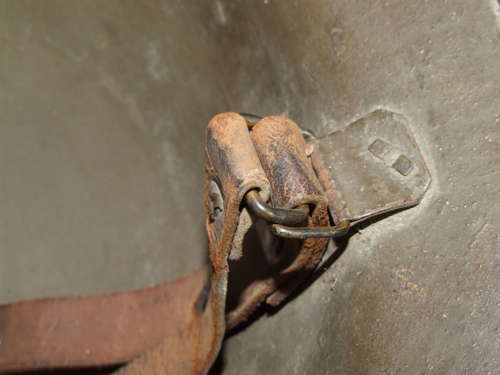 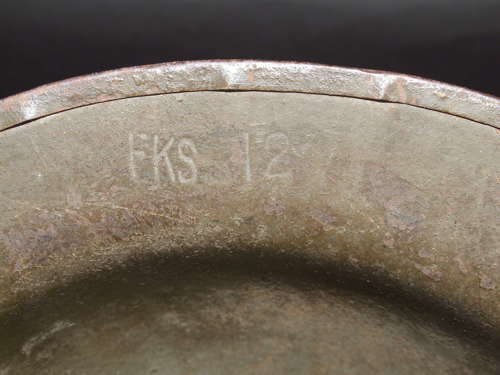 Despite the recent and worrying proliferation of British and German painted helmets from both wars, original period painted helmets are, and always have been, extremely rare. None more so than those of the WW1 Royal Naval Division  as we have here.

This WW1 Brodie Helmet carries the crudely painted rank insignia of a Lieutenant, a previous and presumably lower rank just visible beneath that. Across the top of the helmet are the remains of three letters, the last, an S being the only clearly discernible one.

The shell retains much of the original rough finish with one dent close to the top of the shell which shows in the pictures. Sadly, the liner is no longer present and only part of the chinstrap remains.