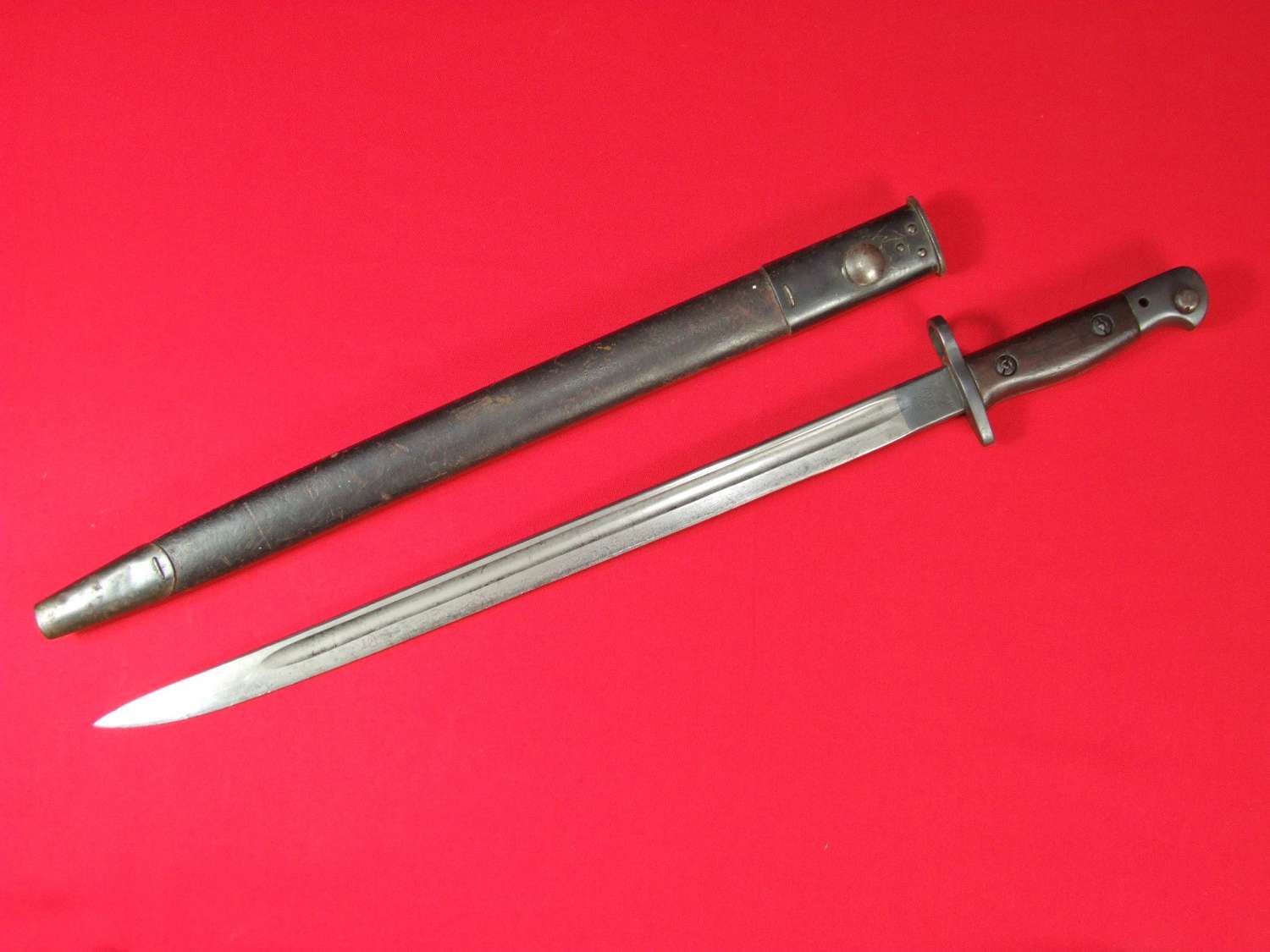 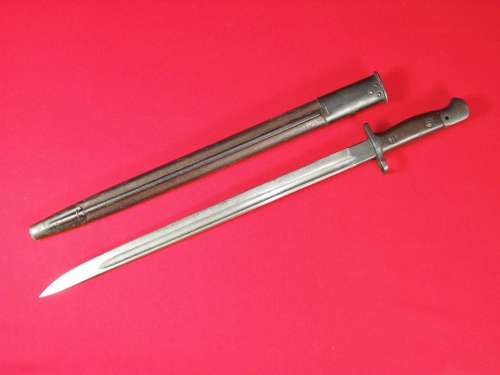 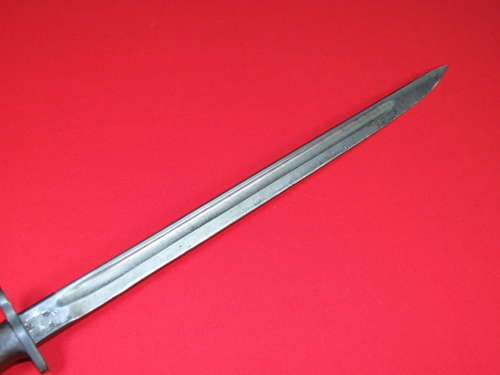 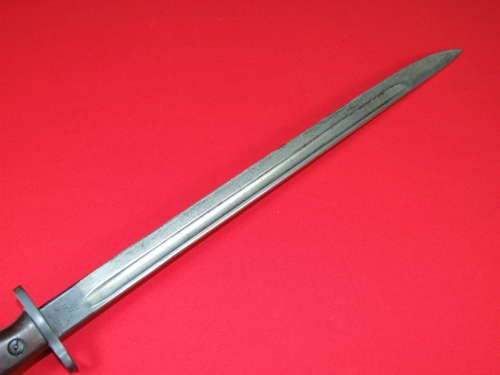 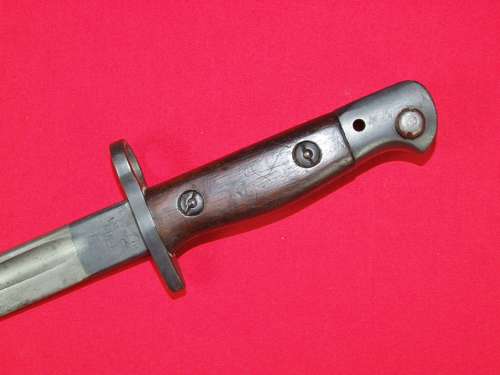 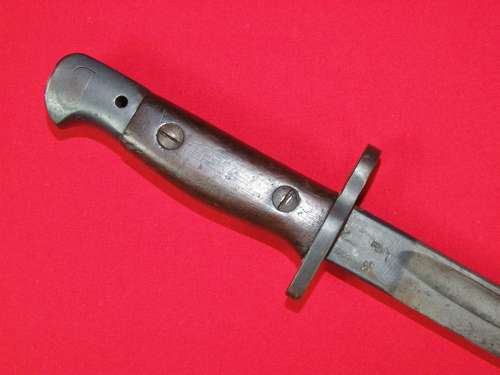 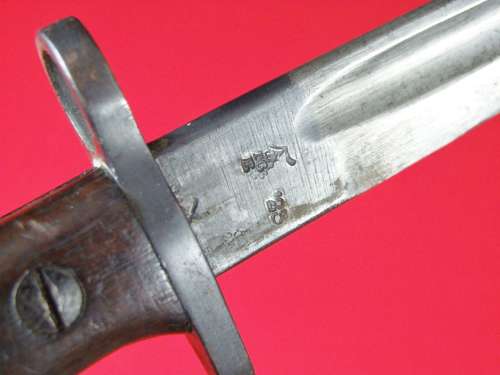 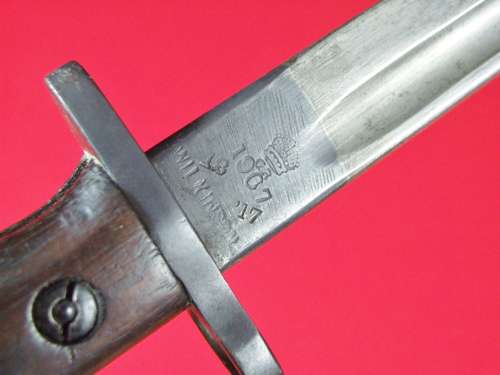 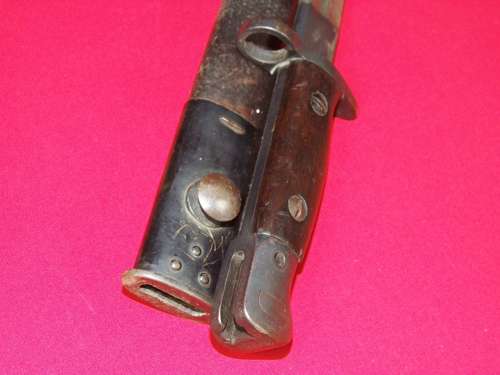 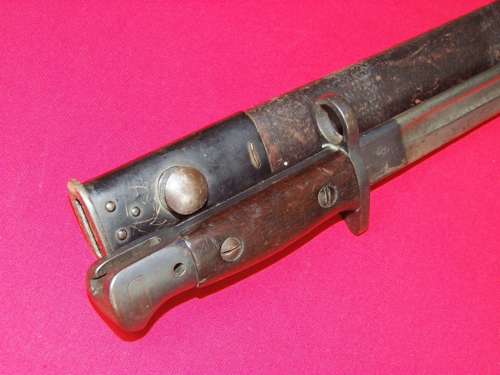 A very nice example of a British made Pattern 1907 Bayonet, officially called the Sword Bayonet, pattern 1907 designed to be used with the Short Magazine Lee Enfield rifle. The Pattern 1907 Bayonet was used by the British and Commonwealth forces throughout both the First and Second World Wars.
Overall condition is very good, the blade approximately 431mm in length and with the exception of a few minor nicks to the cutting edge, is free from damage.
Official marks are stamped onto the Bayonet's ricasso. On British manufactured bayonets as we have here the right side includes an 'X' bend-test mark, a broad arrow government acceptance mark, and two Royal Small Arms Factory appointed inspector's marks. On the left side is (12/17) the date of the bayonet's official inspection, the maker's name, Wilkinson and the reigning monarch's crown and royal cypher'GR' (George Rex).
The crossguard, spine and pommel retain virtually all of the original blueing, the grips showing only light bruising.
The scabbard is a fine example, the leather without damage and with all stitching intact with both top and bottom fitting retaining most of the blueing